As part of the IAAF’s continued pilot programme to measure air quality at stadiums around the world, the project's first air quality monitor in Asia was installed on Friday (10) at Yokohama International Stadium on the eve of the IAAF World Relays Yokohama 2019.

IAAF President Sebastian Coe, accompanied by JAAF President and IAAF Council Member Hiroshi Yokokawa, switched on the device at the warm-up track at Yokohama International Stadium, the fifth installed at athletics stadiums as part of the IAAF’s five-year partnership with UN Environment, which is designed to create greater global awareness and promote action on air pollution. Another device was also installed in the stadium itself.

The first air quality monitor was installed in Monaco in September, the second in Addis Ababa in November, the third in Sydney in January and most recently in Mexico City, also in January.

The ultimate aim of the programme is to develop an air quality monitoring network linking 1000 IAAF-certified tracks around the world.

IAAF Health & Science Department Director Stéphane Bermon and department manager Paolo Emilio Adami and members of their staff were also present at the launch. The IAAF Health and Science Department continues to study the correlation between air quality and athlete performance, following on from its preliminary research which found a performance reduction in highly polluted environments.

The monitoring devices, produced by the Spanish firm Kunak, will collect real time air quality data, measuring levels of several pollutants including PM2.5 (particles), PM10, O3 and NO2, which research shows are the four main elements that have an impact on the performance of athletes. Miguel Escribano, Business development manager at Kunak, also attended. 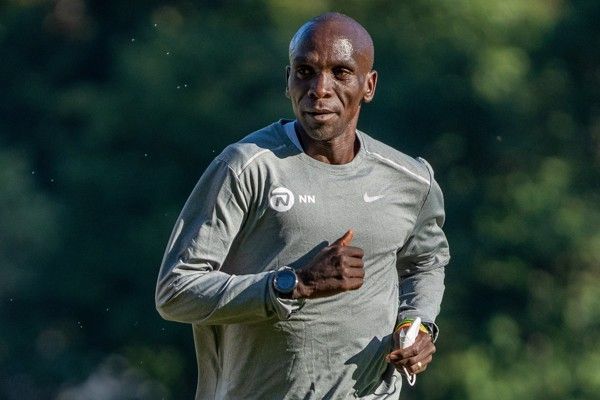 Kipchoge: "We must protect that which provides us with clean air" 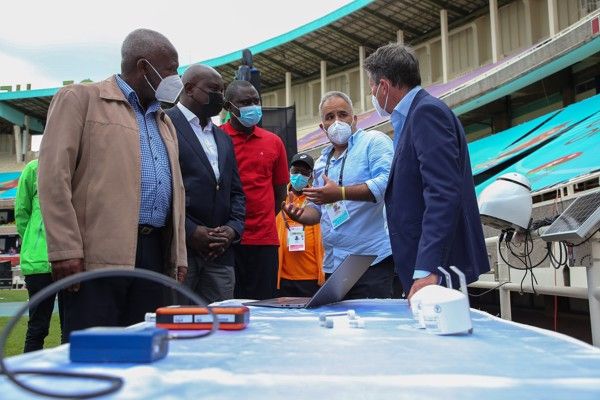