The First Lady of Kenya Margaret Kenyatta has applauded Kenyan athletes for using their visibility and global prominence to promote awareness on climate change and healthy living.

Kenyatta said that through Athletics Kenya, with the backing of World Athletics and other partners, Kenyan athletes had helped to raise the prominence of climate action during last year's World Athletics U20 Championships held in Nairobi.

“It is an immense honour and commitment for Athletics Kenya to lead the nation in the climate action campaign, and making it a legacy of the World Athletics U20 Championships through the partnership it has forged with UNEP and the Stockholm Environment Institute,” Kenyatta noted.

Kenyatta spoke at State House, Nairobi, where she received a replica relay baton from Athletics Kenya President Jackson Tuwei for her stewardship as the patron of last year's World Athletics U20 Championships.

The baton, given to Athletics Kenya during the signing of the United Nations Framework Convention on Climate Change (UNFCCC) in August 2021 for delivery to Kenyatta, is also in recognition of Kenya's leading role as a global green sporting destination. 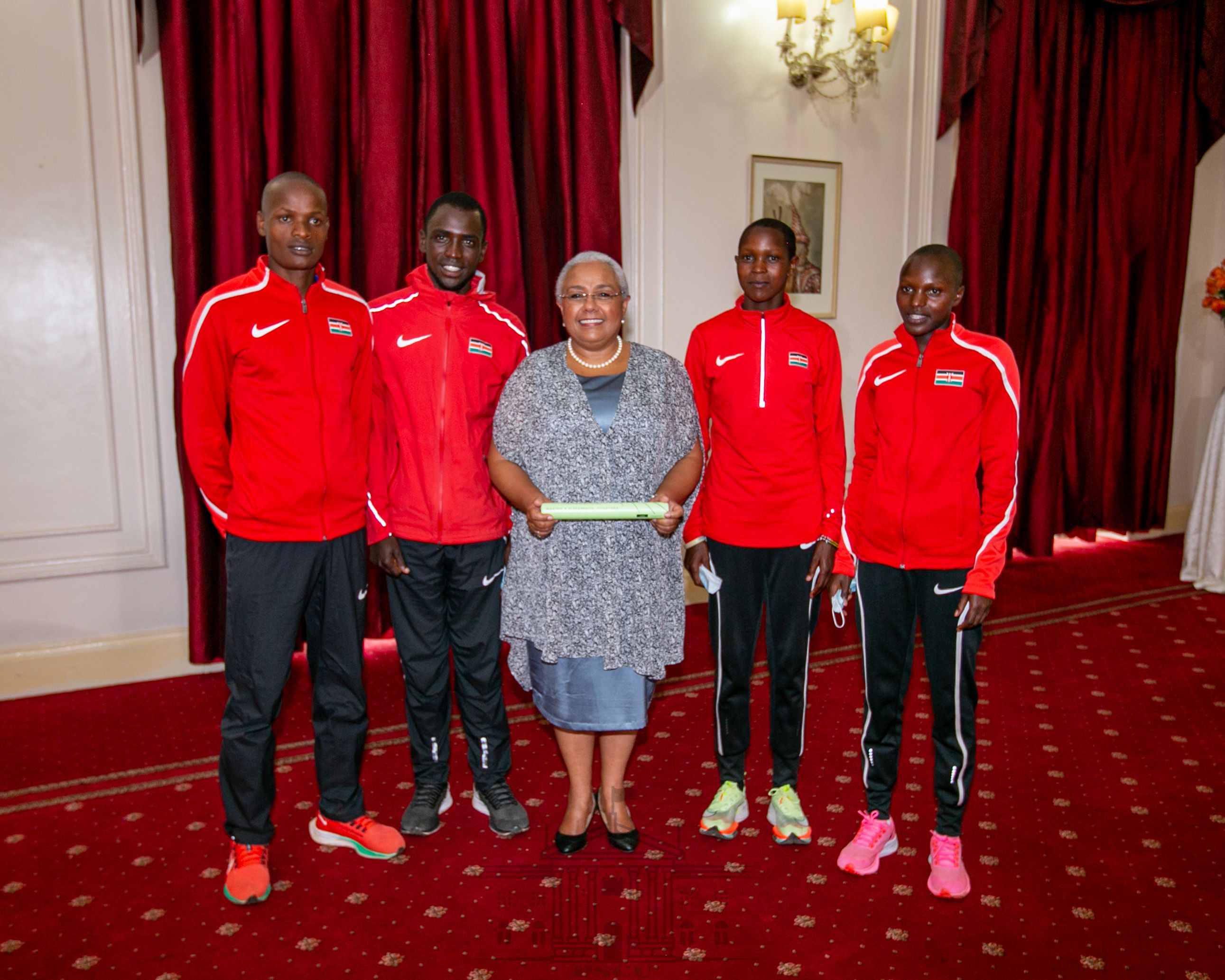 “Today, the global community faces a crucial marathon for climate action,” said Tuwei at the handing of the baton to the First Lady. “Just a few days ago, Kenya celebrated Peres Jepchirchir and Evans Chebet winning at the Boston Marathon. An incredible performance that you yourself know first-hand having run the London Marathon.

“To finish such a race, it takes months of outdoor training and also hours of inhaling whatever is in the air. To safeguard the health of our athletes, children and communities, Athletics Kenya is committed to campaigning and taking action for the well-being of its athletes and communities in general.”

He added: “In an athletics event, a relay race is viewed as an ultimate example of team work and coordination, while in ancient Greece where the concept originated, a ‘message stick’ was passed via a number of couriers. As the world faces the climate emergency crisis, collectively we need to live the ideals of the relay concept so as to achieve climate action goals.

“This baton signifies that we cannot do it alone but need you and both local and national governments around the world to work together hand in hand so that we win this marathon of climate action.”

At the ceremony, also attended by Cabinet Secretary for Sports, Culture and Heritage Amina Mohamed, Kenyatta congratulated Athletics Kenya for being the first World Athletics member federation to sign the UNFCCC.

Once again, she thanked Kenyan athletes for being excellent brand ambassadors of Kenya on the global stage through their sporting exploits.

“It therefore comes as no surprise that Athletics Kenya is recognised as one of the leading athletics federations in the world; to become the first World Athletics member federation to sign the United Nations Framework Convention on Climate Change,” she said.

She added that the climate action agenda being advanced by Athletics Kenya and its partners resonates well with her Beyond Zero initiative, and pledged support for the World Athletics Air Quality project as a way of protecting the health and lives of Kenyans, especially women, children and vulnerable communities.

The First Lady said the signing of the UNFCCC by Athletics Kenya was an honour to Kenya’s Nobel Peace Prize Laureate, the late Professor Wangari Maathai, for her contribution to sustainable development, democracy and peace.

“The signing of this commitment, and the significance of this baton, also honours the work of the first African woman to win the Nobel Peace Prize back in 2004, the late Professor Wangari Maathai for her contribution to sustainable development, democracy and peace,” she said.

On sports management, Kenyatta commended the sports ministry led by Dr Mohamed, its agencies and partners for their commitment and sustained efforts aimed at growing Kenya's enviable global rating as an athletics powerhouse.

“I applaud the commitment of the Ministry of Sports, Culture and Heritage, Athletics Kenya and the entire athletics fraternity, for ensuring that athletics remains the number one sport that continues to raise our status as a global powerhouse,” Kenyatta said. 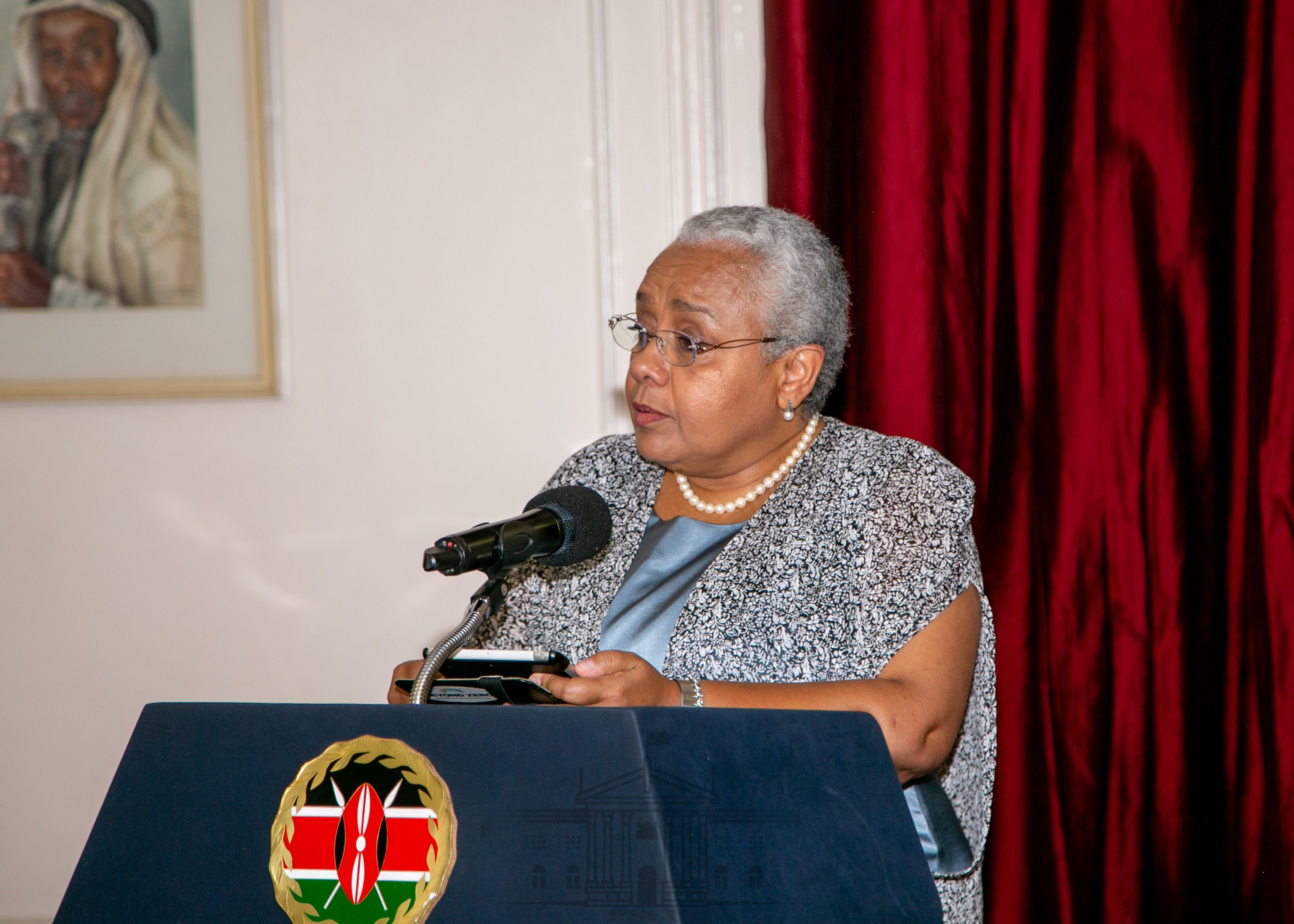 In her remarks, Dr Mohamed said the baton presented to the First Lady was a coveted global recognition by the United Nations for Kenya's prowess in athletics and environmental conservation.

“I wish to thank World Athletics for recognising the important role that the government plays in highlighting and addressing environmental issues through the Clean Air Campaign,” she said. “I wish to commend Athletics Kenya, led by General Jackson Tuwei, for not only being the first national athletics federation to join World Athletics as a signatory of the United Nations Framework Convention on Climate Change but also advocating for environmental conservation within the athletics community.”

Addressing Kenyatta, Dr Mohamed added: “I would like to thank you for your immense contribution to the well-being of our women, especially in rural areas and informal settlements in urban centres, through the Beyond Zero campaign. Your commitment to promoting maternal health and reducing infant mortality has given hope to millions of women across the country who had for years been shackled in a state of hopelessness and despair.

“As a Ministry, we fully support your vision to inspire action and change lives. We are ready to work with you in organising women sports tournaments as a sensitisation tool for promoting maternal health and echo the driving mantra of the Beyond Zero campaign that: ‘no woman should die while giving birth’.

“We promise to continue using sports as a megaphone to sensitise Kenyans on the importance of conserving the environment, because, in the words of former US President Barack Obama, ‘we are the first generation to feel the effects of climate change, and the last generation that can do something about it.’” 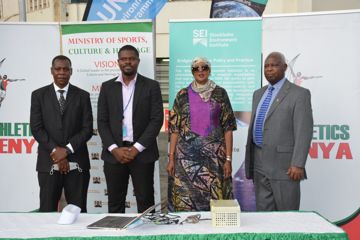 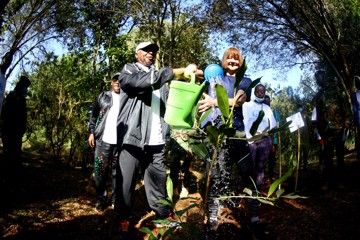 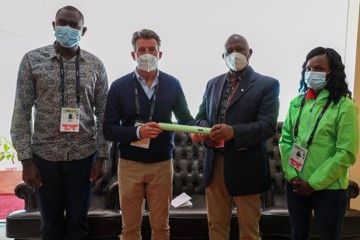