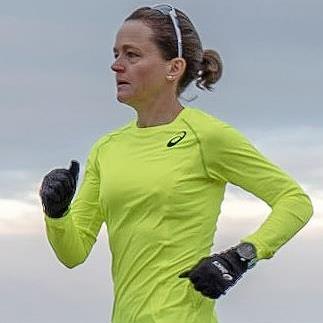 If you’re looking forward to watching the Tokyo Olympics and Paralympics, you might be thinking about learning a few words of Japanese.

The host nation’s language is one of the hardest in the world to learn, with three separate alphabets and about 2000 characters in common use. But there are plenty of wonderful features of Japanese too.

All characters can be read in more than one way (some in many ways!) and with so many characters, that means there are a huge number of words which sound (nearly) the same but have different meanings. The word ‘hashi’ means ‘bridge’ or ‘chopsticks’, depending on your intonation.

Another feature about Japanese that I love is a whole set of onomatopoeic words – which sound like what they mean. For example ‘pika pika’ means something that is flashy, shiny or sparkling, like a light flashing on and off. 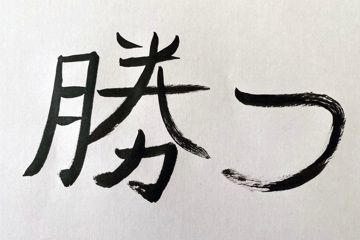 One word which is widely loved is ‘katsu’. It is familiar to many outside Japan as katsu curry has become so popular. Katsu (カツ) means ‘cutlet’ so it refers to the crispy pork or chicken that is fried in breadcrumbs, over which you pour delicious curry sauce. But ‘katsu’ (勝つ) is also a verb which means ‘to win’. So tradition dictates that before an exam, sports contest or other major challenge, if you eat katsu it will bring you good luck. I wonder if the entire Japanese Olympic team will be eating katsu on the eve of the opening ceremony? 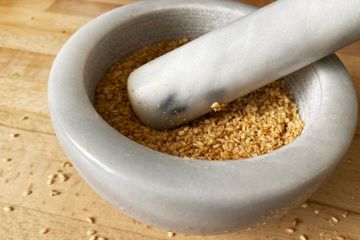 Katsu curry is well-known, but I prefer traditional ‘tonkatsu’ – a pork loin or fillet cutlet, with spicy brown sauce, served with rice, shredded cabbage and pickles. What makes it extra special is in some tonkatsu restaurants you’ll be given your own little pestle and mortar to grind up toasted sesame seeds which you mix with your brown sauce. The sesame gives the sauce a lovely earthy flavour and a silky texture.

Another absolute favourite of mine is katsudon – pork cutlet served on rice with a tasty egg and onion sauce on top. I promise I’ll bring you katsudon in a future recipe article for World Athletics!

Katsu can just as well be made with chicken instead of pork, and this version of it is equally delicious.

• Spread the pork or chicken out on a large plate and sprinkle salt and pepper all over. Then turn the pieces over and repeat on the other side.

• Wash the cabbage, drain, slice very finely and set aside.

• To make the sauce, grind your sesame seeds in a pestle and mortar. Transfer to a bowl and add all the remaining sauce ingredients and mix well. 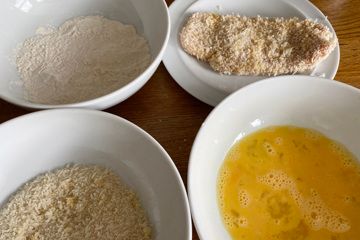 • In a large frying pan, heat the vegetable oil until it is really hot. Katsu should ideally be deep fried, but I use shallow frying as it uses less oil, which is simpler to dispose of afterwards. Shallow frying makes the cutlet a slightly uneven colour but I think it tastes just as good.

• Place your coated pieces of meat into the hot oil and fry for about five minutes until the down sides are crisp and golden. Turn carefully and fry the other sides. After five minutes, make a small cut into the meat to ensure it is cooked through thoroughly (cooking times may vary depending on the thickness of the meat).

• Place briefly on to kitchen paper to remove any excess oil. Serve immediately with rice and the shredded cabbage. Drizzle the brown sauce over your cutlet and enjoy! 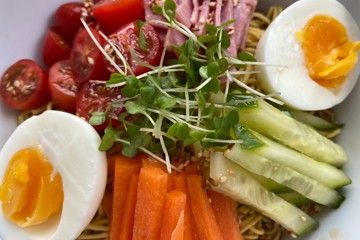 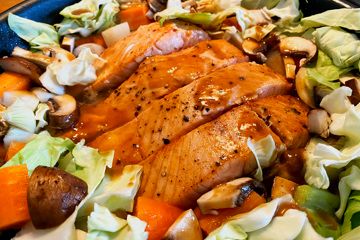 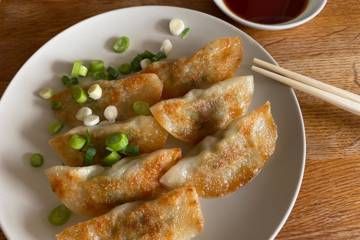 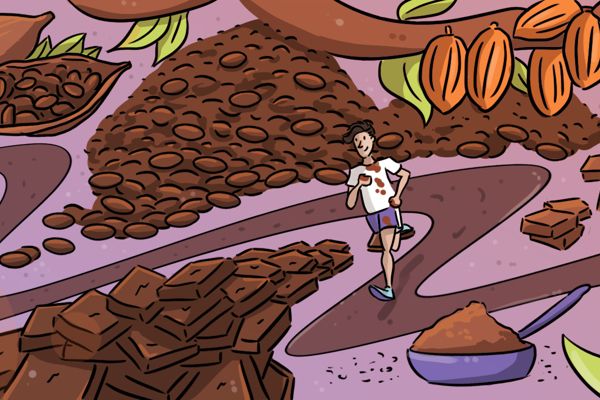 The Athletic Life: why chocolate is a runner's superfood 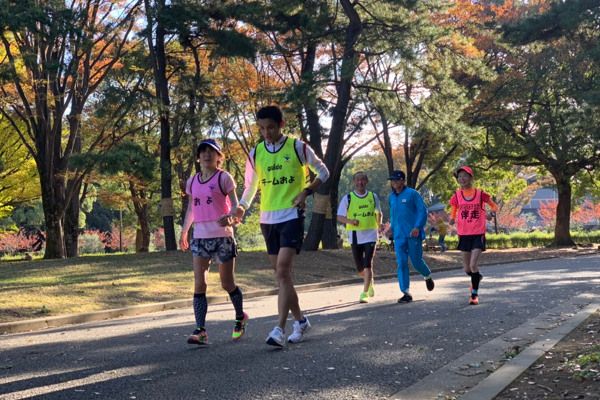 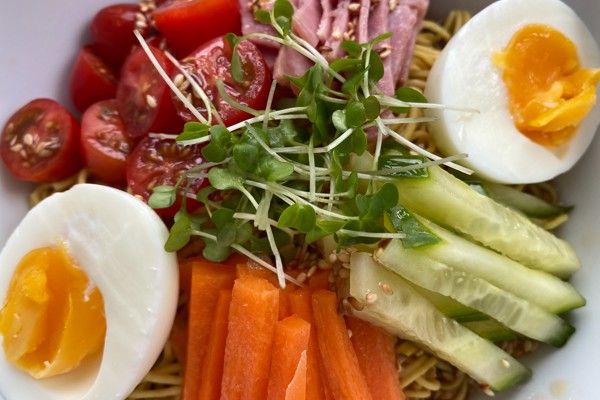