So many great athletes are crammed into this year’s IAAF Diamond League meeting in Rome that it is impossible to forecast what the headlines will be at the end of the Golden Gala Pietro Mennea on Thursday night (2).

Will Colombia’s 2013 and 2015 world triple jump champion Caterine Ibarguen see the winning run she has extended over 33 contests since taking silver at the 2012 Olympics ended by the up-and-coming talent of Venezuela’s 20-year-old world indoor champion Yulimar Rojas?

Will the two young Kenyans who have dominated the steeplechase Diamond Race in recent years, 21-year-old Conseslus Kipruto, the 2013 winner, and 23-year-old Jairus Birech, who has taken the past two titles, finally manage to overcome the physical and psychological challenge of their wily 34-year-old compatriot Ezekiel Kemboi, the double Olympic and quadruple world champion?

Will Ethiopia’s world 5000m champion Almaz Ayana – who already has two IAAF Diamond League wins this season, with her 14:16.31 in Rabat being the fifth-fastest time in history – get even closer to her ambition of breaking the 2008 world record of 14:11.15 set by compatriot Tirunesh Dibaba?

Will Italy’s world indoor high jump champion Gianmarco Tamberi rise to the home challenge in what will be his first Golden Gala meeting against a field that includes Ukraine’s 2013 world champion Bogdan Bondarenko, Qatar’s Mutaz Barshim – who has the second-best jump of all time to his credit, 2.43m – Britain’s Olympic bronze medallist Robbie Grabarz and China’s world silver medallist Zhang Guowei?

These and other questions will be resolved in what promises to be four-and-a-half hours of scintillating action in Rome’s Olympic Stadium.

The challenge to Ibarguen will not be restricted to the young Venezuelan, as the field also includes Ukraine’s three-time European champion Olga Saladukha and the last woman to defeat the Colombian, Olympic champion Olga Rypakova of Kazakhstan.

The women’s 5000m field contains seven Ethiopian runners, including the woman who beat world 1500m champion Genzebe Dibaba to the silver in Beijing last year, Senbere Teferi. But the likelihood is that, once again, this will be a race between Ayana and the clock, with the older Dibaba sister’s 2005 meeting record of 14:32.57 under threat.

Four long jumpers have already produced better efforts than Greg Rutherford this season, and Britain’s Olympic, world, European and Commonwealth long jump champion will face them all – Marquise Goodwin of the United States, who tops the 2016 world list with 8.45m, Ruswahl Samaai of South Africa (8.38m), Mike Hartfield of the United States (8.34m) and Fabrice Lapierre of Australia (8.31m).

Rutherford, whose British record stands at 8.51m, has a best this year of 8.30m, which has been matched, albeit at altitude, by another strong contender in Rome, Luvo Manyonga of South Africa.

Champion throwers on the comeback trail

Spotakova will open her 2016 season in Rome, where she has already won three times with record-breaking throws, in her quest for a fifth Diamond Race win. Among her opponents will be the world champion and silver medallist, respectively Katarina Molitor of Germany and South Africa’s Sunette Viljoen.

Adams will be seeking to build upon her win at the IAAF Diamond League meeting in Rabat following her return from shoulder and elbow surgery last year. The field includes Doha winner Tia Brooks.

Harting is in a field which includes the Pole who has already won two IAAF Diamond League meetings this year, world champion Piotr Malachowski.

Orlando Ortega, whose transfer of citizenship from Cuba to Spain last year renders him unable to compete in this year’s Olympic Games, set a national record of 13.12 in Doha and clocked 13.13 in Rabat. In Rome he will face four Frenchmen in Pascal Martinot-Lagarde, Dimitri Bascou, Garfield Darien and Wilhem Belocian.

US sprinter English Gardner, who won the 100m at the IAAF Diamond League meeting in Eugene in 10.81, the second-fastest time in 2016 behind the 10.80 set by Tori Bowie in Doha, faces Jamaica’s world 200m silver medallist Elaine Thompson and world indoor 60m champion Barbara Pierre.

In the men’s 100m, not a Diamond Race scoring event on the night, world silver medallist Justin Gatlin of the United States needs one more win to break the Golden Gala record of four achieved by compatriot Maurice Greene, and will seek to improve on the meeting record of 9.75 he set last year.

Caster Semenya of South Africa will seek her third IAAF Diamond League 800m win of the season in what will be her third appearance at the Golden Gala. She faces the gold, silver and bronze medallists from Beijing – respectively Marina Arzamasova, Melissa Bishop and Eunice Sum – the world indoor gold and silver medallists Francine Niyonsaba and Ajee Wilson, 2012 European champion Lynsey Sharp and European indoor champion Selina Buchel.

Georganne Moline of the United States leads the 2016 world list in the women’s 400m hurdles with 53.97, but she will be strongly challenged by Bahrain’s world indoor 400m champion Kemi Adekoya, Jamaica’s Kaliese Spencer – twice a winner in Rome – and Britain’s European champion Eilidh Doyle. 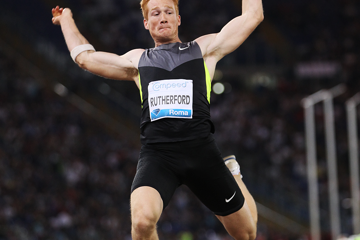 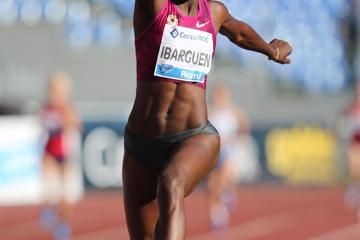 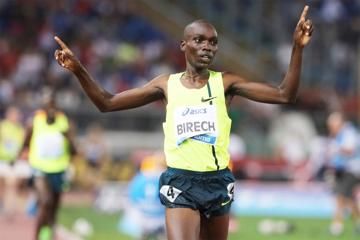