Hicham El Guerrouj made history in the Olympic stadium here tonight, becoming only the second man in history to win gold in both the 1500m and 5000m at one Olympic Games.

Eight years after his heart-breaking fall in the Atlanta 1500m final, eight long years waiting for his career defining first Olympic gold, and the Moroccan who has dominated the world of middle distance running for nearly a decade now has two Olympic titles. Tonight he completed the most difficult double of them all, surpassing the achievement of his compatriot Said Aouita, who won the 5000m gold 20 years ago.

El Guerrouj ran a tactically perfect race to strike gold for a second time in five days and put his name into the record books alongside the great Finnish distance runner Paavo Nurmi, the only other man to win gold medals straddling the middle and long distances at one Games.

It was billed as a battle between the double chasers – El Guerrouj and Ethiopia’s Kenenisa Bekele, the man who became 10,000m champion in such dramatic style eight days ago. And at the end of 12 and a half nervous, tentative laps it all came down to the last 100m. Two men renowned for their finishing kicks entered the home straight stride for stride and battled for the line.

Hardly anyone had expected Bekele to lose, so dominant has he been in recent years, but the pace of the race was too slow to take the spark out of El Guerrouj’s legs and it was the miler who had the greater strength. El Guerrouj gradually pulled away over the last 30m and held on for victory in 13:14.39.

It started slowly, very slowly. Bekele took the early lead but was unwilling to make the pace. After two laps, Gebre Gebremariam moved to the front to try and increase the pace, passing 1k in 2:58.46, and holding the lead for 600m. Kenya’s Abraham Chebii took over briefly, increasing the speed gradually, but El Guerrouj was still comfortable in seventh, hugging the curb as if it was his line to glory.

They strode through 2000 in 5:35.99 and with seven to go Bekele kicked on, putting in a 60.97 lap. But again it wasn’t decisive. A single file of seven were strung out behind him, including Kipchoge and Australia’s Craig Mottram.

Bekele led at 3000 in 8:10.81, until Kipchoge took over with three and half to go. They skipped through 4000 in 10:48.62, but El Guerroiuj was still on the curb. Kipchoge and Bekele hit the bell together and El Guerrouj appeared to be boxed by Gebremariam. But down the back straight he pulled onto the Kenyan’s shoulder, and attacked Bekele. They entered the straight together and for a dozen straining strides it looked like anyone’s race. But the Moroccan had history in his sights.

As he crossed the line El Guerrouj threw his hands in the air, stared at a TV camera and put up two fingers. “Now I have two! Two!” he seemed to be saying.

Nourredine Morceli, the great Algerian athlete who won that 1500m race back in Atlanta, was watching from the stands tonight. “To make that double at these Games is amazing,” he said. “Hicham is such a great athlete and such a great man too. He deserves it. He has a great talent and great desire to win.

“He has carried that sadness for eight years but he never gave up. Now he is a true successor to Nurmi.” 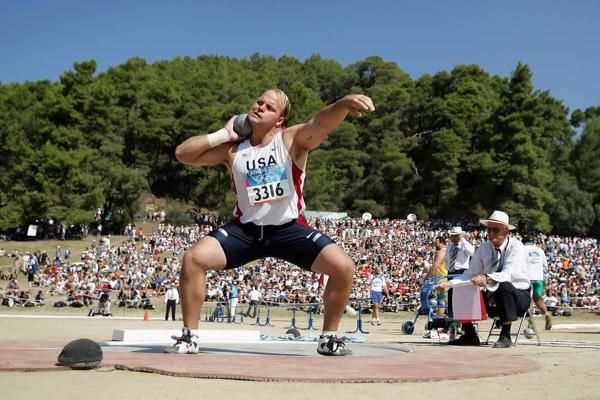 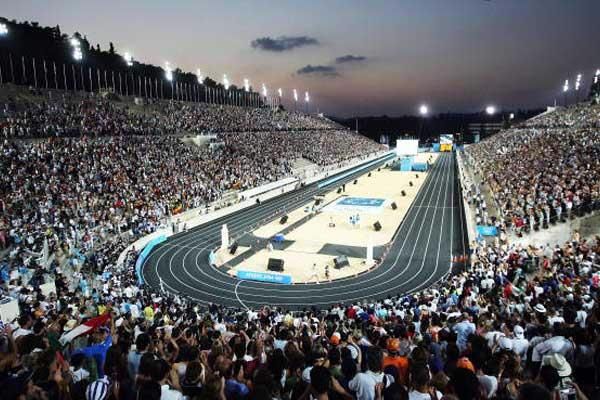