Eliud Kipchoge has been named the best male athlete of the Tokyo 2020 Olympic Games at the Association of National Olympic Committees (ANOC) Awards 2021.

Kenya’s marathon great retained the Olympic title in Japan in August, clocking 2:08:38 to achieve the largest winning margin in the men’s Olympic marathon since 1972.

It was Kipchoge’s fourth Olympic medal after his marathon gold in Rio, the 5000m silver he claimed in Beijing in 2008 and the 5000m bronze he achieved in Athens in 2004.

Receiving the ANOC award saw him return to Greece, with the ANOC Awards 2021 ceremony held in the amphitheatre of the Creta Maris Beach Resort on Sunday (24).

“It is an honour to win the ANOC Award for the Best Male Athlete at the Tokyo Olympics,” said Kipchoge. “With so many beautiful performances by so many athletes, I am proud to be the recipient of this award.” 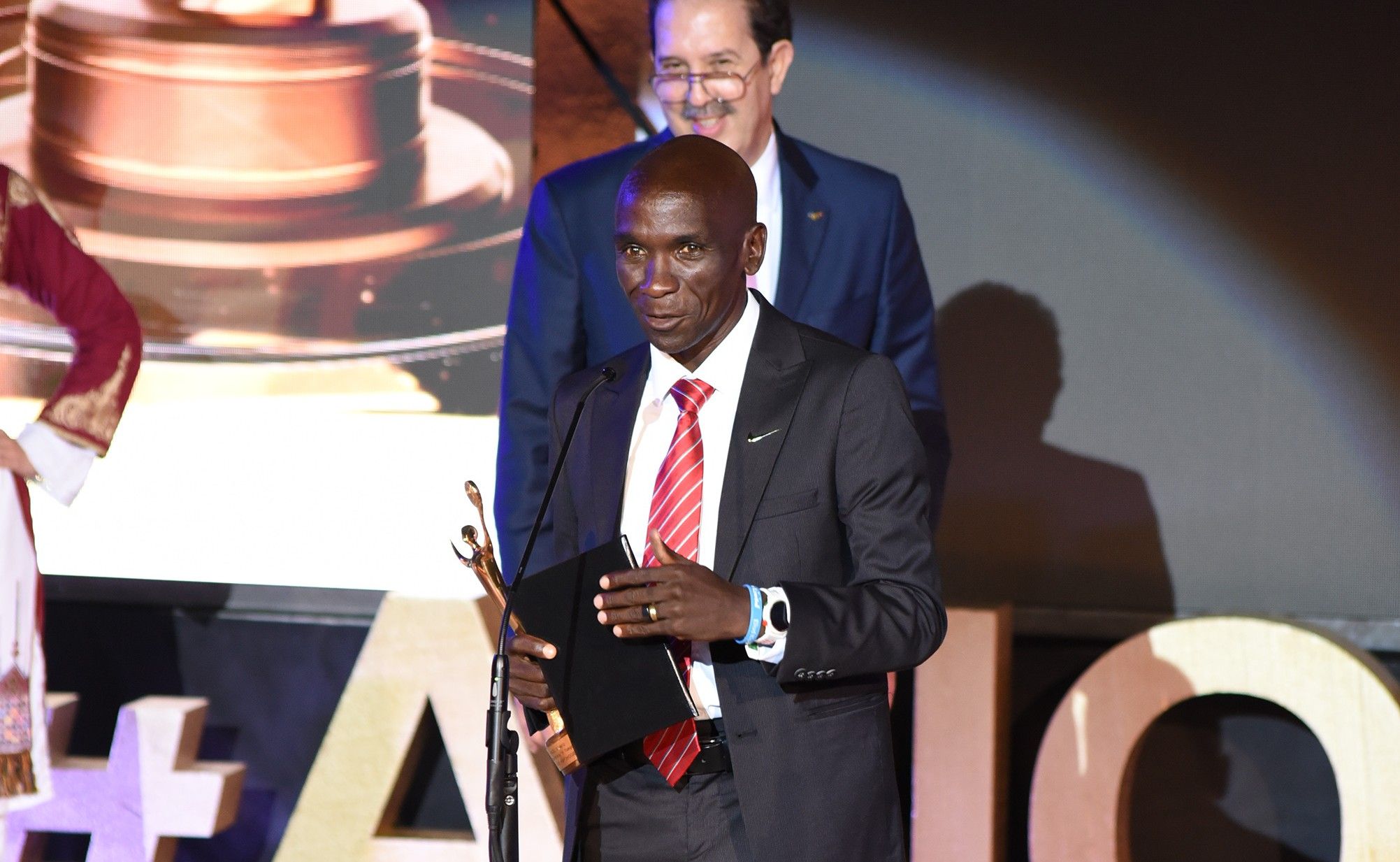 Asked when collecting his award if he could describe the marathon with just one word, Kipchoge, who set the world record by running 2:01:39 in Berlin in 2018, replied: “The marathon race is life.”

The ANOC Awards was created to show appreciation to National Olympic Committees (NOCs) and their athletes for their dedication to the Olympic Movement and for promoting the Olympic values all year round. During the ceremony, Diplomas were presented to the breakthrough NOCs that had historic sporting moments at Tokyo 2020 and among the recipients were the Qatar Olympic Committee, with high jump star Mutaz Barshim having claimed Qatar’s second gold in what was one of the most memorable moments of Tokyo 2020 as he shared the title with Italy’s Gianmarco Tamberi, and the Burkina Faso National Olympic Committee, with Hugues Fabrice Zango having become the country’s first Olympic bronze medallist as he claimed third spot in the men’s triple jump. 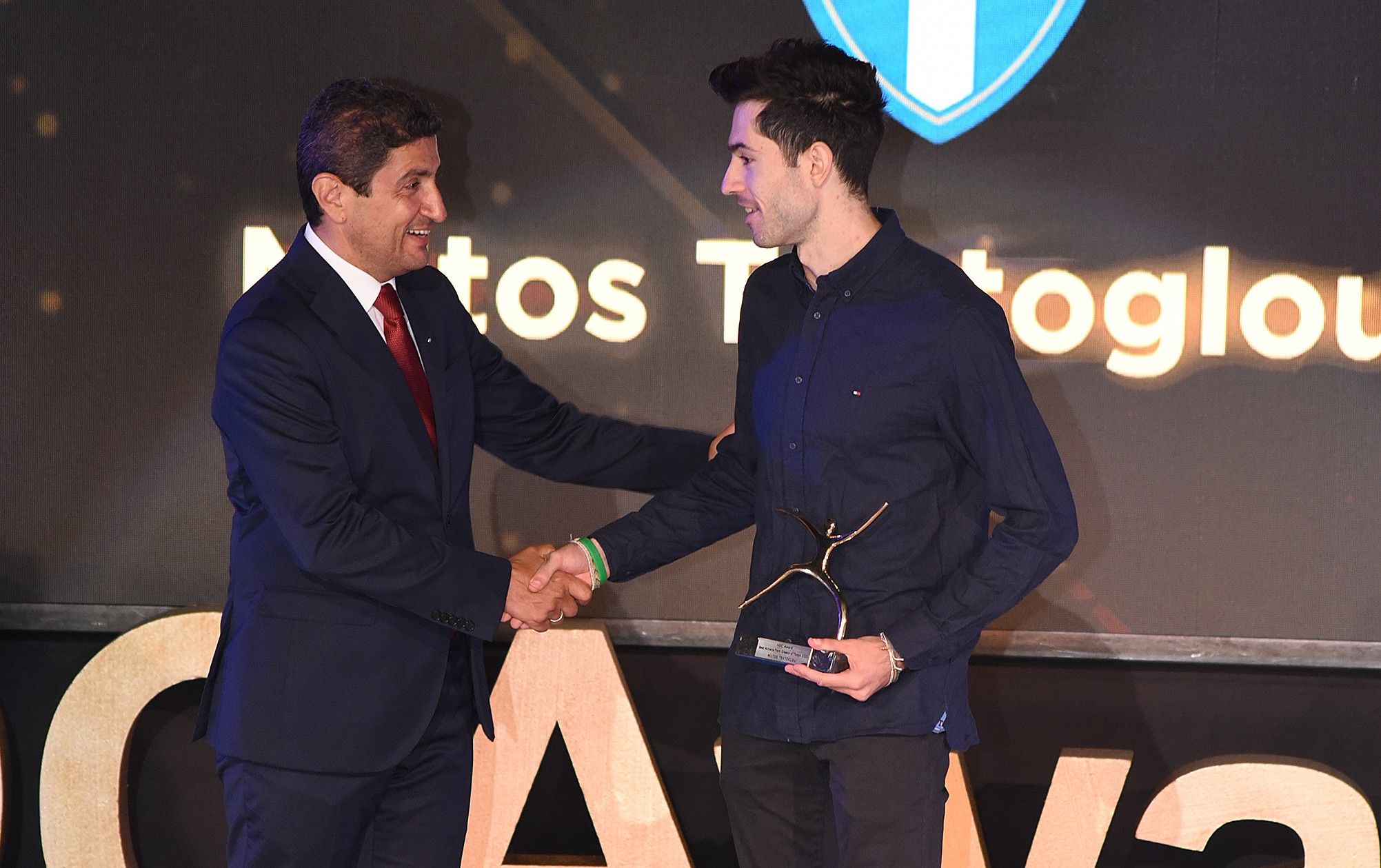 Representatives from 155 of the 205 NOCs were joined in person by other stakeholders throughout the Olympic Movement for the seventh edition of the ANOC Awards, with many others tuning in online.

World Athletics would like to congratulate all the winners, including Canadian swimmer Maggie Mac Neil who received the award for best female athlete of Tokyo 2020 after claiming gold in the 100m butterfly as well as silver in the 4x100m freestyle and bronze in the 4x100m medley.

The winners of each award were selected by the ANOC Jury, comprising representatives from each of the Continental Associations, the ANOC Athletes’ Commission Chair, ASOIF President and ANOC Secretary General. 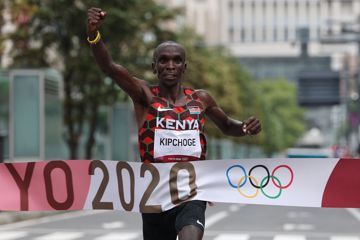