In many ways, 1 May was like the start of a normal training day for several Ethiopian marathoners vying for spots on the Olympic team. They arrived early to the city of Sebeta, just south of Addis Ababa, where they often go to train for their fastest sessions. At 2,200m, Sebeta is a bit lower in elevation than Addis Ababa and many other training spots in Ethiopia, which are often well over 2,600m.

The conditions were mostly good, although the air was a bit more humid than normal because of rains signalling the start of kremt – the Ethiopian rainy season. And rather than a full marathon, they opted to hold the race at a distance of 35km.

But Sebeta is not Geneva, the sea level Swiss city where these trials were originally slated to happen. Because of Covid-19, travel concerns and general logistical issues, the Ethiopian Athletics Federation ultimately decided to hold the trials along a well paved road in this Oromo city, with likely Olympic champions being cheered on by local farmers and school children, instead of a select few European race organisers.

The women’s race was a slow grind, led by a few male pacemakers, and included the likes of Tokyo Marathon champion Ruti Aga, 2015 world champion Mare Dibaba and Zeineba Yimer. As these three slowly dropped off the pack, the eventual qualifiers – Roza Dereje, Birhane Dibaba and Tigist Girma – pulled away, with Girma winning in 1:59:23. Dibaba followed in 1:59:45 and Derje in 2:00:16.

Girma was slightly lesser known by many spectators, despite winning the Ottawa Marathon and placing second in the Amsterdam Marathon in 2019. In 2020, her fifth place finish at the Tokyo Marathon and sixth at the Valencia Marathon were significant, but not necessarily memorable.

“We knew Tigist was capable of what we saw today for a while. She’s a hard worker, a disciplined athlete, and someone with a lot of power. We were waiting for this kind of performance,” said her agent, Hussein Makke.

Growing up near to Shashamene, home of the Ethiopian Rastafari population, Girma was more interested in reading, watching movies and going to church than athletics. She still maintains those hobbies on the side, but as she got more seriously into athletics, she began to learn from training partners older and with more experience after joining Haji Adilo’s training group.

Girma for a long time looked up to Amane Gobena – winner of several big marathons between 2007 and 2015 – who she had the opportunity to train with for a few years. More recently, she cites fellow Olympic qualifier and training partner Dereje for giving her confidence.

“I’m not afraid of running in front,” said Girma, who pushed the second half of the race after the pacemakers dropped off. “My coach, Haji Adilo, always trains us to listen to our heart and the environmental conditions to work as hard as possible. These 180km weeks paid off.”

Adilo is the coach of four of the six Olympic qualifiers from the race. In addition to Girma and Dereje, he also coaches the men’s winner and runner up – Shura Kitata and Lelisa Desisa.

The men’s race was first led by Getaneh Molla and when he dropped out Sisay Lemma took the lead, but Kinde Atanaw and Chalu Deso – an up-and-coming marathon star who will surely leave his mark on the marathon running scene in the coming years – stuck with the pace.

Ultimately, it came down to Desisa and Kitata pushing the pace, with Kitata outsprinting his friend and training partner for the win.

“The race was really good, and honestly was not that hard,” said Kitata. “I’m surprised at how good I felt with the training I had, but I am not surprised I won.”

Kitata and Desisa are not only training partners, but also grew up in large families near Ambo – a city west of Addis Ababa in the Oromia region. Kitata speaks limited Amharic, and thus gravitates to athletes who speak his native Afaan Oromo, and Desisa has been one of his greatest mentors.

In 2018, Desisa won the New York City Marathon in 2:05:59. Kitata, who he thanked for pushing him in training sessions, was carried along to a second place finish just two seconds back. A similar dynamic, but in reverse order, unfolded at Saturday’s race with Kitata finishing in 1:46:15 and Desisa in 1:46:16. Lemma was just a few more seconds back and secured the final spot in 1:46:19.

Desisa has been a household name in international running for years, with a world title and several World Marathon Majors wins to his name. Others learned about him after his participation in the Breaking2 project. But until recently, few knew about Kitata.

In 2020, when all eyes were on Eliud Kipchoge at the start of the London Marathon, Kitata remained poised to make a statement. He bided his time and fought hard to pull away for the win, while Desisa loudly cheered him on in his Addis Ababa home. The previous year when he expected to make a big splash, he did not eat breakfast, which he attributes to his lack of performance. Last year, he fueled properly, which helped his win.

“Now I don’t skip breakfast,” Kitata joked. “I drank besso before this race,” he said of the trials. Besso is a drink made up of barley flour, water, and often honey, enjoyed widely within the Ethiopian runner community.

Desisa, on the other hand, described his lead up to the Valencia Marathon as similar to “coroconch” – or the rough, rocky and uneven training surface Ethiopian athletes often run on. He attributes his lack of performance there to a “grueling 72-hour journey where his nutrition, rest and recovery were all dramatically impacted.” Since his disappointing finish there – a 35th place in 2:10:44, he has been training hard and staying in the national team hotel chasing redemption.

The Ethiopian Athletics Federation often houses athletes before Olympic Games and World Championships in order to simplify their lives (meals, cleaning and many basic needs are taken care of), stimulate camaraderie and build morale. Desisa, like the other qualifiers, have been in the hotel, but Kitata had been staying in his home. That may change now that the two, who clearly work well together, may be well positioned to bring home hardware for Ethiopia in Sapporo.

On 2 May, many of the competitors celebrated Easter – or Fasika – as the Ethiopian Orthodox Church follows a calendar different from the West. Within the country, it is one of the most important days, even for those not practicing, to spend time with families, eat delicious food and prepare for a new season in the Ethiopian year.

Three-time Olympic track champion Kenenisa Bekele, not present at the trials, may still well be kept on the marathon team, as the Ethiopian Athletics Federation reserves the right to change the rosters.

BACK
Pages related to this articleAthletes
Lelisa DESISA 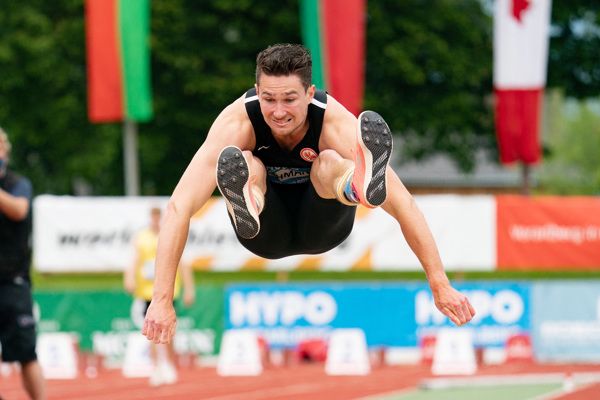