Harting, Heidler and Hoffa put the spotlight on the throws in Berlin

The ISTAF Berlin meeting, part of the IAAF World Challenge, will see nine Olympic, 15 world and 15 European champions lining up on the blue track of Berlin’s iconic Olympic stadium on Sunday (31).

Poster boy and local hero Robert Harting will be looking to maintain his strong form in the discus, which saw him being crowned European champion only two weeks ago.

The world and Olympic champion calls the stadium his “living room” and hasn’t been defeated there in four years.

Looking to spoil the party will be Poland’s former European champion Piotr Malachowski as well as 2008 Olympic champion Gerd Kanter from Estonia, while one of the event’s all-time greats, Lithuania’s Virgilijus Alekna, will be using the meet to say goodbye to the sport.

The 42-year-old double Olympic and double world champion still holds the second furthest throw ever with 73.88m and won the prestigious meet, which celebrates its 73rd edition this year, at three previous editions.

Meanwhile, the women’s hammer is part of the IAAF Hammer Throw Challenge and world record-holder Betty Heidler, who is one of six local athletes in the field, will take on third in the all-time lists Anita Wlodarczyk.

The Pole took the European title in Zurich in a championship record of 78.76m, the third best throw ever, and could be a threat to the meeting record of 77.40m.

In the women’s event, European champion Christina Schwanitz is the clear favourite to take the victory.

Europe versus the world

The women’s 100m hurdles is promising to be another highlight on the track with a field consisting of world and European champions and medallists including the likes of US pair Brianna Rollins and Nia Ali, Great Britain’s Tiffany Porter and local star Cindy Roleder.

In the men’s event two years ago, it was no one less than Olympic champion Aries Merritt who set a meeting record of 12.97 before clocking a world record of 12.80 a week later at the IAAF Diamond League final in Brussels.

On Sunday, Merritt will be going head to head against 2008 Olympic champion Dayron Robles.

The women’s 3000m steeplechase was initially not part of the schedule, but after Antje Moldner-Schmidt’s gutsy gold medal run at the European Championships, the event was added to the timetable.

Moldner-Schmidt proved an inspiration to many when taking the European title after returning from breast cancer only four years ago.

In the men’s 100m, Trinidad and Tobago’s Richard Thompson and South Africa’s Simon Magakwe who have both recorded times below 10 seconds this season.

Another European champion from Zurich gracing the track in Berlin will be Britain’s Martyn Rooney, who will face the likes of Kevin Borlee and Isaac Makwala, while Germany’s Kamghe Gaba is hoping to take get a boost from the home crowd.

It’s not just the athletes who are promising to light up the track with their performances. The organisers’ new concept “ISTAF 3.0” is going to be short, sweet and loud, and will feature a tunnel-like entrance similar to that of the IAAF World Relays as well as fireworks, athletes’ individual music requests and more.

BACK
Pages related to this articleAthletes
Derick Adamson 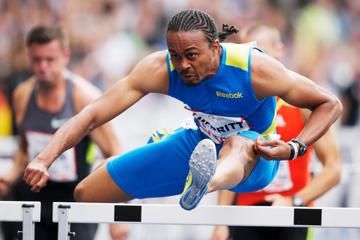 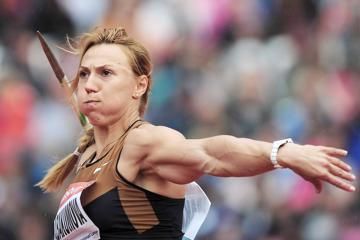 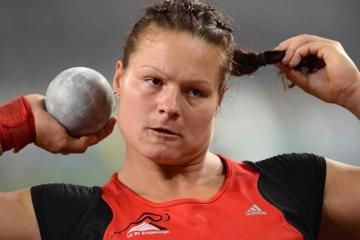 All of Germany’s European medallists will com...