Rojas, Beitia and Ortega among the stars in Madrid

The Meeting de Madrid 2016 has attracted a host of top performers, including local stars such as Ruth Beitia and Orlando Ortega as well as world class overseas athletes like Yulimar Rojas and Raphael Holzdeppe, to the IAAF World Challenge meeting on Thursday (23).

Rojas, from Venezuela, is the world indoor triple jump champion and improved her national record to 14.79m at the opening IAAF Diamond League meeting in Doha last month.

However, the 20-year-old rising star coached by Cuba’s former Olympic and world long lump champion Ivan Pedroso has subsequently had a couple of below-par performances in Rabat and Rome and so she is hoping to bounce back in her ‘lucky’ Madrid where she managed two big indoor efforts of 14.69m and 14.63m before capturing her global title in Portland in March.

Among her rivals will be four jumpers who have jumped beyond 14.00m this year.

Portugal’s Patricia Mamona leads this quartet with a season’s best of 14.13m and there is also Slovakia’s Dana Veldakova, Ana Jose Tima of the Dominican Republic and Brazil’s Nubia Soares.

The world indoor silver medallist has shown fine form recently and arrives in Madrid fresh from a couple of wins at the IAAF Diamond League meetings in Oslo and Stockholm in the past two weeks.

The main danger for the 37-year-old Spaniard well might come from Ukraine’s in-form Oksana Okuneva, who cleared 1.97m on Friday while Italy’s European indoor silver medallist Alessia Trost and the talented Swdish pair of Erika Kinsey and Sofie Skoog are also in the field.

Another highlight in the Spanish capital on Thursday might be provided by Spain’s Orlando Ortega in the men’s 110m hurdles.

The Cuban-born Madrid-based hurdler produced the world’s fastest performance last year with 12.94. This season his best is currently 13.12, a Spanish record which he will be looking to reduce on the fast track at the Centro Deportivo Municipal Moratalaz stadium in Madrid’s eastern suburbs.

The 25-year-old Tuka has fond memories of the Madrid meeting as he won here last year in a national record of 1:43.84 while Gakeme clocked his current personal best of 1:44.09 when finishing directly behind Tuka 12 months ago.

Kenya’s Peter Kiplangat might be a factor too while the top Spaniards could also be in contention, a contingent headed by national record-holder Kevin Lopez.

The women’s race also has an impressive field with Cuba’s Rosmary Almanza, a 1:57.70 performer, accompanied by her compatriot Sahily Diago, the world junior silver medallist who has already run 1:58.84 this year.

The European contingent is headed by Ukraine’s Nataliya Lupu, sixth in Beijing last sumer, and the recently-crowned German champion Christina Hering, who will be looking for her first sub-two-minute time this year.

Iceland’s Anita Hinriksdottir, the 2013 world youth and European junior champion over two laps of the track, should also be a factor and will be bidding for her first ever time under two minutes.

Weather forecasters predict a hot day on Thursday with the temperatures ranging from 30-33C during the evening meeting. 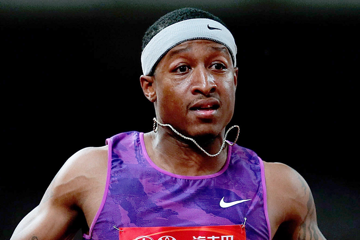 Rodgers and Thompson make the most of Madrid'... 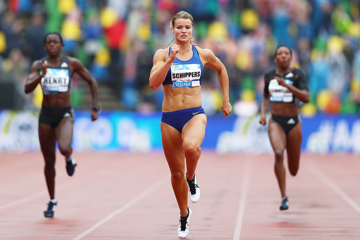 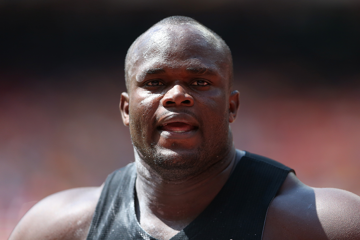 Elemba beyond 21 metres in Dakar... 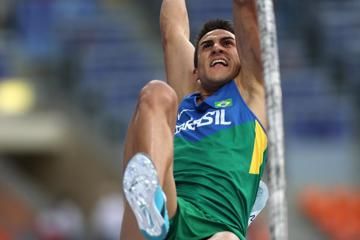