London 2012 Olympic Games 800m champion Mariya Savinova is now back in serious pre-season training and already looking forward to her first summer races, which should come at the start of June.

“Hi friends, it has been a month since I opened my diary, and there are so many things happening in my life that I just don’t know what to begin with!

“What was the most pleasant part for me was that I finally managed to spend time with my relatives; that is with my mom and my brother’s family.

“It was a really nice family reunion, after which I even received a new nickname. My youngest nephew Alexander, who just turned two, now calls me Fa. He cannot say Masha, but I think Fa sounds even better!

“After this nice time off (during February and early March), I was back to full training. This spring in Moscow is unusually cold, even at the beginning of April there was still lots of snow on the streets. So I got a little bit frozen. I also had to visit my dentist, which is probably the most painful part of the last month.

“It was a little bit hard in the beginning to get back to full training about a month ago, after I had some rest in winter, but now I am running as if there had been no holidays at all. It feels great, and I am working hard on increasing my endurance, speed and power.

“I realize it is a home World Championships where I will have to defend my title from Daegu and it’s a huge responsibility, so there is no time to have fun now. However, I am fresh both mentally and physically and try not to lose these positive emotions in my hard training.

“I started my training in Moscow and now I am on a training camp away from the city. I’ve heard people saying that athletes probably have a lot free time when on training camp. This is not true! There are so many small things to do, and training is so hard that in the end of the day you just can not make yourself move out from the bed.

“Even now, I’m writing my diary when lying on the masseur’s table and our physio Pavel is working on my muscles. They are really tired after a long training session!

BACK
Pages related to this articleAthletes
Mariya Savinova 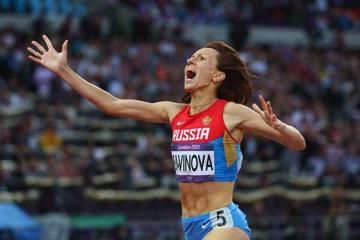 "I want to go skiing but my family forbid it!...