Three years after winning Olympic gold, Jessica Ennis-Hill is back at a major championship and is feeling good.

The British heptathlete was at the Bird’s Nest Stadium on Thursday (20), showing the media what she goes through during the final moments before competition. But the 29-year-old did not want to set foot on the track; instead, she wants to save that moment for Saturday morning when the heptathlon gets underway with the 100m hurdles.

It will be the first time that Ennis-Hill will compete at the Bird’s Nest; she did not compete at the Olympics in Beijing seven years ago due to a fractured ankle. Before picking up that injury, she had been touted by many as a genuine medal contender for the 2008 Games.

She revealed that she is always “very, very nervous and very anxious” before the first event, the 100m hurdles, while waiting in the call room, located right off the warm-up track. She also said that, with the exception of the 800m, she usually does not look at or talk to other athletes before any event.

“We all don’t want to run,” she says of the 800m, the final event in the heptathlon. “When you feel nervous, it helps a bit if you look at others and see that they are nervous as well.”

Ennis-Hill gave birth to son Reggie last year. “I always wanted to come back for Rio,” she said before adding that her return to competition has not been easy. She finished third in the 100m hurdles at the Great City Games in Manchester back in May, admitting that after feeling nervous beforehand, she ended up having fun on the track.

Later that month in Gotzis, she contested her first heptathlon of the year, finishing fourth with a confidence-boosting 6520. “I didn’t feel prepared,” said Ennis, “but I enjoyed completing the heptathlon and I was pleased with the score.”

“After that, it was quite an easy decision to compete in Beijing,” she said.

To be competitive in the Chinese capital with the likes of world leader Brianne Theisen Eaton, though, the 2009 world champion feels that she has to be solid in all events.

“In the past, the long jump has been the key event for me,” she said. “I have struggled with it a bit and that has been the turning point for me.

Although her high jump clearance of 1.86m in Gotzis seemed a little low, she was happy with it because it came after just two or three training sessions in that event. She says she was lacking in speed in Gotzis overall, but has clearly regained a lot of that speed based on her performances in London.

She named fellow Briton Katarina Johnson-Thompson and Canada’s Theisen Eaton, the silver medallist from the 2013 IAAF World Championships in Moscow, as her two principal rivals in Beijing but also underlined the high standard in this event this season with four athletes in excess of 6500 points in Gotzis.

Earlier in the year she said that she would only compete in Beijing if she felt she could challenge for a medal. Although she was reluctant to underline that stance on Thursday, she is clearly eager to get back into the mix at a major championship. 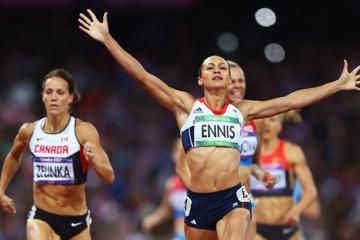 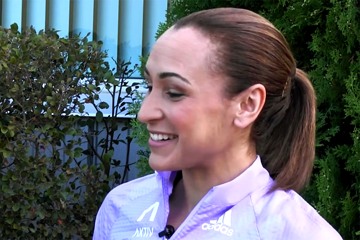 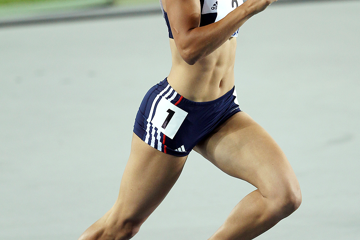 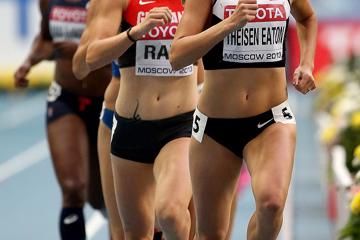