The IAAF has been encouraged by some of the early TV broadcast data for 2003 World Championships in Athletics supplied to them by Sponsorship Intelligence, a specialist research company.

Outside the host market there were also encouraging signs of improvement. The average rating for 2003 World Championships programmes on German broadcasters ARD and ZDF broke 4%, this being a significant improvement on the equivalent 1.5% observed for 2001 and more than the 3.1% recorded in 1999.

There was also positive news outside Europe. In Japan, broadcaster TBS aired more than 30 programmes from the World Championships. While this is a similar level of coverage to that of the previous two Championships, each 2003 TBS programme pulled in an average of more than 7 million Japanese viewers, which is 2 million more per programme than for both 1999 and 2001. Indeed, the highest rated 2003 programme broadcast on TBS covered the women's Marathon, this being watched by a staggering 20.8 million viewers in Japan, which is an increase of 40% and 78% for 2001 and 1999 respectively.

The total number of territories covered by rights holder contracts was 179 and, although the IAAF is still waiting for confirmation from post-event reports, the envisaged number of hours planned for certain key markets prior to the Event was:

The IAAF internet's coverage of the 9th IAAF World Championships in Athletics, Paris 2003 Saint-Denis was brought to you by the following: 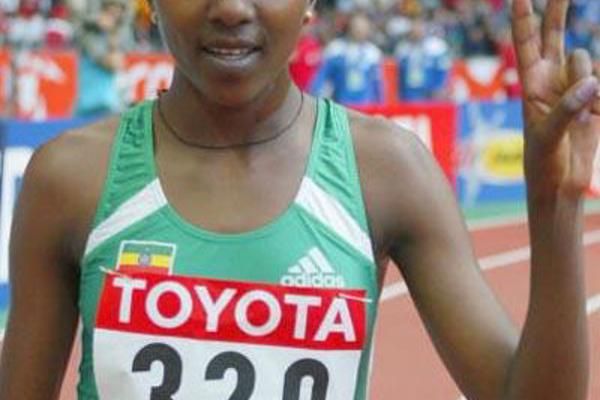