Not only athletics fans, but sports lovers in general know by heart the story of how the men's high jump Olympic title was decided in Tokyo. In the final, Gianmarco Tamberi and Mutaz Essa Barshim both reached the height of 2.39 metres with flawless performances, a height that neither of them was able to overcome. Everyone thought that a " split jump " should decide the fate of the gold medal.

Just before the two jumpers started to prepare for it, Barshim had asked the judge jokingly if there could be two gold medals. The surprising answer was YES! As soon as the two good friends found out that they could share the Olympic title, Tamberi jumped into Barshim's arms and a huge celebration started. At the award ceremony, they hung the shiniest medal on each other's necks at the top of the podium.

The moment Tamberi jumped into the arms of his friend and training partner summarised the lovability that defines the Italian world star. After his dramatic ankle injury in 2016, it's a miracle that five years later he has been able to reach the top. An injury can be dramatic in many ways, for him, in addition to the 'failure' of a body part that is vital for jumpers, it hit him when he was in the best form of his life just days before the Rio Olympics.

Earlier, in 2016, he bettered the Italian indoor record to 2.38 metres in the Czech Republic, then won the World Indoor Championships in Portland, before going on to have another great outdoor season, with huge successes on his way to the Olympic Games, such as winning gold at the European Championships and improving the national outdoor record to 2.39 metres. 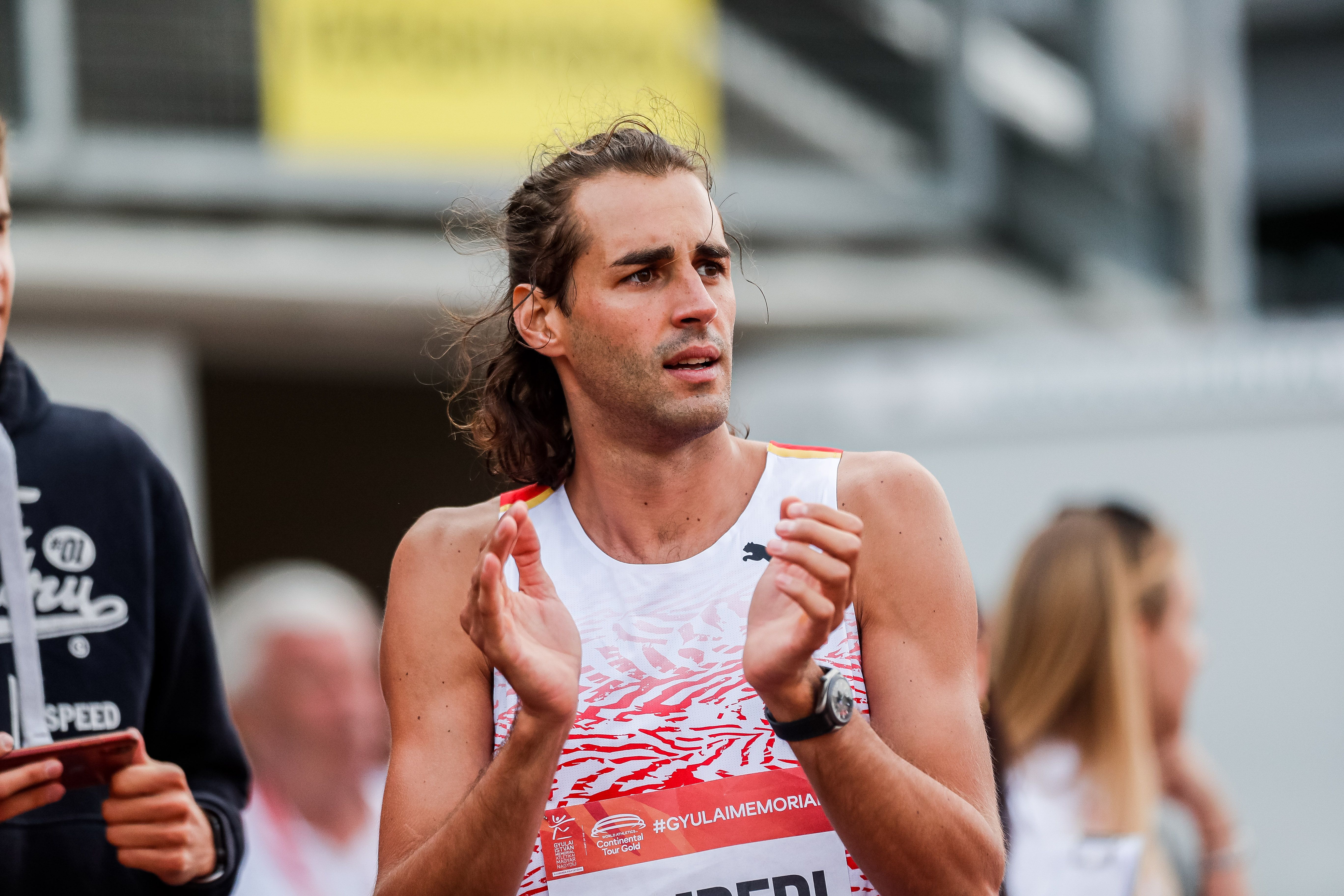 But Tamberi did not give up! He recovered after a tremendous fight and returned to the top. In 2017, he made his debut in Hungary at the Gyulai István Memorial - Hungarian Athletics Grand Prix, where he achieved a 3rd place and became a fan favourite because he made such a show of every jump that very few athletes can do.

In 2019, he was back again over 2.30m in a major world competition: in Glasgow he found his way back to winning with a jump of 2.32m at the European Indoor Championships. At these events, he usually has a full face of beard in the qualification round and then only half of his face in the final. Hence the nickname "halfshave", which is also the username of his Instagram profile with more than 600,000 followers.

In early 2022, he claimed a World Indoor Championships bronze medal in Belgrade, and like in Tokyo, he was not alone on the podium: it was Australia's Hamish Kerr, with whom he shared third place. He missed the podium in Eugene in the summer, but afterwards he was full of confidence: 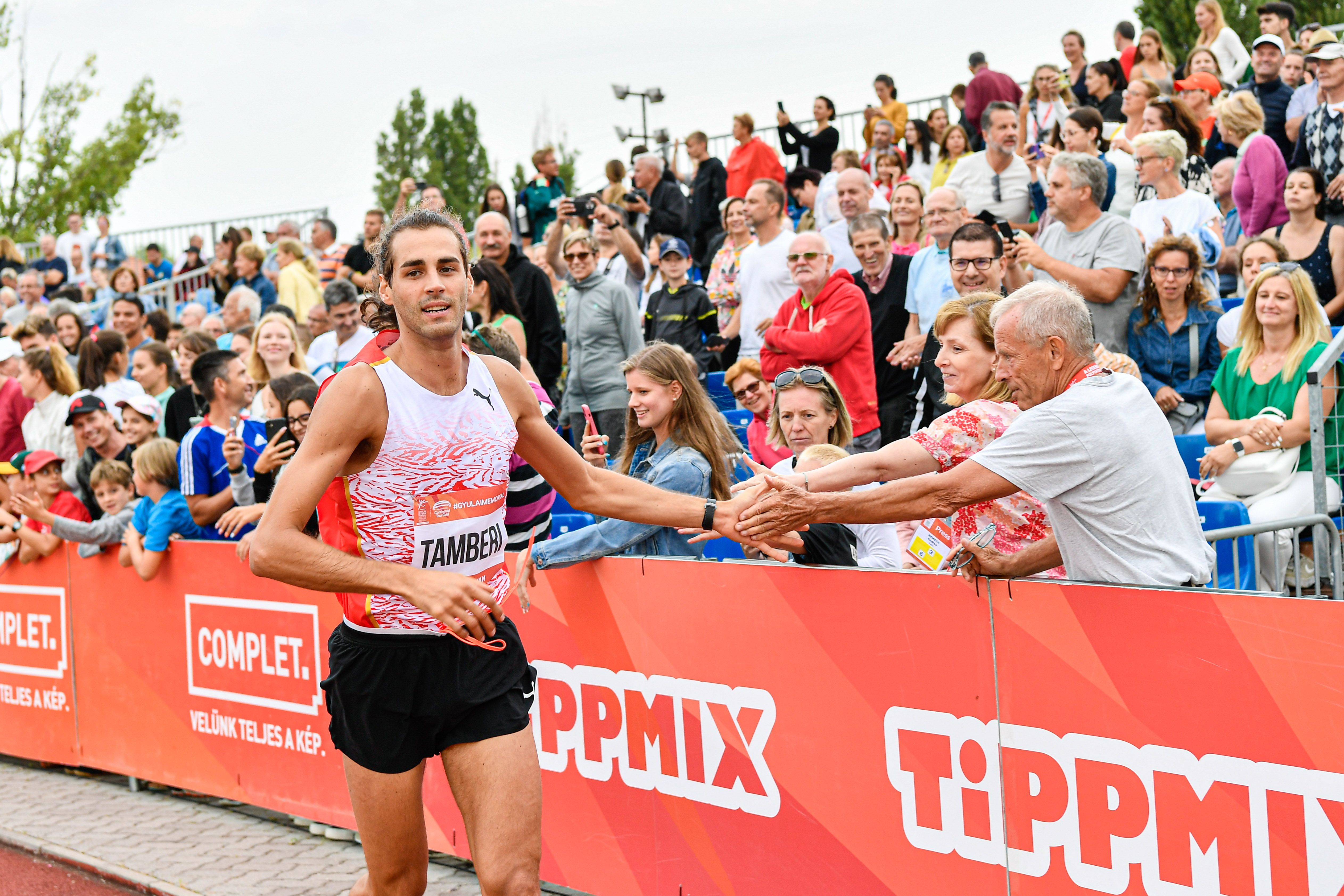 A few weeks later he easily won at the Gyulai István Memorial – Hungarian Athletics Grand Prix, then at the European Championships in Munich, he reached the top of the podium again with 2.30m.In early September, at the Diamond League final in Zurich, with a winner jump of 2.34m, he ensured that his fans will be treated to another memorable show in Budapest next summer, because despite his 30 years of age, Gianmarco can celebrate every successful jump like no one else. Budapest is ready for another Tamberi show! 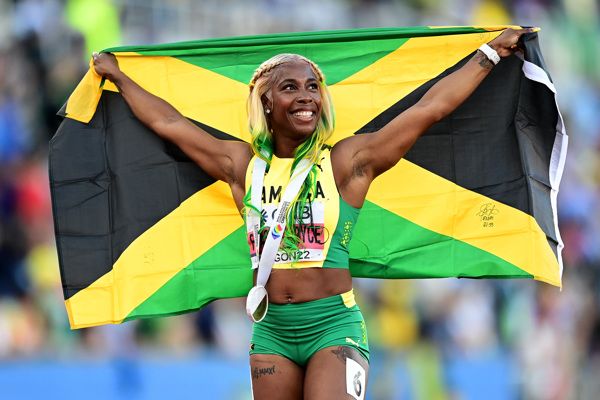