The special bond between Budapest and athletics

Budapest is a true capital of sports, which is one of the reasons why the World Athletics Championships Budapest 2023 is in the right place here. Here are some of the most important world athletics events and venues where we have witnessed moments of sporting history.

Throughout the 125-year history of Hungarian athletics, the country and Budapest have hosted numerous world athletics competitions. The two biggest outdoor events were the European Championships in 1966 and 1998. Both events were held at the iconic Népstadion, which was primarily the home of the Hungarian football team, but the athletes also made good use of the home field advantage. 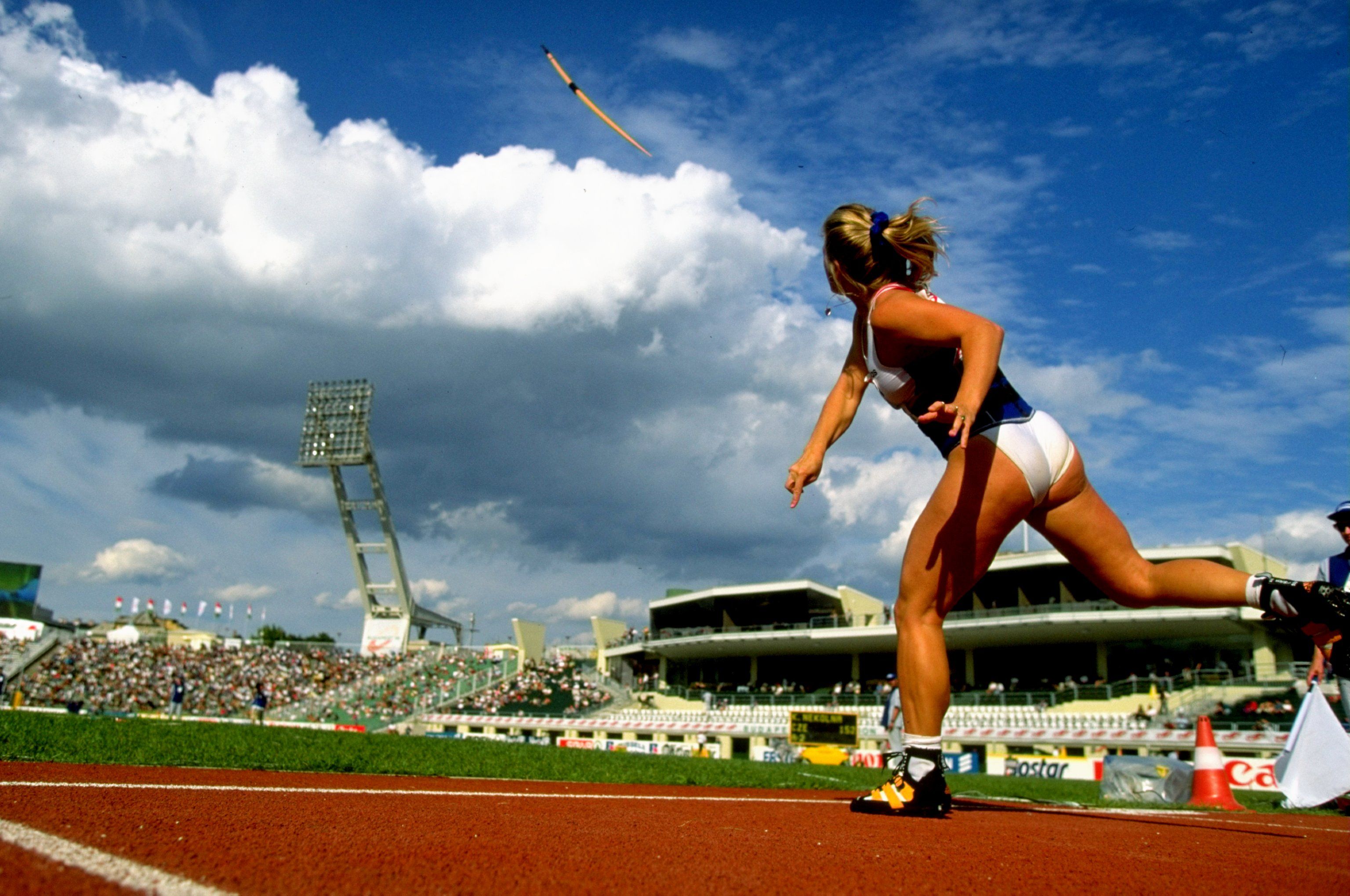 A competitor throwing javelin in the Heptathlon event at the European Championships 1998 in the Nepstadion, Budapest. (© Michael Cooper/Allsport/GettyImages)

Népstadion, which was inaugurated in 1953, was the stadium where the English national team suffered its biggest defeat, 7-1 to the Mighty Magyars (aka Golden Team) led by the legendary Ferenc Puskás in 1954. Yet the first sensation in the Népstadion was not connected with the national team that won silver at the World Cup in Switzerland, but with the athletes!

Barely a month after the inauguration of the Népstadion, on 23 September 1953, a world record was set on the track: in the men's 4x1500 m relay, the team of Sándor Garay, Ernő Béres, István Rózsavölgyi, Sándor Iharos set a world record with 15:29.2, improving the previous one by 15 seconds. They were all epic athletes, and tens of thousands of people came out to cheer them on in the Népstadion. This is no surprise, as they broke numerous world records in the 1950s! Among them, Iharos stood out, who was as influential to Hungarian athletics as Puskás was to football. His name was known all over the world.

In the 1980s, athletics was hugely popular in Hungary: the Budapest Grand Prix was one of the most prestigious one-day competitions in the world. The Budapest Sports Hall, inaugurated in 1982, opened new horizons in bringing international meetings to Hungary. In 1983 and 1988 we hosted the European Indoor Championships, in 1989 the World Indoor Championships. 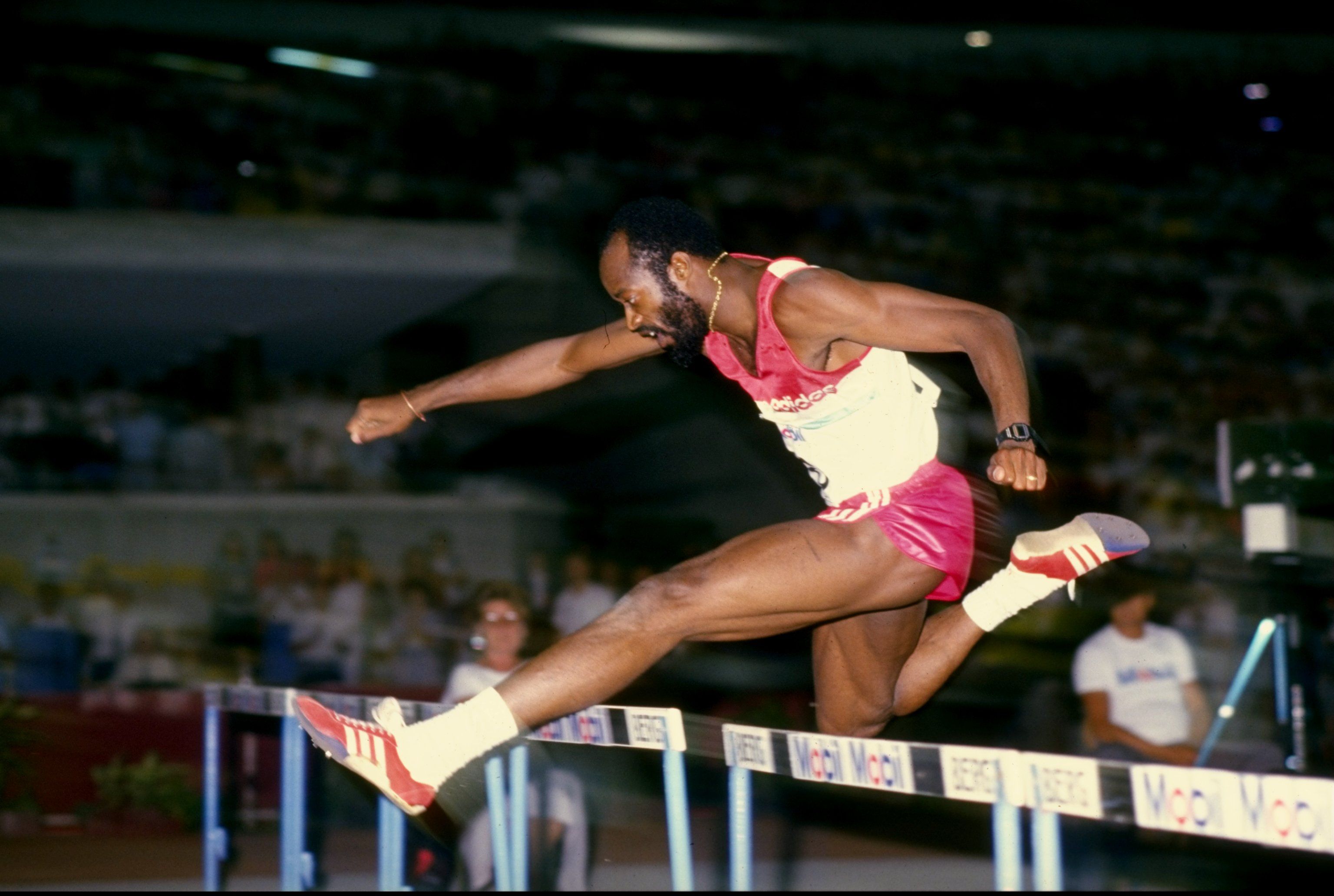 Ed Moses of the USA in action during a Mens Hurdles event at the IAAF Mobil Budapest Grand Prix in Hungary in the '80s. (© Allsport UK/Allsport/Getty Images)

In 1983, in addition to László Szalma and Gyula Pálóczi's double victory in the long jump, Béla Bakosi's triple jump and István Nagy's 200m bronze medal delighted the audience. In 1988, László Szalma and Béla Bakosi were again on the podium, both winning silver medals. One of our most outstanding race walkers, Sándor Urbanik, also finished third in the 5000 metres.

The 1989 World Indoor Championships gave us a glimpse of what is to come between 19 and 27 August 2023! A huge parade of stars and fantastic results were achieved in the Budapest Sports Hall: 19 meeting records were broken and three world records were set! One of the sport's greatest geniuses, Javier Sotomayor, jumped 2.43 metres, the highest ever jumped indoors. In the 800m Paul Ereng (1:44.84), and in the 3000m Elly van Hulst (8:33.82) improved on the world record, while Merlene Ottey, who later became a sprinter of the ages, and Stefka Kostadinova, the world record holder in the women's high jump, also won gold medals in the Hungarian capital. 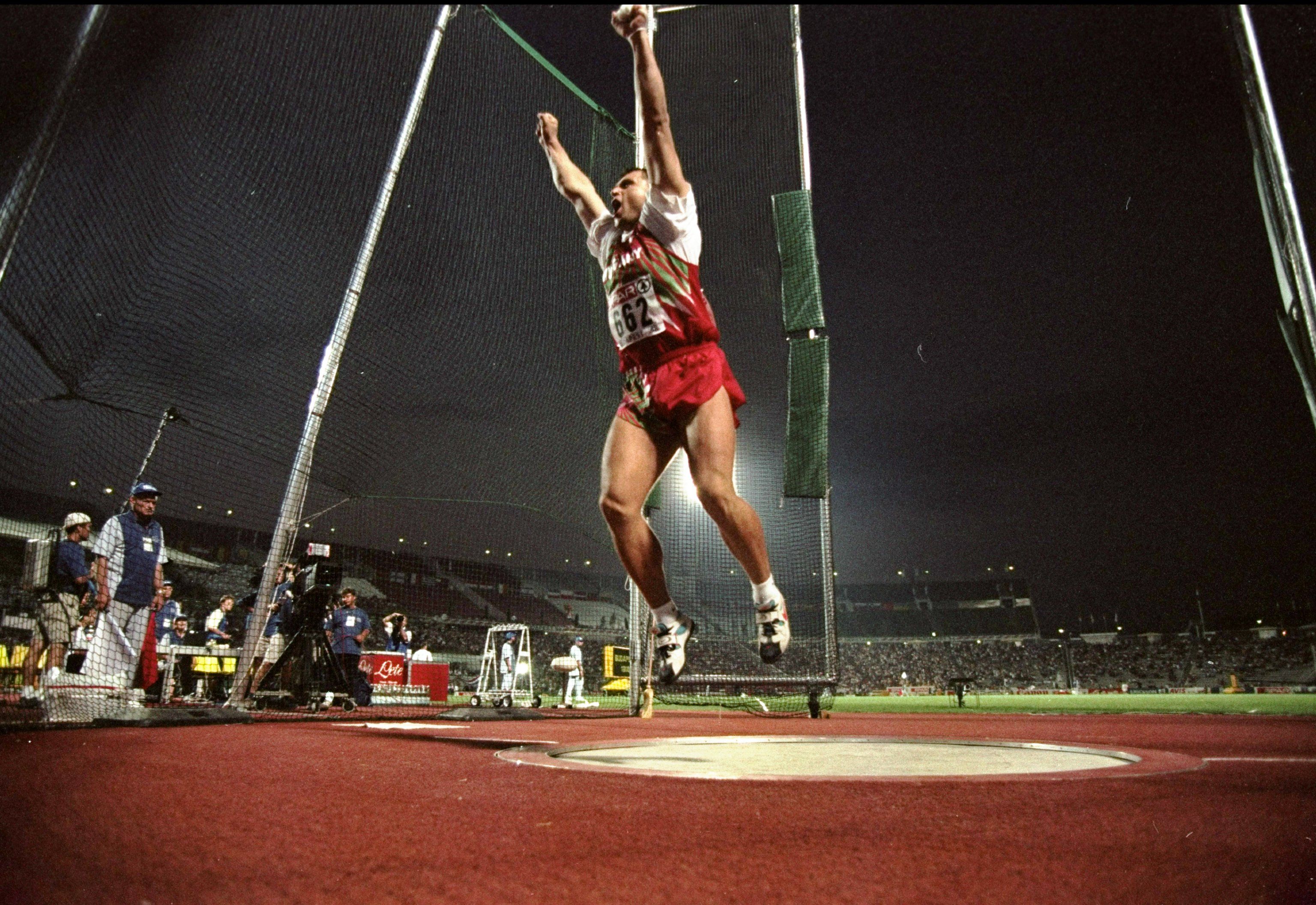 Then, at the European Championships 1998, the spotlight was back on Népstadion, where Tibor Gécsek's European hammer throw title was seen by more than 50,000 people. In addition, the silver medallist was Balázs Kiss, also a top Hungarian competitor who had won an Olympic gold medal in Atlanta two years earlier.

The European Marathon Cup, part of the European Championships, was won by Stefano Baldini, who, surprisingly, was unbeaten even at the Olympic Games in Athens in 2004. Today, the Budapest Marathon is one of the biggest marathons in the Central European region, attracting runners from all over the world to the Hungarian capital. Like the Vivicitta in the spring and the Budapest Half Marathon in early September, this mass sport event has been moving the country for almost four decades. 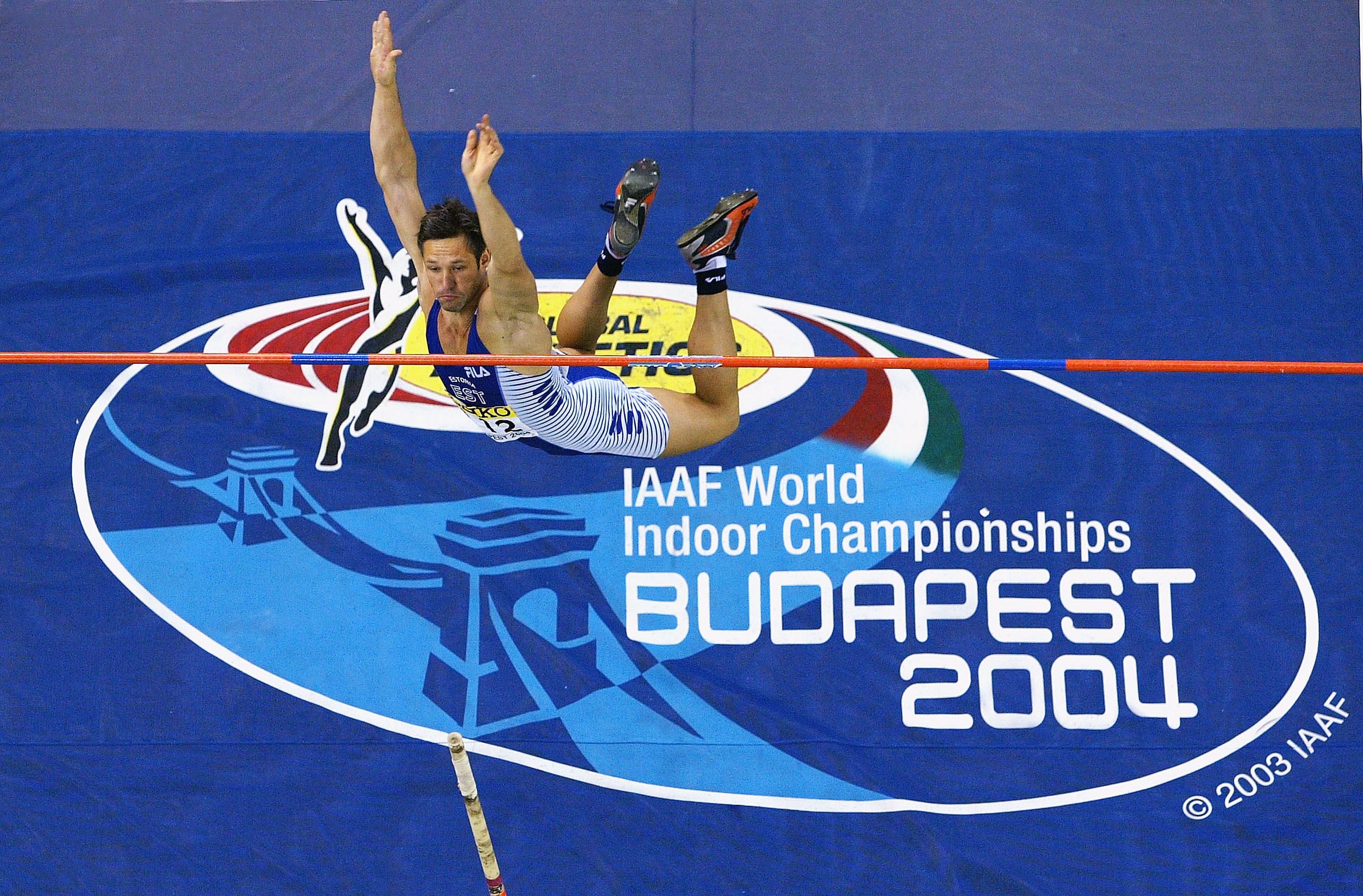 In 1999, the Budapest Sports Hall burned down and was replaced by Papp László Sports Arena, a facility that meets the requirements of the time. In 2004, the World Indoor Championships took place here, where the Russians were the most successful. Their women's 4x400 m relay team won with a world record, as did pole vault legend Yelena Isinbayeva (4.86 m), then just 21, and one of the greatest triple jump stars Tatyana Lebedeva (15.36 m), who was also unbeaten in the long jump.

Meanwhile, the Népstadion has been renamed the Puskás Ferenc Stadium, which hosted the European Team Championships second division in 2010.

The Gyulai István Memorial - Hungarian Athletics Grand Prix was held for the first time in 2011, also in the Puskás Ferenc Stadium.  The event is a successor to the Budapest Grand Prix, which was hugely popular in the 1980s. Now part of the Continental Tour Gold Series, the event attracts some of the biggest stars every year and is one of their favourite races of the season. After the Hungarian Formula 1 Grand Prix, this sporting event has been held every year for the longest time in Hungary.

In 2014, the event was organized in the newly inaugurated Bregyó Regional Athletics Centre in Székesfehérvár. Meanwhile, the decision was taken to demolish and rebuild the Puskás Ferenc Stadium. The iconic facility was demolished in 2016 to be replaced by a hypermodern stadium capable of hosting even the biggest football events. It was completed by 2019, but the brand new Puskás Arena no longer has a running track, so Hungarian athletics had to find a new home.

The small but important athletics fields in Budapest, such as the Margitsziget Athletics Centre, the Lantos Mihály Sports Centre, the Iharos Sándor athletics field, the FTC's complex or the Ikarus BSE Sports Park are also essential venues for Hungarian athletics in the capital.

In addition to the Gyulai István Memorial, two more international one-day competitions were added to the racing calendar last year. In 2021 and 2022, the Lantos Mihály Sports Centre hosted one of the Continental Tour Bronze events. The aim of holding two meetings a year is to help Hungarian athletes to achieve better results in the international field, which is also important for next year's World Championships qualification.

In 2023, the two events of the Hungarian Grand Prix Series will take place on 8 and 11 June, while the Gyulai István Memorial will be held on 18 July.

All previous world athletic events held in Hungary has been of great interest.. This will be no different for the World Athletics Championships Budapest 2023, which will enter the history books as the biggest Hungarian sporting event of all time. It will be a must-see experience for spectators visiting the new home of Hungarian athletics, the National Athletics Centre.