Success in athletics is possible even with a late start. Wojciech Nowicki is a living proof of that.

Like many Polish youngsters, Nowicki played football in his teenage years. Little did he know when he was spotted by a local athletics coach in Bialystok 11 years ago that the new chapter in his career would take him to the very top.

It wasn’t long before he was hooked. “After just a few training sessions, I knew hammer throwing was something I wanted to do,” he recalls.

He made steady progress throughout his first few years in the event and in 2011 he had his first taste of international competition, finishing fifth at the European U23 Championships. He ended that season with a best of 72.72m, nearly six metres short of Pawel Fajdek, a few months Nowicki's junior.

But it was the following year, 2012, that was key to Nowicki’s future. He parted ways with his first coach and started training with former training partner Malwina Wojtulewicz, only 27 at the time.

“At the time, I didn’t have much choice,” he says. “I don't think either of us expected we would get to where we are today. We were just hoping I would reach a level where I would qualify for the Olympic Games.”

Even a life-threatening accident in the spring of 2013, when Wojtulewicz was hit by a hammer in training, did not stop the pair for long. In the summer of the same year, Nowicki beat Fajdek for the first time in his career while taking second place at the Polish Championships behind Szymon Ziolkowski. His season's best of 75.87m, however, was not enough to qualify him for the World Championships, at which Fajdek became a surprising gold medallist.

His real international breakthrough came two years later. Nowicki started the season with two competitions beyond 78.50m and easily qualified for the IAAF World Championships Beijing 2015, but he didn’t arrive in the Chinese capital as a medal favourite.

In fifth place after five rounds in the final, he pulled off a major upset when he improved to 78.55m on his final throw to take the bronze.

“I wasn’t fazed,” Nowicki says, recalling his major championship debut. “The adrenaline makes me throw better. I guess that's what makes me suited to be an athlete.”

After another bronze at the 2016 European Championships, he travelled to the Olympic Games in Rio de Janeiro as a serious medal contender. And he showed his fighting spirit once again. Down in seventh before his final attempt, he improved by nearly three metres to take yet another bronze medal.

Nowicki stepped it up a notch the following year. He reached the 80-metre barrier for the first time with 80.31m in Ostrava and went even better with 80.47m in his home town of Bialystok to claim his first national title, ahead of Fajdek.

At the World Championships, though, Fajdek prevailed yet again to take his third consecutive title as Nowicki finished third once more.

Starting from June, Nowicki scored five consecutive wins over his arch-rival Fajdek and set consecutive personal bests of 80.63m at the Kusocinski Memorial in Chorzow, 81.45m in Gliwice and 81.85m in Szekesfehervar. He also won at the Athletics World Cup and the Polish Championships.

More importantly, though, he finally broke his bronze medal series by taking gold at the European Championships in Berlin. It was an emphatic victory as he won by nearly one-and-a-half metres and recorded the top four throws of the competition.

He ended the season with six competitions beyond 80 metres, the two longest throws of the year and a 7-5 head-to head record over Fajdek. Unsurprisingly, he was also the winner of the IAAF Hammer Throw Challenge for the first time.

Although the hierarchy has now been reversed, Nowicki and Fajdek remain on good terms.

“We still talk to each other just like before,” says Nowicki. “But you’d have to ask Pawel what he feels about this situation.”

Nowicki’s patience has worked well for him so far and he is determined to continue the same approach in the future.

“There is still some margin for improvement,” he says. “I would like to throw in the 82.00-82.50 range next year. But the most important thing for me is throwing consistently.

“I don't know how long I will continue doing it. I will just keep throwing as long as I'm healthy and able to throw well.”

Hammer winner Wojciech Nowicki at the European Championships in Berlin

Nowicki has so far managed to avoid major injuries with minor muscle pulls the only health problems he has had. And although he doesn’t rule out breaking Fajdek’s national record of 83.93m, it’s not one of his immediate goals.

“It's still a long way away,” he says. “I prefer to take things one step at a time.”

Having enjoyed a well-earned break after his successful season, Nowicki is already well into his winter training. “We are starting the hard training for the new season in December, but from mid-October I started with some conditioning to prepare for that.”

“I have no specific competition plan yet,” he adds of his 2019 intentions. “I will probably do a similar summer season to previous years, but I will be training through the meets to be ready for the World Championships.”

With the World Championships final scheduled for 2 October, the 2019 season will be a long one, but Nowicki plans to be ready when it matters. After all, he is used to being patient; it’s what he does best. 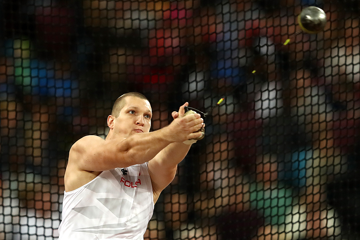 Second best for Nowicki is sufficient, for no... 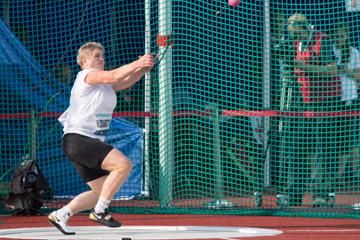