In Mombassa, Gashawtena had draped cold water-moistened towels on the senior women’s medallists as they sat at the post-race press conference, and shared in the emotions that followed the defeat and heat-related distress of the athletes who live and train in the high altitude of Addis Ababa under normally temperate and dry conditions.

From triumph to rout in one year

Ethiopia that had swept all four senior titles last year succumbed to Mombasa’s searing heat and oppressive humidity and came home without any individual gold medals.

“To date, I have never run a race as difficult as this,” declared 2006 long course champion Tirunesh Dibaba, whose credentials in gruelling challenges include conquering the 5000m / 10,000m track double in 2005 a few months after she had celebrated a brace of XC gold too.

Dibaba hung on to take silver in Mombasa behind Kenyan-born Dutchwoman Lornah Kiplagat, for whom she expressed admiration. Dibaba held off 2006 double World Cross bronze medallist Meselech Melkamu, whose third place behind her compatriot was Ethiopia’s only other individual medal in Mombasa, in contrast to eight last year!

“It was overwhelming,” was all a dazed Kenenisa Bekele could say of the elements, while leaning against a pole of the medical tent after his bid for an unprecedented sixth straight 12K title fell apart under the conditions. The 2006 double World Cross champion later explained that the situation had him fearing long-term damage when, realizing he could not go on much farther, he dropped out. “I did my best, but I didn’t want to faint and ruin the future as well,” he said later.

A number of competitors in each event required post-race medical attention, and several of the senior Ethiopian men failed to finish, including Sileshi Sihine and Tariku Bekele, so the 2006 team bronze medallists lacked the requisite six scorers to qualify for the team competition in Mombasa.

The tone of the day for Ethiopia was set during the first race, the junior women’s, in which confusion on the penultimate lap contributed to the final outcome as the girls raced in the mid-afternoon heat. As the lead pack approached a portion of the lap that runs alongside the finishing straight, one of the Kenyan girls, 2006 champion Pauline Kworikwiang, sprinted as if for home, throwing off her competitors and even the announcer.

“When one of the Kenyans began her finishing kick, we followed,” said Dibaba’s younger sister, Genzebe, who crossed a point alongside the actual finish behind Kworikwiang, and stopped, as did the Kenyan and others, including Ethiopian Abebu Gelan. “We heard the race was over, so we stopped,” said Gelan. Urged on, the girls regrouped and continued running, but Kworikwiang never overcame the disruption and failed to finish. Dibaba managed to place fifth and Gelan 13th to help Ethiopia take the team bronze.

The girls collapsed into the arms of volunteers and officials, with 19th-placed Emebet Etea reportedly in the worst shape, disoriented and presenting a picture that haunted the rest of the team. “When I saw one of the girls standing up, yet walking backwards, I was shocked, and realized how difficult it was,” said Bekele.

“The heat and the heaviness of the air suffocated me,” said World Junior 10,000m Champion Ibrahim Jeilan, who dropped out of the junior men’s race. The squad took team bronze.

The senior women fared the best, with Dibaba’s and Melkamu’s medals and 2006 short course champion Gelete Burka’s fourth place leading them to team gold, but they had expected one of them to bring the individual title home as well. “The heat hampered us,” said Melkamu.

The weather undoes Bekele on the last lap

“Before the race, I felt very thirsty but I didn’t want to take a drink, because I felt I would throw up,” said Bekele, whose eyes appeared down-turned during his race, revealing the strain on his system. “I have never in my whole life participated in a race like this.”

Bekele’s teammate Abebe Dinkessa suffered an ankle injury during the race, and dropped out. “I was behind Kenenisa and Zersenay at the time,” said Dinkessa, referring to eventual winner Zersenay Tadesse of Eritrea.

Perhaps due to heat-related confusion, Bekele, who approached the penultimate lap ahead of Tadesse, looked for an indication as to the remaining distance, said team leader Dube Jilo, who was standing alongside the course. “I told him one lap was left,” said Jilo, raising his index finger to demonstrate the signal he gave Bekele. “He had broken away with one lap left, thinking he was on the final lap,” Jilo believed. “When he realized one still remained, it was too much for him.”

It was shortly after that point that Tadesse caught Bekele, who then failed to give chase and subsequently stopped, his legs wobbling as he did so, before he exited the course. “After I stopped, I felt even more dazed,” Bekele, adding that he congratulated Tadesse on his win, said on Saturday night, before leaving Kenya for Ethiopia Sunday.

“Probably most of those kids experienced heat exhaustion,” said U.S. Olympic Committee physiologist Randall L. Wilber, who watched the race along the course after speaking at a sports science seminar in Mombassa earlier in the week, and described the symptoms of heat exhaustion as wobbliness, disorientation, and sweating. “It looks like they were all treated properly,” he added, explaining that the humidity accompanying the heat was more harmful than the heat alone. “Sweat evaporates, taking away heat and providing a cooling effect, but when the air is already saturated to 93% or so, there’s very little room for moisture to evaporate and provide that cooling effect.”

Temperatures on Saturday reached the mid-30s in degrees Celsius (mid-90s Fahrenheit) and the percentage of humidity was probably in the early 90s at some point but dropped significantly below that later, according to Wilber and Ethiopian coach Dr. Woldemeskel Kostre.

“When you run, the muscles act as pumps and when you stop suddenly, blood continues to go to the legs but pools down in the legs and doesn’t get back up to the brain,” said Wilber, explaining the runners’ unsteadiness upon stopping. “When you stop running, you have to keep moving so as not to feel dizzy, faint and lightheaded.”

The team now looks ahead

The Ethiopian national team is used to living and training in the high altitude of Addis Ababa under normally temperate and dry conditions, but had, leading up to Mombasa, trained at locations with higher temperatures and more humidity, like Debre Zeit just south of the capital and Sodere, a hot resort further south. “We tried, but this is incredible!” said Kostre on Sunday night in Mombassa. “Temperatures over 32, 33 degrees, and over 90% humidity!”

“But they are all young,” he added, of the athletes. “They will recover – they are recovering already – and this will serve as a learning experience, and they will go on.”

Ethiopia’s athletes have already begun to look ahead.

“This is now the past,” said junior men’s 12th-placer Demissew Tsega, turning his focus to the coming year.

In terms of major championships, the 2008 Edinburgh World Cross, and before it, the 2007 Osaka track Worlds – being held in a Japanese city with its share of summer heat and humidity, and an opportunity to put that learning experience to use – are around the corner.

Sabrina Yohannes for the IAAF 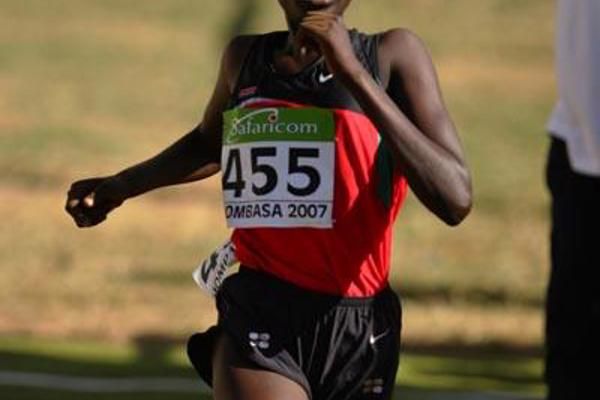 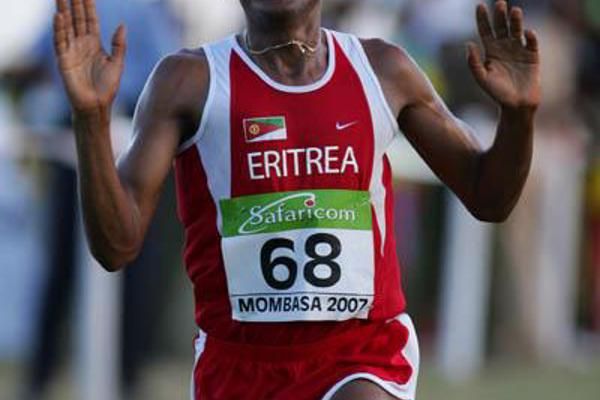 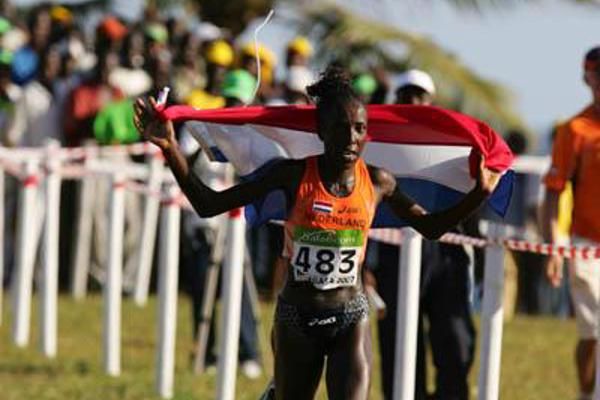