Four-time champion Imane Merga will return to Atapuerca, near the Spanish city of Burgos, for the 12th “Cross Internacional de Atapuerca”, the first of three Spanish races scheduled for this winter’s IAAF Cross Country Permit series which will get under way this Sunday (15).

As it has become tradition, the organisers have assembled a star-studded line-up to take on the 2011 world cross country champion Merga in the 9000m race, including his fellow Ethiopian Muktar Edris, who pushed him to the line last year when a photo finish had to decide the winner r after several minutes of uncertainty.

The 27-year-old Merga will try to bounce back from a relatively below-par track season, when he only could finish 13th over 5000m at the IAAF World Championships Beijing 2015 after also failing to finish in the 10,000m and take his fifth consecutive win.

As for Edris, the 2015 world cross country championships bronze medallist improved his 10,000m best to 27:17.18 when winning in Hengelo this summer but finished in 10th place in Beijing.

However, last month, the 21-year-old former world junior 5000m champion returned to form and was a comfortable winner of a good quality international 10km road race in the Italian city of Trento.

Everything seems ready for a replay of the Merga-Edris showdown from last year but the Ugandan pair of Timothy Toroitich and Moses Kibet might want to differ.

The 24-year-old Toroitich completed a classy podium last year following fourth place the previous season and he will be aiming to continue his progression in Atapuerca.

The Ugandan enjoyed a successful winter on Spanish soil last winter with no less than four victories – in Soria, Alcobendas, Venta de Banos and Amorebieta – before finishing a creditable eighth in the world championships 10,000m.

After a modest track season, Kibet returns to his speciality while Eritrea’s Goitom Kifle completes a theoretical top-five on Sunday, but there will also be a strong local squad of runners.

They all will be looking for a place on the Spanish team for the European Cross Country Championships in the French city of Toulon-Hyeres on 13 December.

Cherono against the Ethiopians in the women’s race

The women’s field assembled for the 8000m event is also of the highest calibre, thanks to the presence of the Ethiopian trio of 2014 Atapuerca winner Belaynesh Oljira, Senberi Teferi and Alemitu Haroye plus Kenya’s Mercy Cherono.

Oljira, who won bronze medals in 2013 in both the world championships 10,000m and at theworld cross country championships that year, arrives fresh from a solid 1:10:42 half marathon effort in October but Teferi could be a hard to beat as the 20-year-old is also the silver medallist from this year’s IAAF World Cross Country Championships in March. Teferi also performed brilliantly on the track this summer and got a world championships 5000m silver medal.

Haroye finished just two places behind Teferi at the world cross country championships in Guiyang and should also be a factor on Sunday.

Cherono, the 2013 world championships 5000m silver medallist, had to settle for fifth in Beijing but will be looking to make a quick impact at the start of her winter campaign.

The 24-year-old also excels on grass and mud, having won the junior women’s world cross country title in 2010 and has a fine knowledge of the circuit having been present on the podium for the last three years with a haul of two third places, in 2012 and 2013, and a second place last year.

The European challenge should come from Polish marathoner Iwona Lewandowska, a winner last month at the World Military Games, and reigning Spanish cross country champion Trihas Gebre while the 2014 European 3000m steeplechase bronze medallist Diana Martín will be back in action again after returning from injury, which prevented her going to Beijing.

The weather forecast is for a sunny day, much less colder than usual at this time of year, with the thermometer reaching up to 15 degrees Celsius. 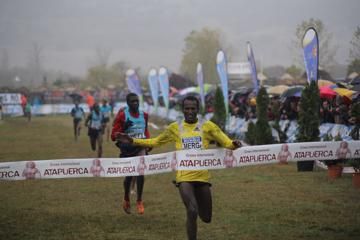 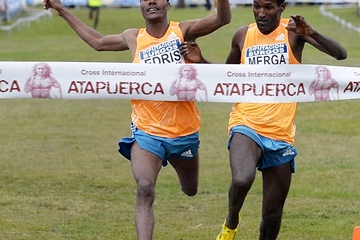 Merga and Oljira secure Ethiopian double in A... 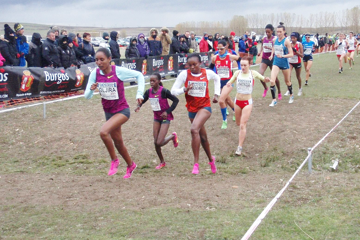 Merga and Edris to clash again at Cross de At...