After hosting various continental competitions in recent years, Albufeira will once again welcome its most prestigious event on Sunday (22): the Almond Blossom Cross Country, the penultimate fixture on the IAAF Cross Country Permit calendar.

Leading Latvian distance runner Jelena Prokopcuka heads the entries in the women’s race. Now 38, the multiple national record-holder is showing no signs of slowing down. She recently finished second at the Nagoya Marathon in 2;24:07, little more than a minute outside her PB.

The world and Olympic finalist, who took the bronze medal at the 2002 IAAF World Half Marathon Championships, will be hoping to clinch her third victory on the Almond Blossom fields near the famous Algarve beach of Falesia, having triumphed there in 2009 and 2006.

Prokopcuka, a two-time winner of the New York Marathon, is based in the Algarve for several months every year, so she will be familiar with her surroundings. If she wins again, she would tie Aurora Cunha’s record for most women’s victories at the Almond Blossom Cross Country.

Lining up against her will be the Polish duo of Dominika Nowakowska and Marta Krawczynska. 30-year-old Nowakowska made the 5000m final at the 2013 IAAF World Championships, while Krawczynska is the national 10,000m champion.

Rounding out the top European entries is former steeplechaser Andrea Deelstra, who represented the Netherlands at last year’s European Championships, finishing 13th in the marathon with a PB of 2:32:39.

A handful of Kenyan athletes will be in the Algarve, thanks to the Paul Tergat Foundation. They will stay in Portugal for a few days as they prepare for future events, but for many of them this weekend’s race will be their first experience of top European opposition.

Sharon Lucy Nyapinda and Marion Khamete Shikanga will contest the women’s race. Robert Kiplimo, a 2:12:03 marathon runner, is the most established of the Kenyan athletes in the men’s race. He will be joined by Nebster Ochieng Odhiambo, Robert Kipkorir Barsulai and Kennedy Gwela Ogude.

Andrzej Rogiewics, who has represented Poland three times at the European Cross Country Championships, is also in the field, as is 12-time Latvian champion Valerijs Zolnerovics, who finished 12th in the marathon at last year’s European Championships.

The last time both races at the Almond Blossom were won by European athletes was back in 1995. 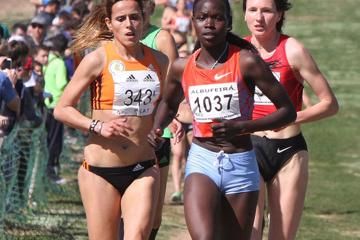 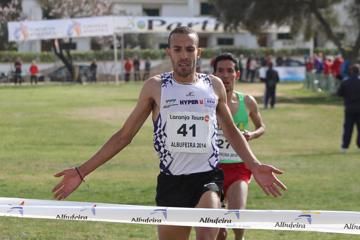 Moustaoui and Ayalew take the honours at Almo...