“This has been a tale of two cities for me,” said Sebastian Coe. “Only a few days ago I was in Portland and now I’m here in Cardiff. But the tale of two cities also focuses on innovation. A lot of the things we did in Portland had been tested at the IAAF World Relays and I must thank Paul Hardy of the IAAF competitions department for driving many of the things we witnessed there.

“There are two themes we were focusing on: one was the fact that indoor athletics creates the opportunity for public engagement, and the other was that we continue to make the athletes the heroes of the sport; they’re the story and they are why we’re here.

“The World Half Marathon should excite people into wanting to run,” added Coe. “Cardiff has fully bought into the concept of running in the community. 20,000 runners will be lining up tomorrow, and 500 of those were offered places through Athletics for a Better World. We’re delighted to be playing our part in that. I’d also like to thank the public authorities, Cardiff University and the local organising committee. I know first-hand that a lot of hard work goes on in the background.”

There was talk before the event the world record might come under threat but with the weather forecast not likely to cooperate, Mo Farah is focusing primarily on individual honours over fast times.

“I’m really excited to be here,” he added. “It’s part of my journey to Rio so when this came up, it was a no-brainer. I want to be here and I love to support the home crowd; it makes a massive difference.

“It’s going to be quite a tough race as Geoffrey is a great athlete – and the other Kenyans too – but hopefully I can go out there and have the crowd behind me.”

Competing at the IAAF World Indoor Championships in Portland might have made more sense from a logistical standpoint as Farah has been training at his home base in Oregon,  but Farah didn’t want to mess around with a schedule which has served him so well in recent years.

“I don’t like to change things; I’ve always done a half marathon somewhere in spring,” said Farah, who won the Lisbon Half Marathon this time last year in 59:32 and suggests he might be in similar – if not better – shape this year.

“I’m more ahead than last year [in my training]. I’m pretty happy with how training has gone and Rio is looking good. As long as I stay injury free, I should be good for Rio.”

Farah’s main rival tomorrow afternoon will be reigning champion Geoffrey Kamworor, who will be looking to become the first athlete since 2009 to retain his individual title.

“I can say I’m very delighted to get another chance to compete at the World Half Marathon Championships,” said Kamworor, who won in Copenhagen two years ago in 59:08.

Matt Newman, CEO of local organisers Run 4 Wales, spoke of his pride of being able to bring a global event to Wales.

“We have two fantastic elite fields and there’s a lot of excitement about how the races will unfold,” said Newman. “I’m also delighted that Dewi Griffiths selected for the British team, he is a real talisman for the local community to get behind.

“To have thousands of everyday runners running in the footsteps of champions in a mass race is a unique opportunity. No other sporting event enables that to happen.”

Sara Hall believes a medal in the team race isn’t beyond the capabilities of an experienced US team who will be competing in Cardiff.

“We’re eyeing that chance to win a medal as a team and we’re excited about the cold and rain,” she said, only half joking. “A lot of us ran in the US Marathon Trials [in Los Angeles] where it was really hot so we don’t mind a little bit of rain to make it cooler.”

USA picked up medals in all but one of the middle-distance events in Portland last week and Hall, whose lifetime best for the half marathon stands at 1:10:07, is hoping they can build on this momentum in Cardiff.

“I’ve felt there’s been a huge shift in attitude in runners in the US. The expectations have changed – from making the team and making the final to winning medals. The bar has been raised across all events. It’s been like a snowball effect – it’s an exciting time to be part of the sport.”

Marathon world record-holder Paula Radcliffe recalled her past victories at the IAAF World Half Marathon Championships.

“My first victory was in Veracruz in 2000 and it came off the back of the Sydney Olympics, where I’d just missed out on a medal.” she said. “I wanted a fresh start and I had fun from start to finish. I had found a surface where I had a few more options and was harder to beat.

“In Bristol one year later, I benefitted hugely from the home support,” she added. “The whole city got behind the race, and there were a lot of people out on the course supporting us. It was a huge privilege to win that title on home soil. It’s always such an honour to run in Britain, not only because of the extra support from the crowd but also the pride it gives you from seeing what a great job Britain does in putting on major events.”

Steven Mills and Jon Mulkeen for the IAAF

Final entries for the IAAF/Cardiff Universit... 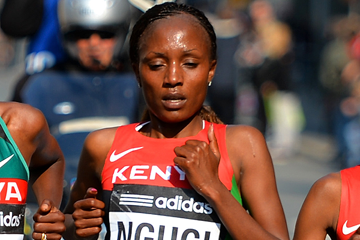 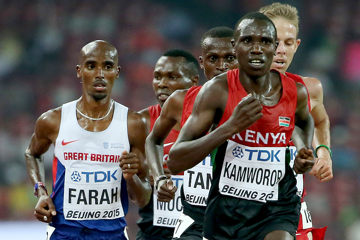 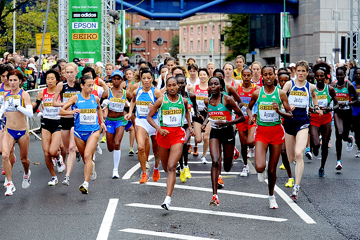