Kenya, the most successful nation ever in the history of the event, has named a strong defending men's champion Geoffrey Kamworor for the IAAF/Cardiff University World Half Marathon Championships Cardiff 2016 on Saturday 26 March.

Having won 40 gold medals – more than four times more than their nearest rivals on the all-time medal table Ethiopia, who have nine –  since the championship was inaugurated in 1992, they will be odds-on to add to that tally in the Welsh capital next month.

As well as Kamworor, the men's team includes Bedan Karoki, the man who took silver behind Kamworor at the IAAF World Cross Country Championships Guiyang 2015.

Kamworor, who currently lies 10th on the world half marathon all-time list with a personal best of 58:54, has already said that Zersenay Tadese’s world record of 58:23 could be in danger in Cardiff.

The Kenyan women’s team is just as strong as the men’s.

In addition to 2014 silver medallist Mary Wacera, the team includes Cynthia Limo, who ran a personal best and world-leading time of 1:06:04 to win the RAK Half Marathon last month.

The Kenyan women filled the first five places in Copenhagen two years ago, and few would say that it is beyond the bounds of possibility that they could repeat that feat in Cardiff. 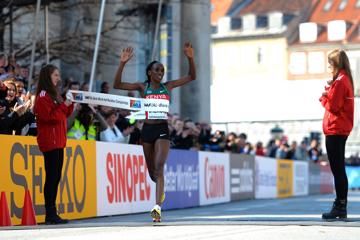 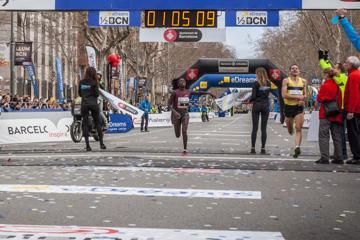 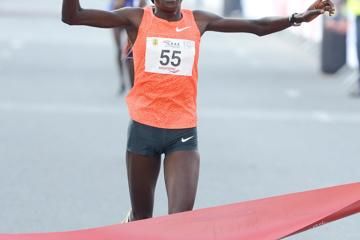