Having only achieved the qualifying standard to compete at the IAAF World Indoor Championships in Sopot, Poland on the very last day before the entry deadline, he went on to snatch the gold medal in the closing moments of the championships on Sunday (9).

He was the very last champion to be crowned in the Polish city nestling by the Baltic.

The 25-year-old improved on his Istanbul bronze from two years ago by bounding out to clinch the 2014 crown with a world-leading 17.37m in the sixth and final round.

It was a dramatic ending to the contest.

Adams uncorked his winning leap with the penultimate attempt of the competition with his Cuban rival Ernesto Reve – leading at that stage with 17.33m – unable to take his turn after Adams, owing to the fact that he was injured and watching the conclusion of the contest on TV in a treatment room at the Ergo Arena.

“I am satisfied with my result. I prepared for the World Indoor Championship for a month and a half but I wasn’t very successful (during the winter) as I didn’t have many occasions to jump,” said Adams after winning his first international title since the 2007 European junior crown.

“It is a nice surprise because I had a very difficult time last year. In 2008, I had an injury and I broke a bone in my foot. After the Olympics (in 2012), it happened again. I got injured a few weeks after the Olympics and it affected all of last year. I only had a few meetings in 2013.

“I only got fit and started to train in November, so I did not know if I was ready enough to perform at the top level.”

Adams also improved his lifetime best indoors, established in Istanbul, by one centimetre.

A 17.53m jumper outdoors, Adams began his winter campaign with a 16.67m effort to win the Moscow Championships in late January before taking the Russian title with 16.97m three weeks later.

However, he was an agonising three centimetres short of what he needed to go to Sopot.

Needing 17.00m to qualify, the Russian federation despatched Adams to neighbouring Belarus to compete as a guest in their national championships, where he jumped exactly the distance required – not one centimetre more or less – to secure his place on the plane to Poland, just a few hours before the deadline for entries.

“This is the third occasion I have taken part in a global championship (in addition to his appearances in Istanbul and Sopot, he was also ninth at the London 2012 Olympic Games).

“Of course, this is a special occasion, it is a personal record for me and I am really very happy with what I have achieved under these conditions. It has been a difficult season for me but my coach knows how to get me to peak for a world championship and I also have the experience of having been to previous events,” said Adams.

“After jumping 17.21m in the second round, I gained self-confidence; I thought that distance might even be enough to win but I was also thinking about getting closer to 17.50m. Even if my showdown with the Cubans came down to the final jump, I should have clinched the competition before.

“In the third and fourth round, I could have jumped even further (than 17.37m) but I was distracted by what was happening with the women’s 4x400m relay. They had three faulty starts. I was trying to warm up for my jumps then there was a long delay and my muscles would cool down. In the end I had to dig deep to drag out my best.

“Now, I just hope I will recuperate and have some good training. Now, of course, I want to stay healthy and be without injury, then I think I can break new ground. By that, I mean jumping 17.80m and better.

Regardless of distances achieved and additional accolades this year, Adams and his wife – the sprinter Yevgeniya Polyakova, who was a member of Russia’s 2008 Olympic 4x100m gold medal quartet and a former European indoor 60m champion – already has one momentous event to look forward to.

“In two months, I will become a father," said Adams. "It will be a son and his name will be Leon. I couldn't think of anything more to motivate me."

Presumably, like his father’s triple jump timing this winter, Leon will arrive bang on time; not a day sooner nor later than the due date. 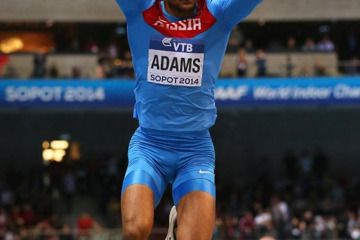 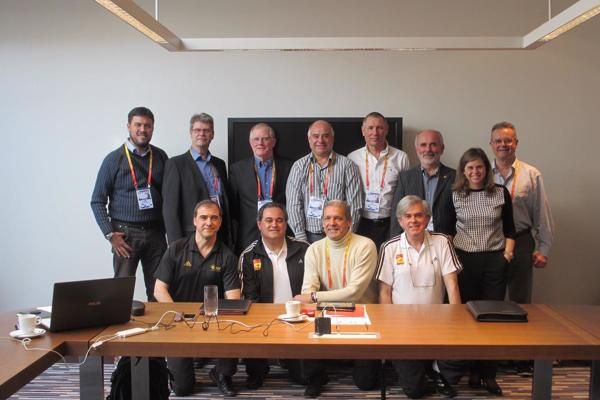 The three days of competition at Sopot 2014, from Friday 7 to Sunday 9 March, saw the IAAF website achieve historic user figures for an IAAF World Indoor Championships.