Influential figures on the contribution of women to science in athletics

Today – February 11 – marks the sixth annual International Day of Women and Girls in Science, established by the United Nations General Assembly “in order to achieve full and equal access to and participation in science for women and girls”.

According to data for 2014 to 2016 produced by the United Nations Educational, Scientific and Cultural Organisation (UNESCO), only about 30% of all female students select fields related to science, technology, engineering and mathematics in higher education.

“Long-standing biases and gender stereotypes are steering girls and women away from science related fields,” the UN site adds.

Joanna Harper, a transgender masters athlete now based at Loughborough University in the UK who worked with World Athletics to define the current rules regarding transgender and differences in sexual development (DSD);

Angela Cheruyiot, a Kenyan dietician and coach who has worked widely with elite athletes.

According to UNESCO research, only about 30% of female students take scientific routes in higher education, while enrolment for natural science, maths and stats jobs is about 5%. How can this change – are you helping to change it yourself, against the odds?

Louise Burke: “I’ve just become aware of the under-representation of females in sports science – we are under-represented as researchers but also as participants in studies. I was shocked to read a survey which found that only about 3% of the subjects in studies of strategies to enhance sports performance are females.

“I knew that it is easier to study males and just assumed that we can apply the findings to women. But I didn’t realise just how one-sided we are! I did an audit of my own research activities and found that I was contributing to the problem which shamed me into action.

“So I’ve been able to set up two new PhD scholarships at Australian Catholic University to work on strategies to promote performance research in females athletes. We will work in collaboration with some international colleagues who are also committed to the cause – Dr Trent Stellingwerff from Canada, Dr Kate Ackerman from the United States and Dr Kirsty Elliott-Sale from the United Kingdom.

“We’ll choose some performance topics to attack from a female perspective, but also try to develop tools and protocols that make it easier for other researchers to tackle the imbalance.

“It’s challenging to study female athletes – whether it be overcoming their reticence to be research participants in the first place to accommodating the special hormonal changes associated with the menstrual cycle in the study design.

“That’s why experienced sports scientists need to pave the way for others to follow. We need to fast track a solution.”

Joanna Harper: “There are various ways to make changes. Before I went back to university, I worked as a medical physicist in the United States. There was a very active women's professional group in the field, and by having female leadership and encouraging more women in the field, we grew the percentage of women from 10% to 30% over the space of 20 years.

“Even more encouraging is that close to 50% of newly minted medical physicists are women. I was a local/regional leader in the field and approximately 50% of the physicists I hired were female. Here at Loughborough University, there is once again a very active organisation of women who support and encourage other women to enter and flourish within the scientific halls.”

Lindy Castell: “I left school at 16 and attended day release classes in agriculture as my ambition was to work in farming. However, a back injury led to a change in direction.

“Serendipity led me to a temporary post in the University Laboratory of Physiology at Oxford, where I eventually became a technician.

“After two years working in the United States, I came back to Oxford, where Professor Eric Newsholme persuaded me to join his group in the Department of Biochemistry. His DPhil students in the lab (50% females) were always very supportive when I needed to learn new techniques.

“Oxford agreed to let me embark on an MSc, and when Eric Newsholme retired, I took over running the Cellular Nutrition Research Group. This involved raising sufficient funds over nine years to allow our group to undertake further research. During this period I taught exercise immunology for the University’s Sports Science course created by Sir John Bell: this led to more supervision of MSc student research projects which were thoroughly rewarding. I was also given MA Status.

“Since retiring from active research, I have continued to collaborate with former colleagues and to write research papers. I was made a Research Fellow at an Oxford College, which enables me to continue contact with graduate students.”

Angela Cheruyiot: “I followed this career path because I love science, sports and food. I feel like I can contribute to enhancing the lives and careers of athletes that I work with. I am working to fulfil that goal.”

Is there such a thing as ‘a scientific mind’?

Lindy Castell: “I think there is no doubt of that. I’ve talked with professional scientists who, for example, became besotted with biochemistry in their teens; to graduate students and post-doctorates involved in science whose innate curiosity drives them on, and who love to be steeped in conversations about many aspects of science.

“Being involved in these conversations over the years has been very stimulating for me. It still gives me a buzz when a young colleague phones and says ‘I’ve had this crazy idea….!’ To help nurture a scientific mind in the young, I strongly recommend a regular dose of New Scientist magazine from an early age…”

Angela Cheruyiot: “A scientific mind is a curious and adventurous mind. As long as one is curious about any scientific field, one can explore the different options.”

Joanna Harper: “Of course, everyone has their own personal inclinations, and my inclination is towards science, and maths and data analysis. However, even those people who might not be scientific ‘naturals’ can improve their deductive abilities, maths, and analytical skills with practice. I think that success in science is as much about putting in the effort as natural inclination.” 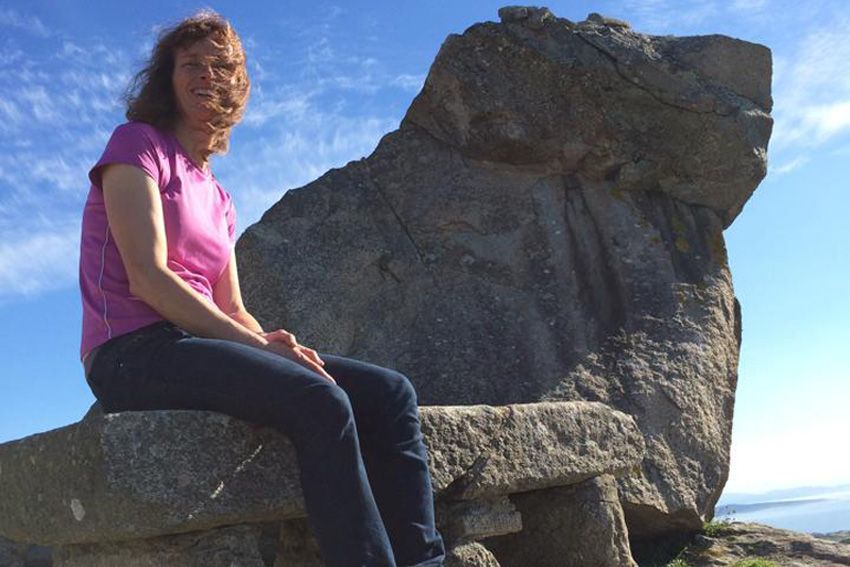 Can you name something in science that gives you the most satisfaction?

Joanna Harper: “Those ‘eureka’ moments are special. There are often problems that you struggle with for some time, and then something illuminates your mind, and the solution becomes obvious. It is such a glorious feeling when the light of understanding comes beaming in.”

Lindy Castell: “Firstly, research data that proves what you hoped it would do! Having said that, I well remember one study which turned out to have the opposite effect of what I had proposed. Having ‘licked my wounds’ for a few weeks, it occurred to me that there might be some mileage in what my data had actually showed, and I began to write it up.

“Coincidentally, soon after I made this decision, a clinical group published a study with similar results to mine, which came to the same conclusion as I had recently done.

“Secondly, data from a clinical study being undertaken by female medical students under my supervision turned out several years later to bear similarities to data from endurance athletes.

“Thirdly I also found it very satisfying to have produced a comprehensive review on glutamine (the most abundant amino acid in the body), exercise and immunodepression.”

How have you been able to leverage your knowledge for the sake of athletics?

Louise Burke: “I wasn’t sure what I wanted to do, even when I was already at university. I was interested in food and nutrition so I directed my studies to those themes. My lucky moment was having a social conversation with one of my lecturers who told me about how he was altering his diet just before running a marathon. (This was back in the days when carbohydrate loading was just being developed).

“Suddenly I knew that was how I wanted to explore the world of nutrition – to help athletes go faster, higher and stronger. Sports nutrition didn’t really exist then, so there were plenty of opportunities to create new pathways. This branch of science has provided me with a lifetime of adventures. 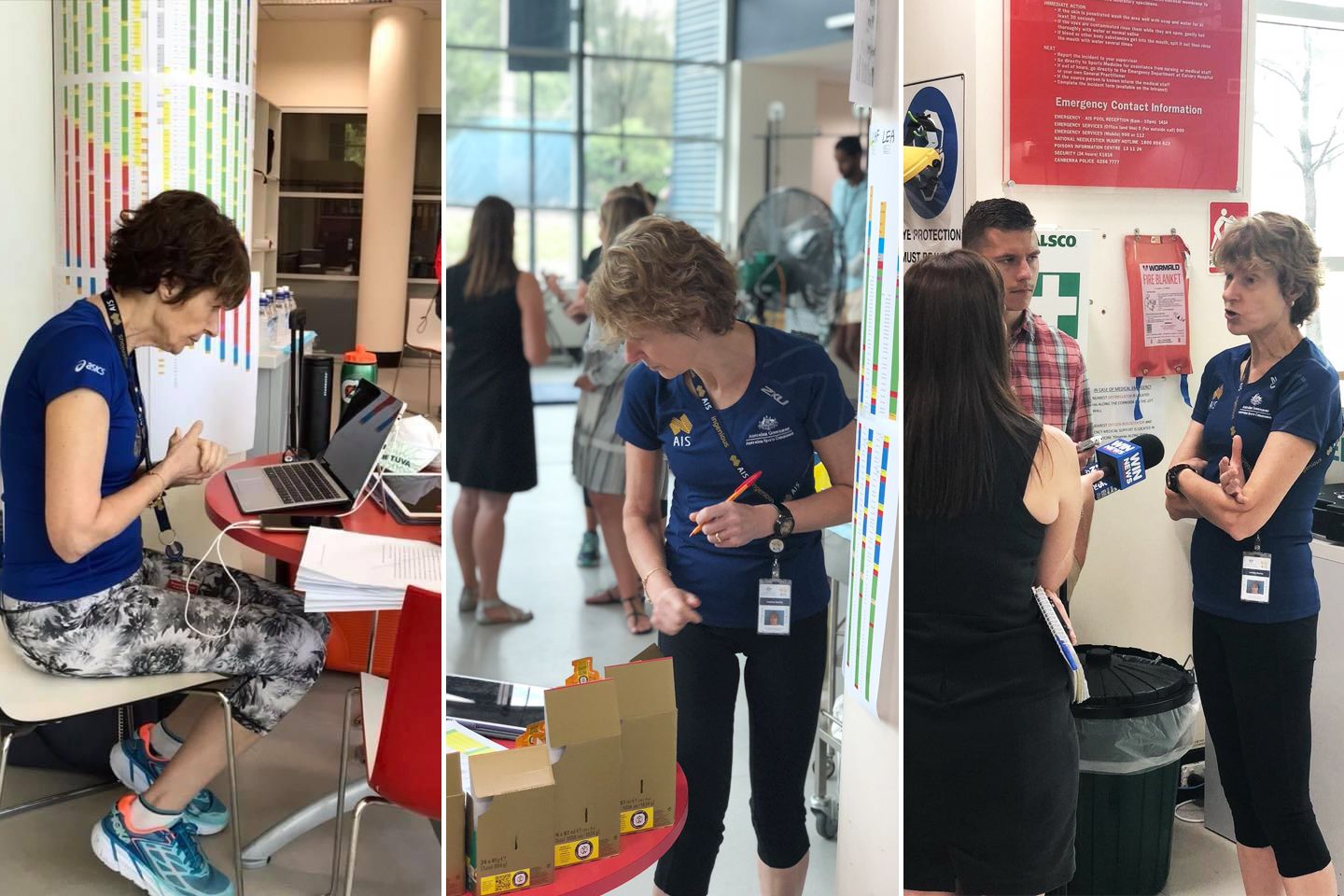 “I love exploring a new idea or tackling a challenge in sport via nutrition. Over the last years, my team has developed some new models for doing this – the research-embedded training camp. We work with the athletes and coaches to set up a training camp that promotes performance improvements through the environment of good facilities, support to allow athletes to train hard, and an environment of sharing knowledge and ideas.

“Everyone is a collaborator in the research question we embed in the camp, and we all cooperate to find the answers. It’s a great experience when talented athletes, coaches and sports scientist all provide blood, sweat and tears towards a common goal. It produces great fun as well as great science – a true win-win! My new crusade will be to make sure that females are equally able to benefit from these projects.”

Lindy Castell: “In 2009 I decided to initiate a series of monthly articles on nutritional supplements for athletes in the British Journal of Sports Medicine. This continued until 2013, and I was very fortunate that Professor Louise Burke and Dr Samantha Stear agreed to join me in this venture.

“The three of us then went on to produce a book (published in 2015) in the shape of an A-Z guide on nutritional supplements in sport, exercise and health: it comprised 138 topics and included 111 authors. Important features were efficacy index tables on supplements and sports foods, and advice on inadvertent doping.

“In 2017 my colleague Professor Stephane Bermon and I co-edited a Consensus Statement on immunonutrition, which was published in Exercise Immunology Reviews. We subsequently collaborated with Louise Burke on producing the 2019 World Athletics Consensus Statement: Nutrition for Athletics, which was gratifyingly cited during 2019 as being “the most popular article” in the International Journal of Sport Nutrition and Exercise Metabolism.

“More recently I was pleased to be asked by colleagues in Japan and Iran to be a co-author on a review looking at physical activity during the first Covid-19 lockdown: my main contribution consisted of material relating to immunonutrition. This article was published in August 2020 in the Journal of Sports Science (UK).

Joanna Harper: “One of the most problematic questions for athletics is how to deal with transgender and intersex athletes. The fact that I am a scientist, an athlete and transgender has given me special insight into these questions.

“I am not, however, suggesting that I have all the answers; merely that I am an important voice in the search for solutions to the issue of gender variant athletes.

“I am grateful that World Athletics has given me the opportunity to be a worldwide leader in these very contentious issues. As an athlete I have found that my analytical skills have been useful in team competition situations where the ability to analyse the relative strengths and weaknesses of other teams has come in handy.

“I would also like to say that women scientists have been uniformly welcoming to me as a trans woman. No one has suggested that I am taking the spot of another woman in the sciences. Rather, my success as a trans feminine scientist has always been perceived as an advancement for all women scientists.”

Angela Cheruyiot: “I feel like I still have a long way to go in my career. The best thing is to keep learning and acquire more knowledge and implement what I learn to get good results.”

World record-holders Joshua Cheptegei, Mondo Duplantis and Brigid Kosgei are among the nominees for the Laureus World Sports Awards.

Gudaf Tsegay remembers her early days in the sport when she would look up to two-time Olympic gold medallist Meseret Defar as a role model.

The sun shone for Toshikazu Yamanishi at the 104th Japanese Championships in Kobe.