Athing Mu kicked off her collegiate career with the second fastest indoor U20 800m performance of all-time at the Ted Nelson Invitational in College Station, Texas, on Saturday (16).

She did her thing 😏 #GigEm

Elsewhere, Bryce Deadmon sped to a 45.68 victory in the 400m, another world lead.

Tyra Gittens, who also competes for Texas A&M, won the long with a 6.62m leap to break the national indoor record for Trinidad & Tobago. The 22-year-old, who also hold the national record in the heptathlon, won the high jump with 1.83m.

KC Lightfoot topped an early-season world lead of 5.94m at the Corky Classic in Lubbock, Texas, on Saturday (17) to break the US collegiate indoor record in the pole vault.

Making his 2021 debut, the 21-year-old sailed over the height on his first attempt before closing out the competition with three attempts at 6.00m. Lightfoot, a member of the US squad at the 2019 World Championships, entered the year with personal bests of 5.83m indoors and 5.82m outdoors.

"It was a good day overall," said Lightfoot, who added one centimetre to the NCAA indoor mark set by Chris Nilsen one year ago. "Some things fell into place and the collegiate record stayed up there. There are plenty of things to work on, and I believe a 6-metre bar will be coming sooner rather than later."

The meet also witnessed a world lead in the men's 800m, courtesy of Takieddine Hedeilli who clocked 1:45.98. The 24-year-old Algerian clipped 2.52 from his previous best and also broke the national indoor record of 1:46.87 set by Reda Abdenouz in 1992.

Rohan Browning sped to a wind-assisted 9.96 clocking over 100m at the Illawarra Track Challenge in Wollongong on Saturday (16), making him the second-fastest Australian over the distance in any conditions.

Little more than 90 minutes after his 100m triumph, Browning returned for the 60m final and sped to a 6.55 victory, this time wind-legal (0.1m/s), making him the fastest Oceanian athlete ever for the rarely-run outdoor 60m.

Elsewhere in Wollongong, 19-year-old Monique Quirk won the women’s 60m in 7.28 (0.0m/s) and World Championships semifinalist Bendere Oboya was a comfortable winner of the 400m in 53.35.

Wanjiru, the fourth-place finisher over 10,000m at the World Athletics Championships Doha 2019, covered the 10km course in 33:44 to win by 34 seconds from 2017 world cross-country bronze medallist Lilian Kasait Rengeruk.

Three-time Berlin Marathon winner Gladys Cherono was third (35:08), while Alice Aprot, the 2016 African champion over 10,000m and cross country, made a promising return after a 17-month break from competition to place fourth in 35:56.

Muneria, who represented Kenya in the 5000m at the Rio 2016 Olympics, was also a convincing winner. He broke away from the rest of the men’s field to win in 30:01, finishing 42 seconds ahead of runner-up Boaz Kiprugut.

University of Kentucky student Abby Steiner hadn’t raced since clocking an outright 200m PB of 22.57 in February 2020, making her the world indoor leader for that season.

The 21-year-old picked up where she left off, though, and sped to victory at the Rod McCravy Invitational in Lexington on Friday (15), running 22.83 for 200m. As the facility houses an oversized unbanked track, it won’t count for record purposes but is nonetheless a promising start to the year.

Over in Birmingham, Alabama, world 400m champion Steven Gardiner opened his 2021 campaign with a comfortable 300m victory in 32.70 – just 0.44 shy of his own Bahamian indoor record. 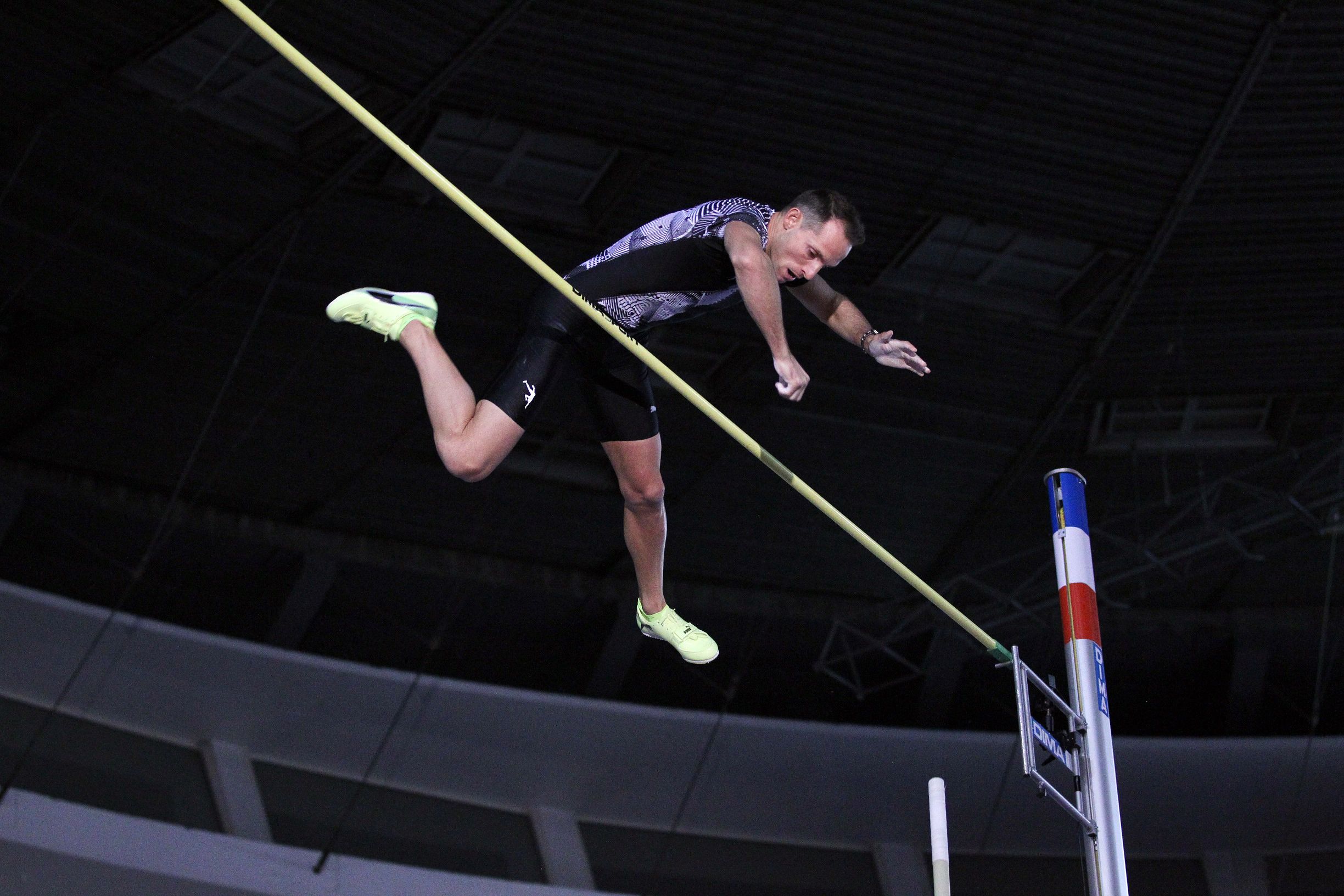 He needed two attempts at 5.72m and at 5.82m, by which point he had the competition won as younger brother Valentin bowed out with a best of 5.72m. Lavillenie, now 34, then got over 5.92m on his second try before wrapping up his series with three misses at 6.00m.

The women's contest was decided on countback as Netherlands' Femke Plum, Belgium's Fanny Smets and Switzerland's Angelica Moser all cleared 4.51m. Plum, who cleared her first three heights on her first attempts, came out on top.

BACK
Pages related to this articleAthletes
Rosemary WANJIRU

Olympic heptathlon champion Nafissatou Thiam highlighted the first day of finals at the European Indoor Championships in Torun on Friday (5) as the Belgian won the pentathlon with a world-leading national record of 4904.

The Italian 400m record-holder is also currently pursuing a medical degree. So who better to ask for advice on post-workout rest and recovery?

How Hannan moulded Clay into Australia’s next top sprint hurdler

When Sally Pearson abruptly announced her retirement last August, it seemed Australian women’s hurdling would be waiting some time for another athlete capable of reaching global championship finals.