World medallists set to feature in hurdles, 3000m and long jump in Lievin

Ortega and Martinot-Lagarde, joint bronze medallists at last year’s World Championships, have been racing one another for the past decade. Ortega, the Olympic silver medallist, has the slightly faster outdoor PB at 12.94, but European champion Martinot-Lagarde has the better indoor record, having reached the podium in seven of his eight major indoor championships appearances. He also won in Lievin last year.

Bekh-Romanchuk and Brume were separated by just one centimetre at last year’s World Championships as Bekh-Romanchuk took silver with 6.92m and Brume the bronze with 6.91m. Brume, the three-time African champion, has only contested one indoor competition to date but is a 7.05m jumper outdoors at her best. Bekh-Romanchuk, meanwhile, is the European bronze medallist indoors and silver medallist outdoors.

Barega, meanwhile, will be returning to the scene of his indoor 3000m PB. The Ethiopian ran 7:36.64 in Lievin in 2018, a time that puts him third on the world U20 indoor all-time list. Now embarking on his first year as a senior athlete, the world 5000m silver medallist will be targeting another fast time on 19 February.

With one month to go until the competition, organisers announced late last week that the meeting is already sold out. 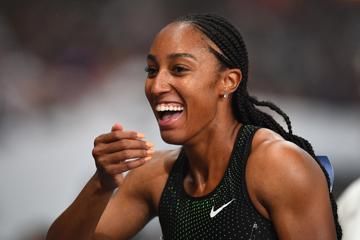 McNeal and Tuka confirmed for Lievin... 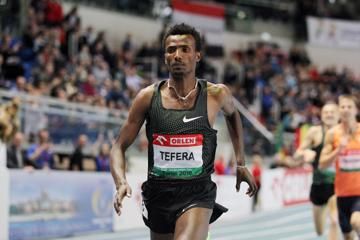