The race, this year celebrating its 37th edition, is the largest women’s-only marathon in the world, with a capacity exceeding 22,000 runners. The main focus will however fall on the Kenyan pair who bring strong marathon momentum to the start line.

Aiyabei is the fastest in the field of 17 invitees, with a personal best of 2:20:53 recorded at the Berlin Marathon last September where she finished third. Prior to that appearance in the German capital, Aiyabei won four straight marathons: Eldoret, Barcelona, Valencia and Prague. Notably, the 26-year-old has also improved her lifetime best in each of her last four races, from Barcelona to Berlin. Her half marathon lifetime best of 1:07:50 also came in 2017 with her victory at the Prague Half Marathon.

Her main challenger is Cheyech, whose marathon best of 2:21:22 was set at the 2017 Paris Marathon where she too finished third. The 35-year-old followed up that performance with a fourth place finish at the IAAF World Championships London 2017. More recently Cheyech, the 2014 Commonwealth Games champion, won the Saitama Marathon in November and paced January’s Osaka Women’s Marathon through the midway point in 1:12:02. Cheyech’s half marathon best is 1:07:39, faster than Aiyabei’s.

Other contenders from abroad include Merima Mohammed of Bahrain, who has a marathon personal best of 2:23:06 from 2010 and Ethiopian Meskerem Assefa, who clocked 2:24:18 at the 2017 Rotterdam Marathon. Assefa ran two 2:24 marathons in 2017 so could be a threat to the favourites. Karolina Nadolska of Poland, with a personal best of 2:26:31, and Italy’s Sara Dossena with a lifetime best of 2:29:39 round out the international field.

For Japanese runners, the race also doubles as a qualifying race for both the 2018 Asian Games marathon team and the 2020 Tokyo Olympic Marathon team trials. After three qualifying races for the latter, only three women have thus far qualified, quite a contrast with the men’s side in which 13 have already earned their spots for the Olympic team trials race. In Nagoya, up to six runners can earn qualification: the top three, if they finish under 2:28, as well as those who finish fourth to sixth provided they ran under 2:27. 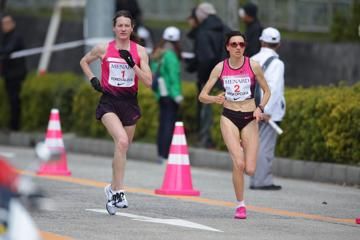 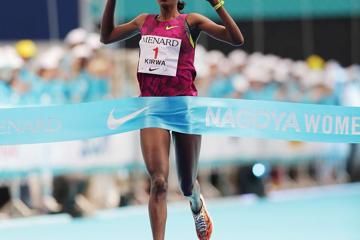 Records for Kirwa and Konovalova at Nagoya Ma... 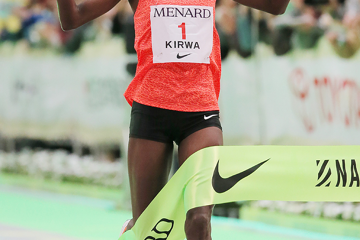 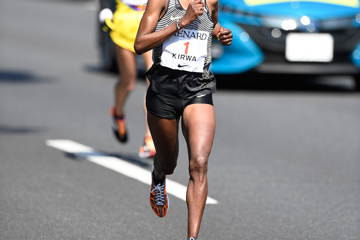 Third win in a row for Kirwa and fast debut f...