Russia’s Mariya Konovalova was an authoritative winner of the 2014 Nagoya Women’s Marathon, an IAAF Gold Label Road Race, in 2:23:43 on Sunday (9).

For Konovalova, it was her first victory in a marathon in ten starts (not counting pacing duties) and the time was second fastest of her career, just short of her personal best of 2:22:46 recorded in last year’s Chicago Marathon.

She will turn 40 on 14 August, so could conceivably go for the master’s marathon best in an autumn race. This particular mark stands at 2:24:54 to Germany’s Irina Mikitenko from the 2013 Berlin Marathon.

The real racing between the remaining women started after 30km, reached in 1:42:58, when the pace maker dropped out and Konovalova started to push the pace at the front.

Konovalova’s final push for the victory started with 5km left in the race, and Prokopcuka had to let her Russian rival go. By 40km, with the clock reading 2:16:30, Konovalova led Prokopcuka by 10 seconds and extended through the remainder of the race. At the finish, Konovalova had an advantage of 24 seconds.

It was fourth fastest time on the course which starts and finishes at Nagoya Dome, but Konovalova fell short of the fastest time by a 39-year-old over the classic distance: 2:22:18 by Mikitenko, recorded in the 2011 Berlin Marathon.

Prokopcuka, 37, held on for second with 2:24:07. It was her best finish since her second place finish at the 2007 Boston Marathon and her finishing time was her fastest since the 2006 Boston Marathon where she recorded 2:23:48, the second fastest time of her career.

Behind the European pair, the race for the Japan team that will contest the Asian Games marathon was fierce.

When Konovalova surged after 30km, the lead pack was split into two, and all three Japanese fell back at that point.

They ran together until just before 36km when Kizaki started to drift back, apparently leaving Hayakawa and Tanaka to fight it out for the top Japanese position which could mean an Asian Games place.

However, Kizaki, the fourth-place finisher in the last year’s World Championships marathon, was not finished.

Starting at about 39 kilometres, Kizaki came back alive and started to reel in her compatriots. With 2.5km left in the race, Kizaki finally caught the pair.

Tanaka, eighth at 2012 World Half Marathon Championships, started to struggle and drifted back just after 40km, leaving Kizaki and Hayakawa to duel for the honour of being the top Japanese runner.

As the two approached the Nagoya Dome, the start and finish area, Kizaki surged into front to leave Hayakawa behind and won the race for the top Japanese, crossing the line in third place with 2:25:26.

“I was confident going into the race because I have done best training in my career. So I am bitterly disappointed that I could not bring back the victory to everyone who supported me, including my coach, manager and trainer,” said Kizaki after the race.

In total, the top nine women ran faster than 2:30. Approximately 15,000 runners took part in the biggest women-only mass marathon in the world.

The accompanying half marathon allowed male runners and Yuki Kawauchi, who finished fourth in the last week’s Lake Biwa Marathon, took part and won in 1:04:17.

BACK
Pages related to this articleAthletes
Mariya Konovalova 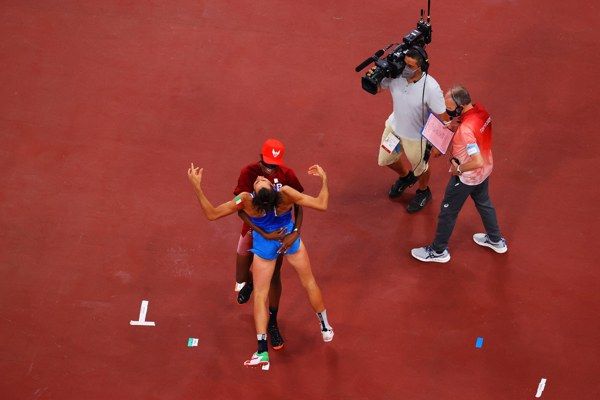