The organisers of the Vienna City Marathon were asked last year if their race had been a success, it was simple to answer: “su gut!”

After all, Kenya’s Henry Sugut clocked an Austrian all-comers record of 2:06:58 to win the IAAF Gold Label Road Race and in the local dialect his family name translates as, “so good.”

However, the 30th edition of Austria’s biggest and best quality road race could even be better on Sunday, especially as the aforementioned Sugut will return to defend his title.

Pacemakers are expected to pass the halfway mark in around 1:03:30 on Sunday.

“That pace is okay for me. I am in good form. I have not raced since Amsterdam (when he finished ninth in 2:09:07), instead I fully concentrated on Vienna,” added Sugut.

In total, 10 runners are on the start list with personal bests of below 2:10; among them is Kenya’s Jafred Kipchumba.

With a best of 2:05:48 when winning the 2011 Marathon Eindhoven, he is the fastest runner ever entered into the Vienna City Marathon.

Kipchumba has good memories of Vienna as well. It was back in 2009, when he had participated in a unique ‘debutants only’ race in the Austrian capital that he achieved 2:10:42 for sixth place.

“The Vienna Marathon changed my life, because I was earning much more prize money from then on. For example I was able to build a house in Kenya,” he said.

“After Eindhoven, I had an injury. This is the reason why I did not compete last year, but now I am in good shape and I have concentrated fully on the Vienna City Marathon. I did not run any other races recently,” commented Kipchumba.

One of Henry Sugut’s friends and training partners, Gilbert Yegon, is also expected to do well on Sunday but there is not expected to be any love lost on the roads as Yegon was behind Sugut last year with 2:07:38.

Yegon will be looking to recapture the form that saw him win his debut marathon in Amsterdam in 2009, when he clocked 2:06:18.

“After that, I had problems with my hamstring for a long time, but now it is fine. On Sunday I hope for a personal best in Vienna,” said the 24 year-old Yegon.

The women’s field looks stronger than in recent years as well.

Ethiopia’s Kebebush Haile is the fastest in the field with a personal best of 2:24:09, when she won the 2011 Shanghai Marathon. However, she had a disappointing performance in Dusseldorf 12 months ago. a year ago, where she finished fifth with 2:29:02 because of an injury.

“I had a hip problem so I did not run after Dusseldorf,” explained Haile. On Sunday she hopes to improve on her personal best. “With such a performance, I hope to have a chance for selection for the World Championships in Moscow. Of course, I will have to wait and see what my fellow Ethiopians will run in London next week.”

Haile will also have strong challengers from her compatriots on Sunday, among them are Eyerusalem Kuma and Meskerem Assefa.

The race organisers hope that the 13-year-old course record from Italy’s Maura Viceconte, which stands at 2:23:47, will finally be broken. 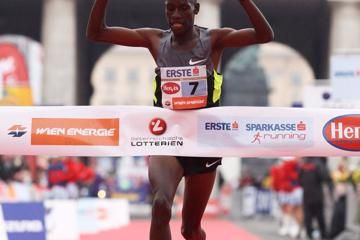 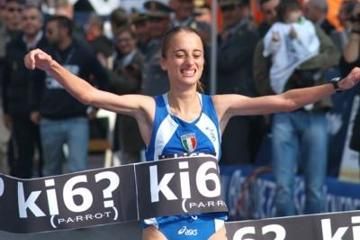