Kirdyapkina has got six races faster to her name than the world-leading 1:26:31 she clocked in Taicang but none will have given her greater pleasure than her achievement in China after finally emerging out of the shadow of the absent reigning Olympic and world champion Yelena Lashmanova, who beat her to the line last summer at Moscow 2013.

Home favourite Liu Hong was 27 seconds in arrears, her face etched with the bittersweet feelings of getting a medal on home soil but not being able to break the tape on one of her favourite circuits.

A large group of more than 20 walkers went through 4km together but, as the athletes rounded the first turn on the third lap of the East Shanghai Road, Ukraine’s Lyudmyla Olyanovska started to edge away.

After passing 6km in 27:07, Olyanovska had a 10-metre lead over the large chasing pack which had the Italian pair of Eleonora Giorgi and 2010 junior women’s winner Antonella Palmisano, Liu and her compatriot Lu Xiuzhi and Spain’s Julia Takacs to the fore.

Over the next lap, Olyanovska stayed at the front and extended her lead by another 10 metres before throwing down the gauntlet on the fifth lap.

Olyanovska passed 10km in 44:20, operating at personal best pace, with the rest of the 21 challengers now 13 seconds in arrears, with Poland’s Agnieszka Dyagacz now showing at the front of the group along with the Chinese and Italians.

The gap grew further on the following lap to 20 seconds as Olyanovska continued her bid for glory and her county’s first individual medal at the Cup since the breakup of the Soviet Union.

However, it was a dream that lasted just another two kilometres.

From 13 kilometres, Kirdyapkina started to quickly close the gap on her neighbour, a move which broke up the pack.

Olyanovska still had the lead at 14km, with the clock showing 1:01:37, but her Russian rival was only three seconds in arrears and just a little further up the road moved into pole position, with Liu Hong getting rousing applause as she also moved into third place.

Kirdyapkina went through the gears and passed 15km in 1:05:48, with Liu and Lu drawing up level with Olyanovkska to battle for the silver medal but 10 seconds from the accelerating Russian, who extended her lead over the penultimate lap.

The leader heard the bell in 1:18.12 with Liu, who had now edged away from Lu and Olyanovska just after 16km, out on her own but now 24 seconds behind.

Kirdyapkina held her poise and rhythm all the way to the line to clinch a memorable win. After her husband Sergey won the men's 50km title two years ago in Saransk, they are now the first married couple to have both recorded Cup wins.

"I planned to go earlier in the race but the unpredictable early lead from the Ukrainian girl led me to change my plans. At 13km, my coach told me to go," revealed Kirydapkina.

"Fortunately, I could accelerate more and more, because I was very strong," she added.

Behind Kirdyapkina, there was drama over the final two kilometres with a brief head-to-head battle for the silver medal between Liu and the two-time junior women’s Cup winner Vera Sokolova, the Russian former world record-holder coming through strongly on the ninth lap and overtaking Liu 1500 metres from home before Liu got her second wind and snatched back second place.

Liu crossed the line in a season’s best of 1:26:58 with Elmira Alembakova getting the bronze medal in the final few metres from her flagging team-mate Sokolova, who perhaps had mis-timed her effort, the Russian pair timed at 1:27:02 and 1:27:03.

With three Russians in the first four, the arithmetic about who had won the team title was easy and Russia retained their crown from Saransk 2012. They got their fourth set of gold medals in the past five editions of the Cup in this event, with a tally of just eight points.

Behind the leading quartet, Giorgi came through strongly on the last lap and finished fifth in an Italian record of 1:27:05 while the long-time leader Olyanovska took more than two minutes off her previous best, and got a just reward for her bravery for the first two-thirds of the race, with a national record of 1:27:27.

Behind the Russian team, China got the silver medals with 22 points and Portugal got the bronze with 36 points; the latter team included the 39-year-old Susana Feitor, who was making her 10th appearance in the Cup to equal the women's record.

BACK
Pages related to this articleAthletes
Vera Sokolova 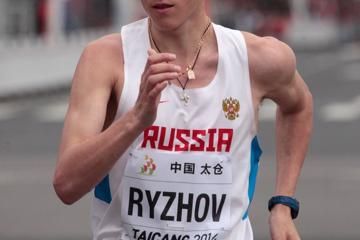 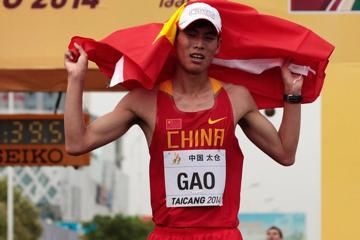 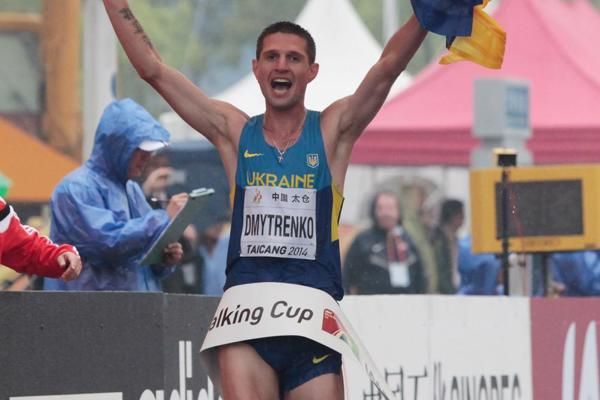 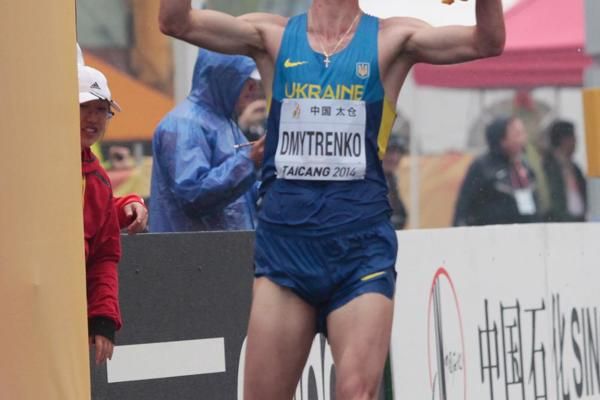 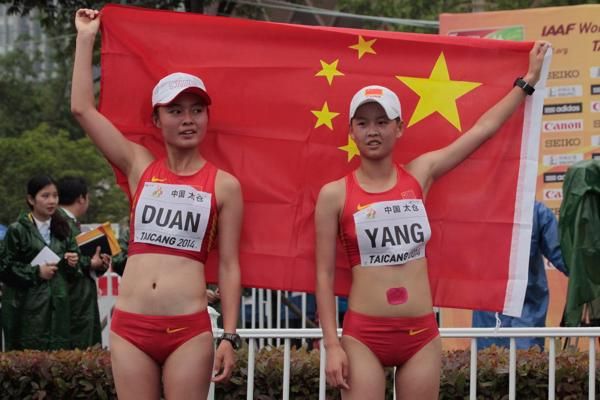