More than 1000 athletes on 150 relay teams from 45 nations are getting ready for the World Athletics Relays Silesia21, with just 50 days to go.

Among them is local favourite Justyna Swiety-Ersetic, who will be looking to add to her 4x400m success when she forms part of the home team for the event at the Silesian Stadium in Chorzow, Poland, on 1-2 May.

Retaining the title on her home track is the aim.

“I know I'm now facing another crucial stage in my Olympic preparations,” said Swiety-Ersetic, a Silesian Sports Ambassador who recently claimed 400m silver and broke her own national indoor record at the European Indoor Championships in Torun.

“I am going back to training and in 50 days I will face the opposition in my favourite stadium, on my track. I live nearly next door to here. I love running in the Silesian Stadium. I have nothing but good memories from here and I'm looking forward to making history here once again.

“On 1-2 May, together with the other girls from the team, we will be aiming for another great race. We will be fighting to defend our title from Yokohama 2019 and to beat the US team again.”

Swiety-Ersetic was one of 10 Polish medallists in Torun and many of the main protagonists will be joining her in relay action in the Silesian Stadium.

Four of the medals were won in the 800m events as Joanna Jozwik finished second in the women’s final and Patryk Dobek sensationally defeated his more experienced rivals to take gold in the men’s event. Jozwik's experience and the newcomer quality of Dobek, a former 400m hurdles specialist, is bound to electrify the audience during the 2x2x400m race. In this rarely-run event, each of the two athletes run 400m twice.

“Torun is now history, I'm now focusing on new goals,” said Jozwik. “One of them is competing at the World Athletics Relays in Silesia.

“Me and Patryk Dobek on one relay? That spells a huge challenge, an adventure and a sense of excitement. I have tons of experience in the 800m, while he represented Poland in another event for years and became the European champion at my distance. It will be like fire and ice, a combination of experience with a touch of madness. The fans will not be disappointed.”

The World Athletics Relays also serves as qualification for the Olympic Games in Tokyo. As such, it is an important competition for the Polish men's 4x400m team who were denied the chance to race in Torun due to a positive coronavirus result.

“We were excluded from Torun by the pandemic. Now it is time for speedy recovery, regeneration and intense training,” said Jakub Krzewina. “After what happened to us at the European Indoor Championships, we will come back stronger. We are not giving up. A fight for Olympic qualification, in our stadium, that gives you extra motivation.”

Silesian voivodeship assembly chairman Jakub Chełstowski said: “Fifty days from now we will meet at the World Athletics Relays. It is a major event, the first global athletics meet since the start of the pandemic. It is an honour for our region to host an event of such prestige and international significance.

“Naturally, many challenges are also involved. Today, with one-and-a-half months remaining, we are working hard on the preparations. We are currently hosting a delegation from World Athletics. In May we will prove Silesia is capable of putting together great sporting events, even in these difficult times.

“Keep in mind that the Silesian Stadium will be hosting top athletes twice in May. Four weeks after the World Athletics Relays, the European Team Championships will be taking place here.”

The participants in the World Athletics Relays will be supported by another special team. Four animals, which can be visited by the Silesian locals in the Silesian Zoo, are the mascots of the event. The animal relay is composed of Maji the cheetah, Sprinter the ostrich, Julian the lemur and Lunani the giraffe. The World Athletics Relays Silesia21 team has been taking care of the four friendly creatures, representing various qualities needed to succeed in relay races.

BACK
Pages related to this articleAthletes
Joanna JOZWIK 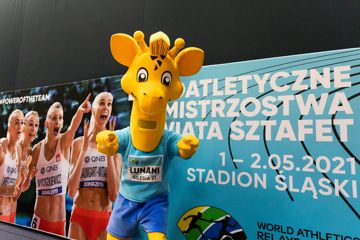 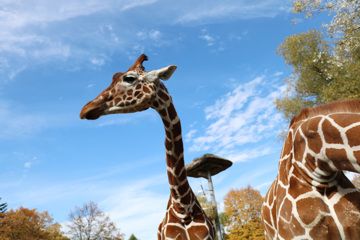 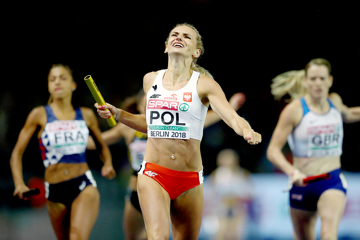