Stein the student on his Decathlon rivals and his strengths

BarcelonaAustralia's multievents exponent Jake Stein is not only a hugely talented teenager but he's also an astute student of his event, and he proved that at the main press conference ahead of the IAAF World Junior Championships on Monday (9).

The 2011 World Youth Championships Octathlon gold medallist starts his contest on Tuesday morning as one of the three men expected to contest the medals in the 10-event discipline, along with American junior champion Gunnar Nixon and the Dutch decathlete Pieter Braun.

There's no doubting that it could potentially be the greatest junior decathlon ever, if accidents or injury don't befall one of the main protagonists, as no Decathlon with junior implements has ever seen three men go over 7850 points

In his two Decathlons so far this year, Stein has improved the Oceania area junior record on both occasions; firstly to 7637 points and then to 7887 points; Nixon scored 7892 points with senior implements at the recent NCAA Championships before winning the US junior title with 7760 points just a week later.

Braun was little known before this year and has no major championships experience outside of his home country but made a huge improvement when he retained his Dutch junior title with a record 7953 points in May, to go fourth on the junior all-time list.

“I've been following what Gunnar's done. I saw last year that he'd done 7700 something as a junior and knew then that he was going to be a big rival this year. He moved up to college this year and put up some big scores,” analysed Stein.

“He's very good at running and jumping but at the end of the day. We've got 10 events and anything can happen, that's the great thing about the Decathlon.”

“Pieter, from the The Netherlands, he could be the perfect Decathlete. I would say he's not great at anything, just very good at everything, which makes for a great decathlete overall. I think it will be a great competition.

“I'll be honest, I don't know a lot about Pieter but I've found some footage of him on the internet. I don't know how he will do in a big competition but I think it will still be a great contest,” added Stein, knowing that he and Nixon are proven products despite their relative youth.

Stein has been in Europe for almost a month getting ready for the World Junior Championships.

At his final outing at the traditional junior meeting in the German city of Mannheim on June 23, he showed that all is going well when he posted personal bests in all three throws contested in the Decathlon.

His discus best of 56.08m with the 1.75kg implement is impressive enough for Australian selectors to have also selected him for this event but Stein had to pass up on this challenge as the qualifying rounds fall between the Decathlon High Jump and 400m on the first day.

Even Jake Stein, it seems, has his limits although he hopes to continually test and extend them.

“The only time I'll start thinking about stopping is when I win an Olympic gold medal in a few years’ time but at the moment I'm just looking to progress through the ranks, improving year-by year.

“Now I've moved up to the full Decathlon, it's a lot more fun because I've got my best event in, the Discus, although I'm going through a learning curve in the Pole Vault. I only started training for that event at the end of January, that's only five months and it's the event I've got the most room to improve in.”

Inevitably, Ashton Eaton's recent Decathlon World record of 9039 (* awaiting ratification) cropped up in conversation and he was posed the question about whether he could challenge it one day.

On a lighter side, anyone who remembered Stein triumphing at the World Youth Championships in the French city of Lille last year will also remember he was rarely far from an inflatable kangaroo decked out in Australian colours.

Enquiries had to be made about whether his lucky mascot had made the trip to the old continent once again. However, Stein had some sad news to tell.

“Someone put a hole in the original one a few days after Lille but my Mum has packed me two more for this trip,” smiled Stein, expecting to have enough puff left to bring his plastic friends to life at some point in the coming days. 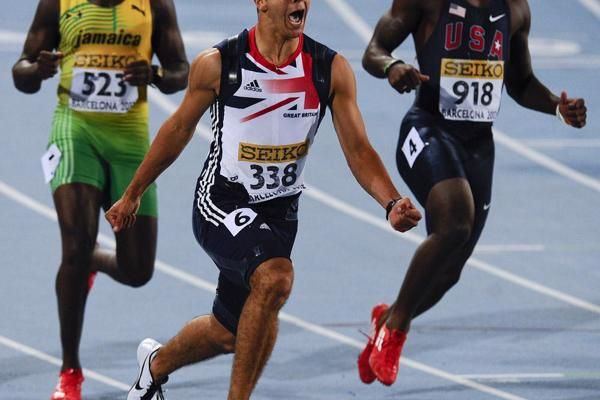 Barcelona 2012 – a dozen moments to delight

IAAF correspondent Phil Minshull spent the past six days at the 14th edition of the IAAF World Junior Championships and has picked a dozen moments that delighted him and the rest of the athletics fans in the Montjuic Olympic Stadium. 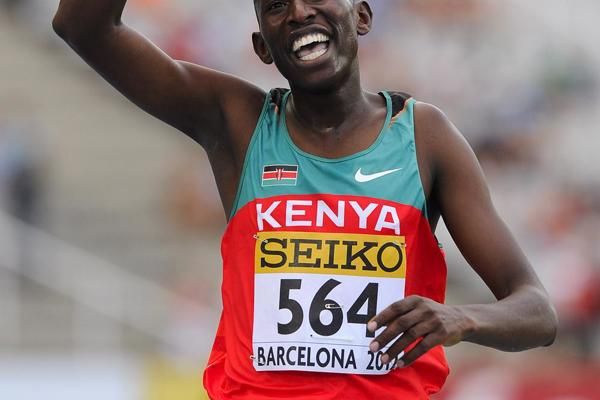 Kenya's Kipruto and Kipyegon urge and inspire each other onto success

The Kenyan pair of Conseslus Kipruto and Faith Kipyegon know each other well. 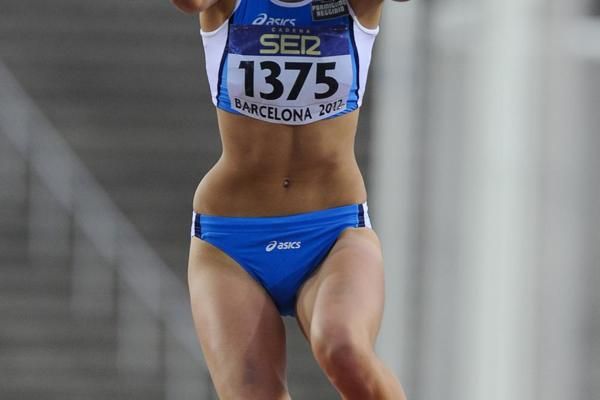 High jumper Alessia Trost made hard work of getting her expected gold medal with a competition littered with failures but eventually the tall, elegant Italian prevailed as the only women to go over 1.91m at the IAAF World Junior Championships on Sunday (15).