Over the past four days, the Pascual Guerrero Olympic Stadium has welcomed the world’s best teenage athletes for the World Athletics U20 Championships Cali 22, taking place from 1-6 August – and the penultimate day of the event is set to be a thriller.

On day five of the action-packed six-day programme, Friday will see a total of 12 finals plus two qualification rounds and two nail-biting semifinals.

Here are three things to follow on day five…

Colombia’s local star Natalia Linares will be feeling the weight of expectation to deliver the host nation’s first gold medal of the championships when the women’s long jump final opens the afternoon session.

The 19-year-old home hope set a national U20 record of 6.68m in July and is a much-improved competitor from the one who placed 12th at the World U20 Championships in Nairobi 12 months ago. She registered 6.31m in the qualification round and may need to get close to her top form to ensure the victory is hers.

Her fierce rivals will arrive in the form of Spain’s 18-year-old Evelyn Yankey and Marta Amouhin Amani of Italy.

The Spaniard jumped the farthest in the qualification round with 6.34m as the 17-year-old Italian leapt 6.32m, ensuring the final will have at least three evenly-matched competitors vying for the medals.

Others likely to impress include Great Britain’s Molly Palmer, 18, who registered a 6.31m lifetime best and Bulgaria’s 17-year-old Plamena Mitkova, who reached the final with 6.29m.

The scene is now set for a superb three-way battle between the best of Jamaica and the USA in a mouth-watering women’s 200m final.

US pair Mia Brahe-Pedersen and Jayla Jamison led the first round with 23.25 and 23.36 respectively, but Jamaica’s Brianna Lyston impressed in the semifinals, winning her heat in 22.83 to finish 0.12 ahead of Brahe-Pedersen.

Brahe-Pedersen – who placed seventh in the 100m earlier in the week – and US champion Jamison will be hoping to ensure USA has two athletes on the podium. But Lyston, with a superb 22.53 lifetime best this season, is aiming to upset their intentions with some silverware of her own.

Among the others lining up for the final are South Africa’s Viwe Jingqi, Jamaica’s Alana Reid and Greece’s Polyniki Emmanouilidou.

Habtom Samuel of Eritrea will be hoping to add to the 5000m bronze medal he earned on Monday when he lines up for the 3000m final. The 18-year-old, who placed third over 3000m in Nairobi last year, clocked a season’s best of 7:56.70 in the first round.

Kenya’s 17-year-old Kimonsong Kisalsak led the qualifiers with 7:55.60 and Ethiopia’s Diriba Girma – fifth in the 5000m on Monday – will also be ones to watch in the battle for gold.

Others expected to be in the medal mix are Rogers Kibet of Uganda and Kenya’s Felix Kiptarus Korir, plus Kibet’s compatriot Dan Kibet, who was eighth in this event 12 months ago.

Japan’s Keita Sato and 2021 world U20 1500m bronze medallist Melkeneh Azize of Ethiopia should also feature in the leading pack. 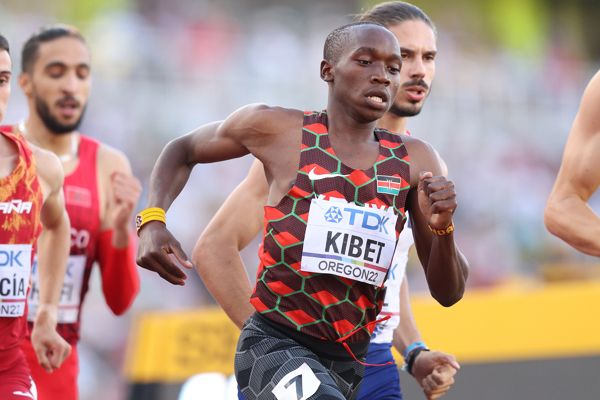