Three things to watch on day two in Cali: big battles to lead to more records?

Some of the world’s best teenage athletes have descended on the Pascual Guerrero Olympic Stadium for the World Athletics U20 Championships Cali 22, taking place from 1-6 August.

After an action-packed opening day, Tuesday (2) will see six finals take place along with the culmination of the decathlon competition and lots of qualification excitement.

Here are three things to watch out for on day two.

Glory and another swift record expected for Tebogo

Following his sensational 10.00 championship record, all eyes will be on Botswana’s Letsile Tebogo in the men’s 100m final and the crowds will be hoping for a sub-10-second clocking.

Following a spectacular 9.94 world U20 record in the heats of the World Athletics Championships Oregon22 a fortnight ago, the 19-year-old reigning world U20 100m winner and 200m silver medallist will have great expectation in both his semifinal and final during the afternoon session, but he will be thriving off the pressure.

His fiercest challenger will arrive in the form of Malaysia’s Muhd Azeem Fahmi, who smashed his 10.28 lifetime best with a 10.09 surprise clocking to qualify second quickest from the heats, as the 18-year-old broke the national record in the process.

The scene is set for an intriguing battle in the women’s shot put as last year’s gold and silver medallists clash again and Malika Nasreddinova looks to make an impact following her personal best performance in qualification.

De Klerk achieved the automatic mark for the final in the first round of qualification on Monday (1), throwing 16.11m, while Akyol managed 15.77m from two attempts. But it was Nasreddinova who surprised with a 16.13m lifetime best to head the qualifiers. The 18-year-old from Uzbekistan improved her 15.55m PB from May to assert her medal intentions.

Another expected to battle for the medals is Treneese Hamilton of Commonwealth of Dominica, the 19-year-old throwing a 15.89m national U20 record in qualification.

There was no USA team when the inaugural mixed 4x400m was contested at the World Athletics U20 Championships in Nairobi last year, but the quartet made their mark in the qualification round in Cali. On Monday, Charlie Bartholomew, Madison Whyte, Will Summer and Kaylyn Brown combined to set a championship record of 3:18.65 to ease into Tuesday's final.

But Jamaica were not far behind, running 3:19.74, and the team will be keen to make up for finishing outside of the medals in Nairobi.

Defending champions Nigeria didn’t field a team this time but medallists Poland and India did, with India setting an Asian U20 record in winning their heat in Cali in 3:19.62.

In a clash for the podium, they will be joined by teams from Botswana, Germany, Great Britain and Czech Republic. 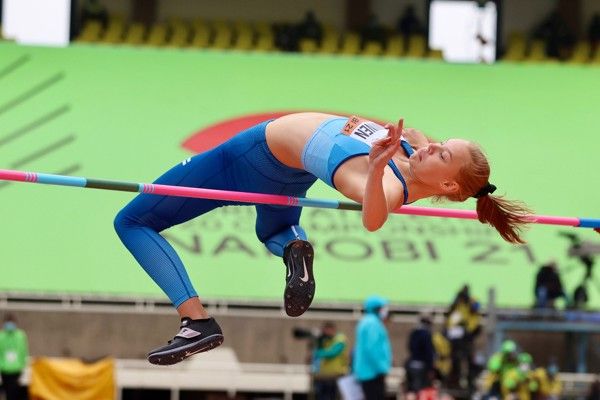