Great Britain’s Morgan Lake continues to lead the heptathlon at the end of the first day, closing out the opening four events with a total of 3821 points.

Lake topped the lists in the high jump, in which she jumped a British junior record of 1.94m for the best ever mark by a junior heptathlete, and shot put to establish her lead.

Her closest pursuer is the Netherlands’ Nadine Visser, whose first-day total stands at 3652 points.

Visser won the 100m hurdles first thing in the morning and was second in the 200m to end the afternoon. Cuba’s defending champion Yorgelis Rodriguez, a little below-par, was third with 3561 points.

Germany's world youth champion Celina Leffler ran a personal best of 23.90 in the 200m to record the best time in the heptathlon’s fourth event.

The time earned Leffler 990 points and vaulted her into fourth place overall with 3456 points.

Rodriguez will look to the long jump and javelin on Wednesday to close the gap on Lake, but with 160 points to make up she will have a lot of work to do.

Lake will be looking to the long jump as well, which caused her problems at last year’s World Youth Championships, hoping for a good mark to hold off Visser.

Visser herself is the next best 800m runner after Rodriguez, and all three medals are very likely to remain in play through to the seventh and final event at the end of the second day. 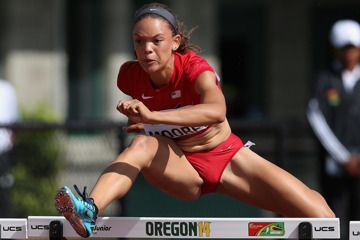 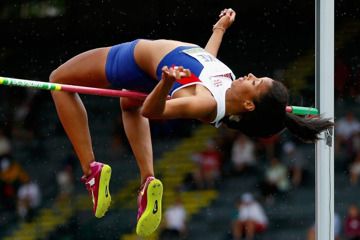 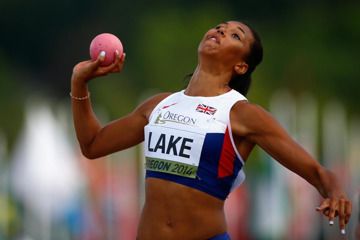