Like every other boy in his neighbourhood, Neeraj Chopra’s first love was volley ball.

At 1.81m (5ft 11in), the young school student was taller than most other boys of his age, so he was often one of the first to be picked to play. It soon became his favourite after-school pastime.

But in February 2011, local javelin thrower Jaiveer Singh watched Chopra during a volley ball session and immediately recognised his ability and agility. Singh advised the 13-year-old to take up javelin throwing and Chopra took him up on the suggestion. Singh then began to coach Chopra and his protege quickly adapted.

With about 400 impoverished families, Khandra village in India’s Haryana state never imagined they would one day have an international athletics medallist in their midst. But then Chopra came along.

Chopra’s first significant taste of victory came at the 2012 National Junior Championships in Lucknow, where he won the under-16 competition with a national age-group record of 68.46m.

A second-place finish at the 2013 National Youth Championships earned him a place on the team for that year’s IAAF World Youth Championships in Donetsk, Ukraine, the news of which spread throughout his village. But, somewhat overawed by the big occasion and the advanced techniques used by his competitors, the 15-year-old finished 19th in the qualifying round.

His time as an U18 athlete ended on a high, though. In 2014 he won another national age-group title, breaking the Indian youth record in the process with 76.50m.

In 2015 Chopra moved up an age group and javelin weight, but his transition from the 700g implement to the senior one was seamless. To assist with his progression, Singh advised Chopra to skip U20 competitions in 2015 and instead focus on senior contests.

At the National Games, his first competition against senior competition in 2015, Chopra finished fifth with a PB of 73.45m while Rajender Singh Dalvir won with an Indian record of 82.23m.

But Dalvir faltered in their next encounter, throwing just 71.67m to Chopra’s 73.96m PB. Having earned a spot on the team for the Asian Championships in Wuhan, Chopra – by far the youngest in the field – went on to finish a respectable ninth in the Chinese city against experienced opposition.

One month later, Chopra made a breakthrough with a 77.33m victory at the Inter-State Championships in Chennai, moving him to fourth place on the 2015 world U20 lists at that time.

He followed it with a 76.91m win at the National Junior Championships in August and a 77.67m PB to win the national senior title in September, but on both occasions he fell short of his goal of breaking Rajesh Kumar Bind’s national junior record of 80.14m set three years ago.

Determined to not carry any regrets into the New Year, Chopra unleashed a throw of 81.04m on 31 December at the All-India Inter-University Championships in Patiala. Not only did it break the national junior record, it was also a world-U20-leading mark for 2015.

In the final the next day, 1 January, he backed up his qualifying mark with a winning throw of 79.95m and so started 2016 as he had left off: as the top U20 thrower in the world.

Six weeks later, Chopra travelled more than 2100km to the north eastern city of Guwahati to compete at the South Asian Games under the watchful eyes of Indian deputy chief coach Radhakrishnan Nair.

The cool climate in Guwahati threatened to hinder the athletics at the multi-sport event. And although Chopra had made a recent big improvement, so too had Sri Lanka’s Sumedha Jagath Ranasinghe, who had set a national record of 83.04m just two months prior.

But in the opening round Chopra sent his spear out to 82.23m, a mark which remained the best throw of the competition. Ranasinghe responded with a fifth-round throw of 80.25m, but it was still almost two metres adrift of the 18-year-old.

Chopra didn’t just break the Games record; he also tied the Indian senior record and erased the Asian U20 record that had stood to Uzbekistan’s Sergey Voynov for 19 years, moving the eighth on the world U20 all-time list.

Chopra, a first-year student at DAV College in Chandigarh, was just 77 centimetres shy of the Olympic qualification standard with his winning throw in Guwahati.

While a place on India’s team for Rio would be a huge achievement, Chopra’s main aim for now is to make it on to the podium at the IAAF World U20 Championships Bydgoszcz 2016 and challenge the world U20 record of 84.69m, set in 2011 by Latvia’s Zigismunds Sirmais.

“I have to skip college most of the time as I train twice a day and commuting between college and my training base at Patiala takes about two to three hours,” said Chopra.

“My mother is a homemaker and my father is a farmer,” he added of his family background. “My two younger sisters don’t show any interest in sports.”

To date, India has earned just two medals at the IAAF World U20 Championships. Both of them were bronze and both came in the women’s discus, courtesy of Seema Antil in 2002 and Navjeet Kaur Dhillon in 2014.

With Chopra going from strength to strength, another medal in a throwing event could soon be coming India’s way.

Ram Murali Krishnan for the IAAF 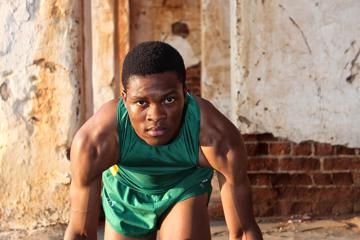 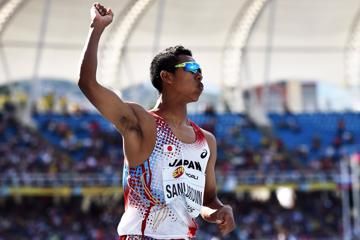