With adrenalin on a high, Boldon awaiting brilliance in Bydgoszcz

For Ato Boldon, nothing is as nerve-wracking as not being on the track.

The Trinidadian sprinting great may have retired from the sport more than a decade ago, but even today, the rush of adrenalin and anxiety that comes from coaching the next generation surpasses anything he felt in his competitive days.

“It’s the worst,” says Boldon, who coaches Trinidad and Tobago’s Khalifa St Fort, one of the leading contenders for the women’s 100m title at this week’s IAAF World U20 Championships Bydgoszcz 2016.

“I’ve been in four Olympic finals, I do live TV to a billion people for a living, and none of that stresses me. The minute Khalifa has to run, my stomach is upset, I can’t sleep, I’m nervous, I’m anxious. It’s taken me to a place I’m most uncomfortable with.”

Boldon is one of the IAAF Ambassadors who has travelled to the Polish city this week for the biennial gathering of the world’s best teenage athletes. At the pre-event press conference on Monday, he admitted that there’s one race he's looking forward to above all.

“I’m inherently biased but the women’s 100m is going to be great,” he said.

The event will pit world U18 champion Candace Hill of the United States against Poland’s Ewa Swoboda, the world U20 indoor 60m record holder. However, it will be no surprise to Boldon if his protegee upsets the odds and takes the title on Thursday night.

“Khalifa has been improving and is ready to run very, very well,” he said. “I know she’s capable of winning. She’s such a gamer and every time she’s in a big meet she comes through.”

As coaches go, few are better placed to guide St Fort through the maze from U20 level to senior ranks. After all, 24 years ago he was the same age as her, 18, standing on the start line in Seoul for the 1992 edition of this championships.

Boldon had just come off a disappointing Olympic debut, exiting in the heats in both the 100m and 200m at the Barcelona Games, so the World Juniors provided the perfect platform to re-establish his star credentials.

“I got beaten pretty badly at the Olympics and people back home were like: ‘is this guy any good?’” recalls Boldon. “It was redemption for me.”

Boldon claimed gold in both the 100m and 200m in Seoul, running 10.30 and 20.63, performances that catapulted his name into the spotlight as a future star of sprinting. By now he knows, better than most, how long a road must be travelled in order to emulate that success as a senior. It took Boldon until 1997 to achieve it, when he took gold over 200m at the IAAF World Championships in Athens.

“Many people get lost in between,” he says. “I was aware even at the time that it didn’t necessarily mean I would be successful [at senior level]. You have to start from the bottom rung again, but winning motivated me and signalled that I had the ability.”

Boldon is quick to note, however, that there is still hope for those who don’t come away from Bydgoszcz with a medal.

“There are some who come here and don’t win, and that also sparks them out be great,” he says. “Everybody starts to lose at a certain level and that’s the point: they’ll figure out here if they’re good enough, whether they need to work harder or whether they have maxed out their ability. They’ll realise that this is the best in the world they're against and ask: do I have what it takes to be successful?”

Boldon has been in Bydgoszcz for the past number of days and is expecting a strong showing from the hosts, both on and off the track, when action begins on Tuesday morning.

“The fact they have two or three legitimate gold medal shots will help,” he says. “I would really like to see the fans come out because athletes perform better when they have a bigger audience.”

And what advice would Boldon give to the 1512 athletes who are set to take to the stage this week?

“Enjoy it,” he says. “It’s important to make lasting friendships because the competition will come and go and you’ll go back and forth your entire career. I enjoyed my World Juniors. Now that I’m the old guy on the other side of the fence, you realise the friends you make here will still be friends when you can’t compete any more.”

BACK
Pages related to this articleAthletes
Ato Boldon 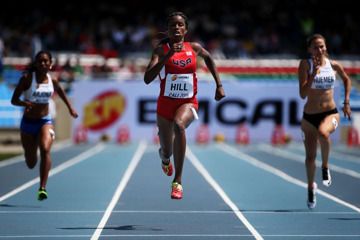 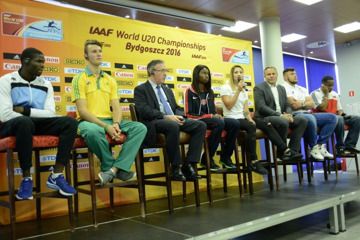