With a background in ballet and music, Zhoya is ready to put on his own show

Sasha Zhoya is different. Watch the 19-year-old racing his peers in France or Australia, the way he explodes from the blocks, blazes down the track, clearing barriers at frightening speed, and that becomes obvious very quickly.

Listen to his life story – the background in ballet, his musician parents, the blend of nationalities on three different continents that form a rich and complex identity – and it’s also clear.

Zhoya is different, but in a good way.

He’s the fastest U18 athlete in history at 110m hurdles (12.87), the highest U18 pole vaulter in history (5.56m) and, for good measure, he shares the world U18 60m hurdles world record with Ladji Doucoure, one of his coaches. He’s the world U20 record-holder at 60m hurdles (7.34) and at this week’s World Athletics U20 Championships Nairobi 2021, he’s one of the undoubted headline acts.

Zhoya is so good, so fast, that in recent years he’s been at the centre of a transcontinental tug-of-war for his talents, his decision to represent France over Australia – where he grew up – coming down to a fundamental question he asked himself about his identity.

“My dad is from Zimbabwe, my mum is from France and being raised by a French mother, a lot of the things I was taught when I was younger were French culture,” he says. “Always seeing my grandparents in France and spending time with my French family made me feel like I am very, very French as well as Australian and Zimbabwean. Because my mother is so close to me, there was a part of me that is a little bit more French so it made my decision a little bit easier.”

It’s never good to get carried away with the potential for teenage athletes, but with three years to go until the Paris Olympics, what’s certain is there are few more exciting talents in French athletics, in French sport, than Zhoya. If he continues on this trajectory there’s every chance he could light up those Games.

With the book now closed on the Tokyo Olympics, this is a good time to get to know his story.

Zhoya’s journey into athletics all started with his older sister, Munashe. Growing up in Subiaco, a suburb of Perth in Australia, he followed her into athletics when he was eight or nine years old and while his sister soon drifted away from the sport, he never left.

“Everything I have right now, all my success is because of her,” he says. 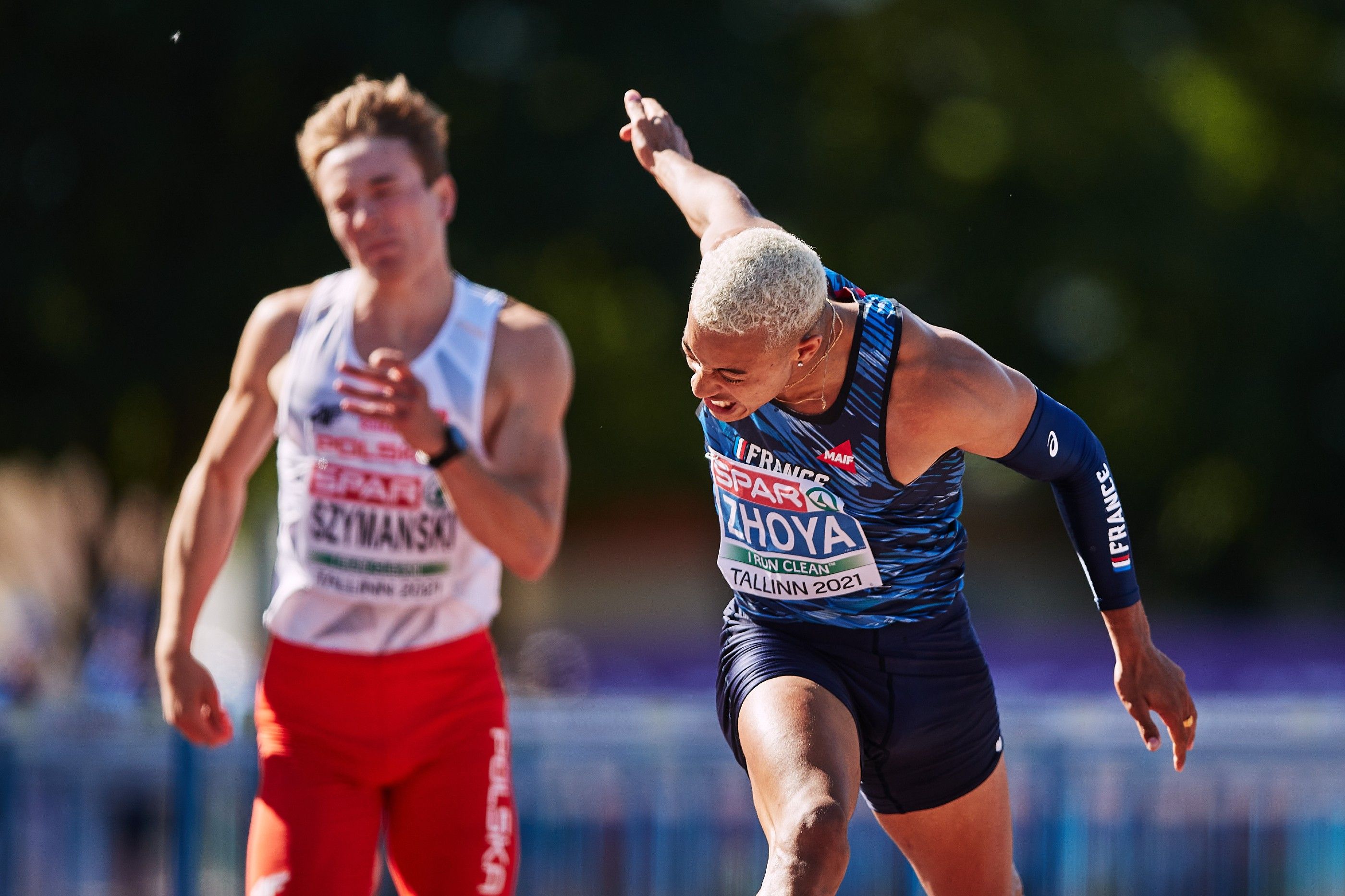 He did a variety of sports growing up – football, basketball, horse riding, ice skating, ice hockey, swimming – but his greatest potential was in athletics. His mother coached him in the early years but his parents had little background in the sport – both were musicians who specialised in African and Zimbabwean music.

“Music is a huge part of my life,” says Sasha. “I grew up always going to gigs when my parents were playing.”

He was a good athlete in his childhood, but not dominant by any means. Again and again, he’d finish second behind the same athlete in state championships.

“I think that’s where I got my drive and hunger to be a champion,” he says. “I was always coming second and it’s a great place, but having it for a long part of my life, the want to come in first always stays with me now.”

As he matured through his teens, second place would soon become a distant memory. At the age of 14 Zhoya was already clearing 4.92m in the pole vault, and at 15 he clocked an astonishing 13.24 for the 91.4cm 110m hurdles.

In recent years his life and career has been split between France and Australia, Zhoya typically spending about six months of the year in each country. In Australia, he’s coached by Lindsay Bunn and Jason Moyle. In France, he’s coached by Ladji Doucoure and Dimitri Demoniere – all four collaborating through phone calls, emails and shared video analysis to steer him towards the top.

He is currently based at INSEP, the National Institute of Sport, Expertise and Performance which is on the outskirts of Paris. Up until last year he’d been studying a diploma in contemporary dance and ballet, but the amount of time he spent away due to athletics forced him to shelve that for the time being given the difficulty of completing all his assessments remotely.

In an event as technical as the hurdles, that background in dance has stood to him.

“It’s training that isn’t very usual but something that could be worked on for other athletes," he says. "It works on agility, flexibility which helps a lot with hurdles. A lot of my success comes from dancing. I love the arts – anything on stage.”

Of course, Zhoya’s gifts illuminate one stage more than any other: the sprint hurdles, where he has long been an athlete whose dazzling displays have left fans astonished.

That was never as true as at last year’s French U20 Indoor Championships where he didn’t just break the world U20 record of 7.40, he demolished it, clocking 7.34 to drum up a rousing reception among the home crowd.

In 2021 he continued his ascent, clocking 13.02 at the French U20 Championships and 12.98 in his semifinal at the European U20 Championships, below the world record of 12.99 but ineligible due to the 2.4m/s tailwind. The ironic thing about that was Zhoya finds a tailwind hinders him far more than it helps.

“If there’s too much wind I come too close to my last three or four hurdles,” he says. “I hit the last few (in that race) and thought the time wasn’t going to be great.”

In the final he was again dominant, clocking 13.05 to take gold at his first major international age-group championships. 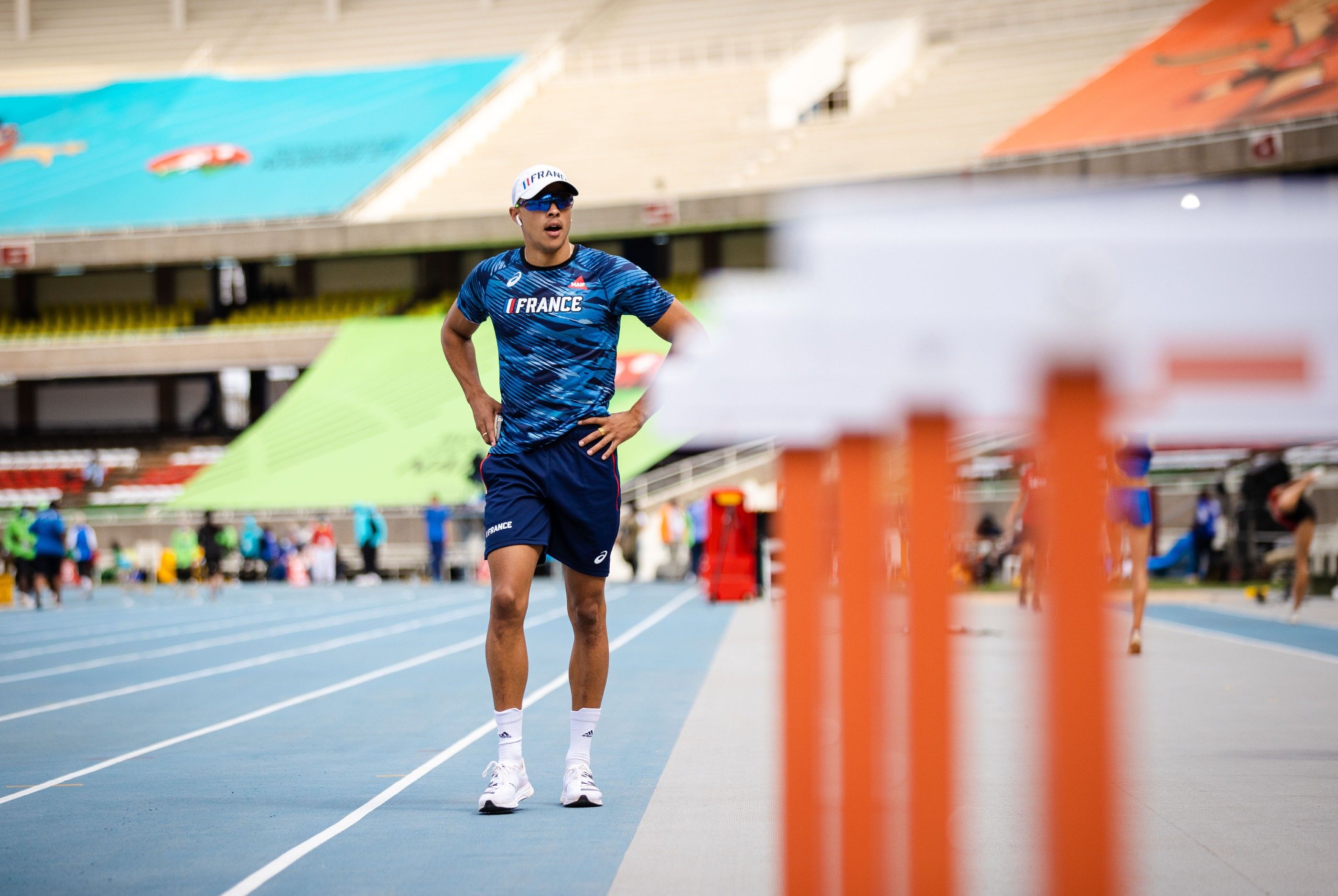 Europe was conquered; next up was the world. In Nairobi this week Zhoya is by far the fastest on paper in the men’s 110m hurdles field. As a global citizen whose father currently works in South Africa, competing for that title in an African country feels like he’s doing it at a home away from home.

“Coming back gives me a great feeling, a different vibe to Europe or Australia,” he says. “I do find Africa is home soil for me as well.”

At the beginning of the year, Zhoya had toyed with the idea of making the Tokyo Olympics in the 4x100m with France but subsequent injury issues put that plan on ice. Instead he watched the Games from home, aware that his debut on that stage could wait until 2024.

“Everyone wishes for a home Games and being a French athlete, competing on home soil with the French crowd, it’s something a lot of athletes won’t get to experience so I’m absolutely looking forward to that,” he says. “It’s been in the back of my mind for a while now, since it got announced. But before that I have to qualify myself and go through all the steps and not skip any – to take my time.”

The first of those comes this week in Nairobi, where Zhoya will compete over the U20 hurdles heights of 99.1cm for what’s likely his last time.

“As soon as I finish this competition I’m going straight back to France and training on 106 (centimetre barriers),” he says. “It’s a change and it’s a barrier to get over, but I feel it could be a smooth transition.”

As one of the world’s most-promising teenage athletes, he knows he’ll carry a certain expectation to the start line this week. Zhoya is quite alright with that.

“Hurdles is an event where even if you are the favourite you’re not the favourite until you finish because you have to pass the 10 barriers and anything could happen,” he says. “There always is pressure but I get a boost from pressure. Knowing there’s people relying on me makes me train more, gives me more motivation.”

And with a world U20 title on the line, and less than three years until those Paris Games, Zhoya has all the motivation he needs right now. Just watch him fly. 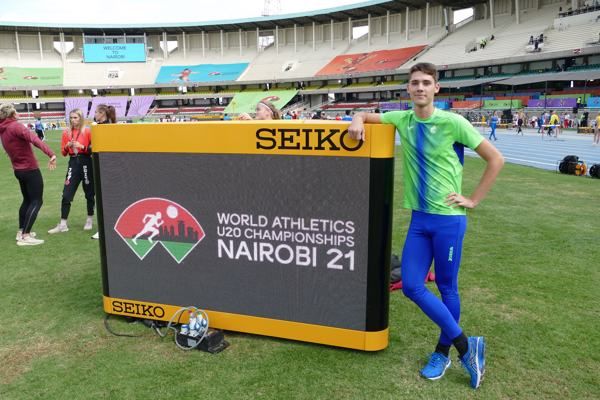 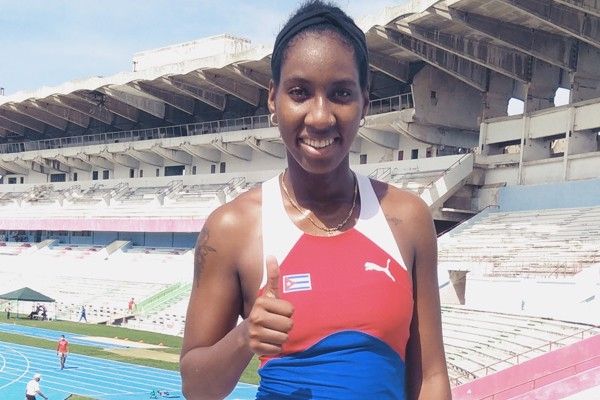 Ballar aims to emulate coach in Nairobi and s... 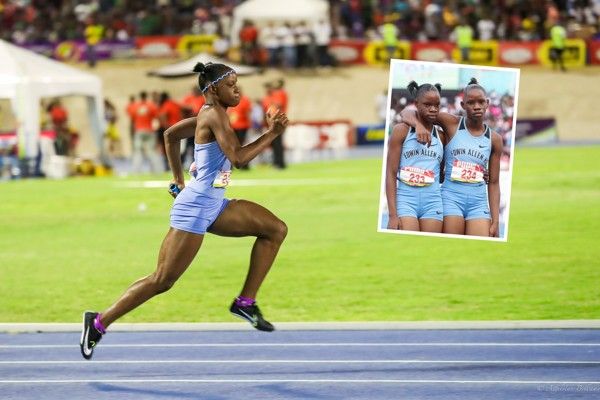