A Kenyan middle distance blitz in the final session on Sunday (22), sparked by Emmanuel Wanyonyi’s superb championship record in the men’s 800m, ensured that the host nation topped the medal tally at the World Athletics U20 Championships in Nairobi.

If it was not already obvious to the world’s best U20 athletes that they were walking into the lion’s den in Nairobi, a trio of outstanding young Kenyan talents made it plain.

Wanyonyi, a 17-year-old talent guided by former world 800m champion Janeth Jepkosgei in the running mecca of Eldoret, executed his race to perfection to become the world U20 champion, crossing the finish line in 1:43.76, the eighth fastest time in the world this year in open competition.

That is 0.03 faster than Nijel Amos’ 2012 championship record, the year that Amos went on to become the Olympic silver medallist behind David Rudisha at the London Olympic Games.

That’s the rare air that Wanyonyi now occupies and he is young enough to defend his title at the next edition of the World U20 Championships in Cali, Colombia next year.

Yet his ambitions are bigger still.

“Running a time of 1:43.76 at high altitude and setting a championship record has just confirmed that indeed I am good in this race," he said. “I will keep pushing to see how much I can lower my new personal best. Who knows, maybe I can one day bring down Rudisha's world record.”

His teammate Noah Kibet made the running in the first lap, taking the bell in 49.39, closely followed by Wanyonyi and Algeria’s Mohamed Ali Gouaned. He continued to put on the pressure over the next 200m but his rivals were able to absorb it and respond.

Gouaned charged to the lead at the 200m mark, but Wanyonyi bided his time waiting for the straight to unleash an irresistible kick.

Next on the track was 18-year-old Purity Chepkirui, coached by Bram Som, the former coach of Olympic and world 1500m champion Faith Kipyegon. 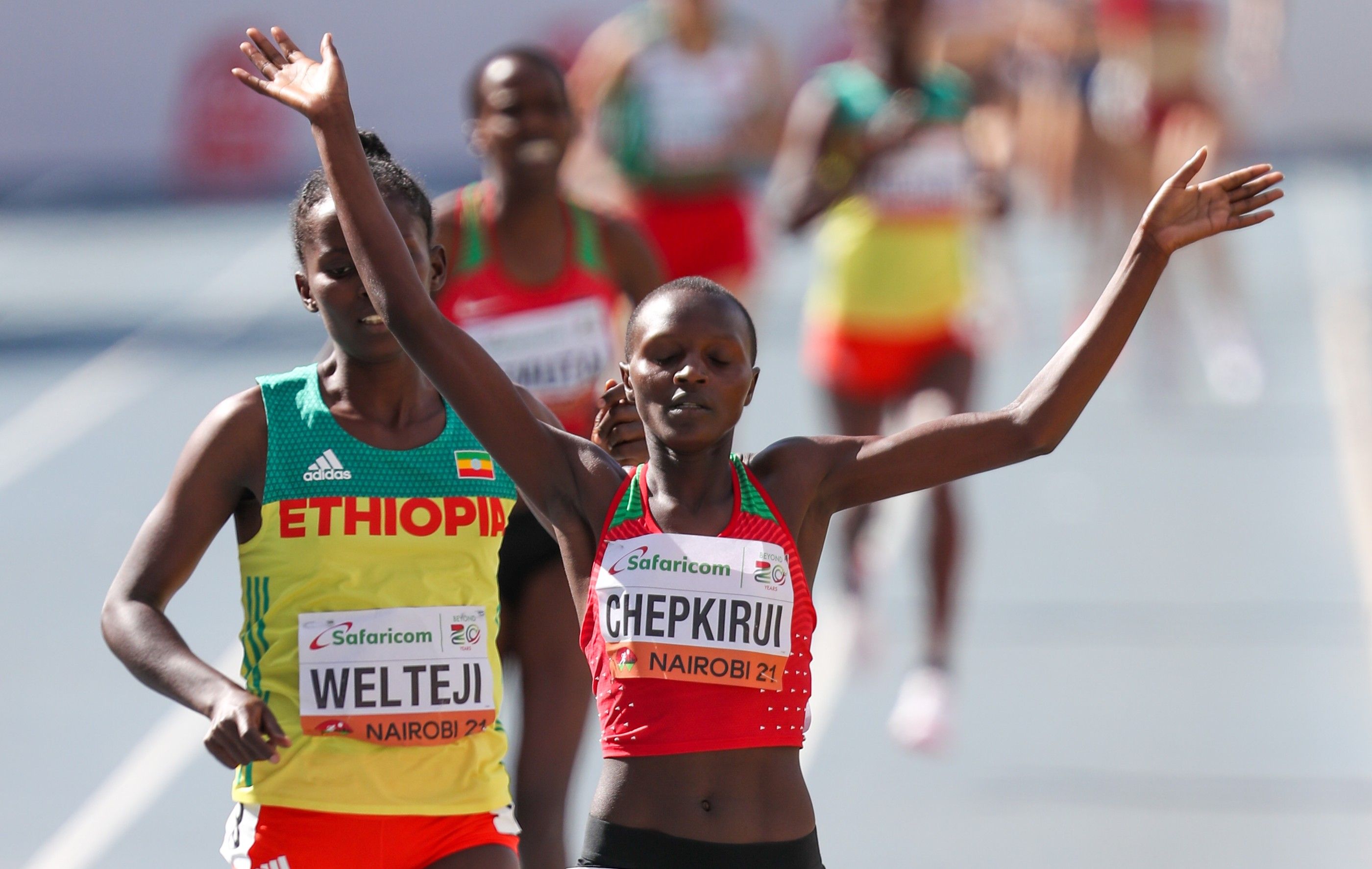 She has also inherited Kipyegon’s front-running style, taking the lead with two laps to go and fighting off her closest challenger, Ethiopia’s Diribe Welteji, to secure her first world title in 4:16.07.

Welteji, world U20 champion over 800m in Tampere three years ago, clocked 4:16.39 for the silver, with Winnie Jemutai claiming a second medal for the Kenyan team in 4:18.99.

Chepkirui said she was determined to triumph in her home stadium.

“Just the mere fact that I am wearing a Kenyan jersey gave me the motivation to bring glory to our country," she said. “I knew my Ethiopian rival will bring a fight to the race and I had made up my mind that I had to produce my best performance. The motivation from the home fans also helped me not to give in when Diribe of Ethiopia, with 200m to go, increased her speed and almost overtook me.”

Two successive victories by his Kenyan teammates gave Amos Serem all the motivation he needed to make it a triple in the 3000m steeplechase, clinching Kenya’s eighth gold medal of the championships. 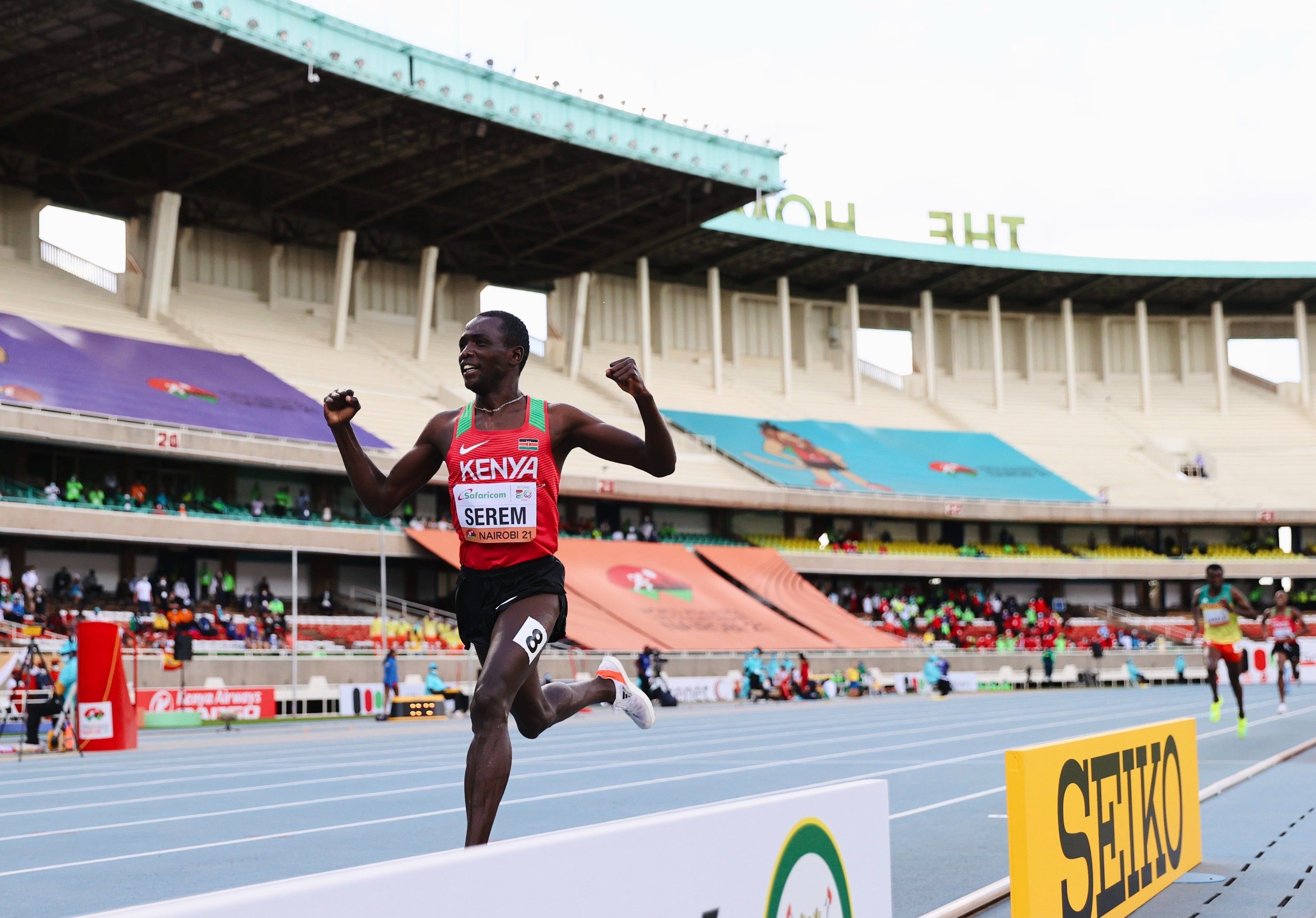 After watching Morocco’s Soufiane El Bakkali snap Kenya’s winning streak in this event at the Tokyo Olympic Games, Serem said he was determined to restore Kenyan pride in this event.

“I picked steeplechase because it is the race of Kenyans," he said.

“I was only going to rest after I earned the world champion title. I am a huge fan of Ezekiel Kemboi (the dual Olympic and four-time world champion in the steeplechase). If you are keen you will notice that my running style is very similar to his. I am grateful that my coach Patrick Sang believed in me and moving forward, I can only hope that I will help my country reclaim the Olympic title.”

He certainly has some weapons at his disposal, revealing a blinding turn of pace over the last lap of this race. At the bell, there were still three men in contention – Serem, his teammate Simon Koech and Tokyo Olympian Tadese Takele of Ethiopia – but not for long.

Like the charismatic Kemboi, Serem is an unusually demonstrative Kenyan athlete. Such was his speed over the final lap that he had time to launch into celebration in the last metres before the finish line.

After successive silver medals, Ethiopia struck back in the women’s 5000m, claiming a gold and silver double that was not without drama. 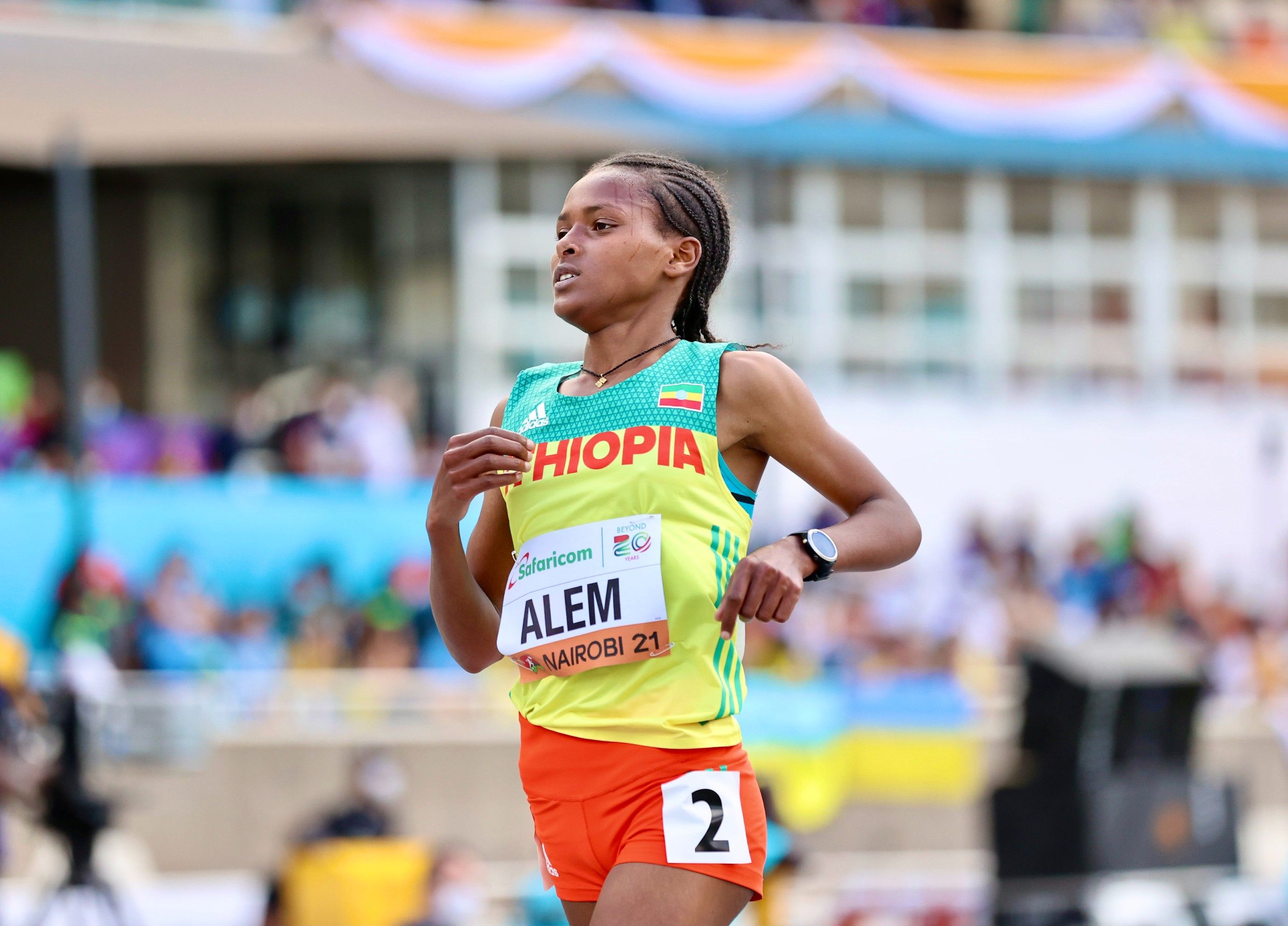 Second-placed Melknat Wudu (16:13.16) and third-placed Prisca Chesang of Uganda (16:21.78) were initially disqualified for stepping inside the kerb on the bend but the decision was reversed on appeal.

Mizan Alem reigned supreme amid all the confusion, winning comfortably in 16:05.61.

This was Wudu’s second medal of the week after she won the bronze medal over 3000m. 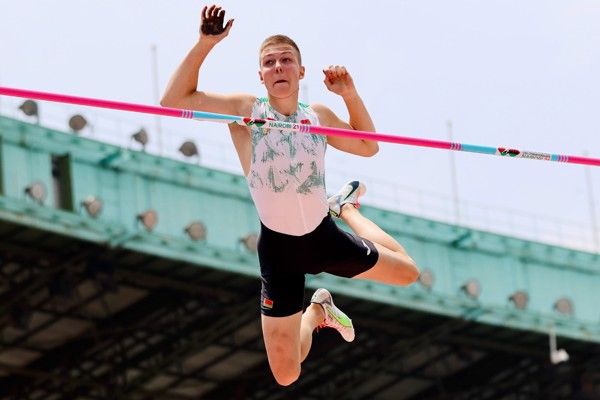 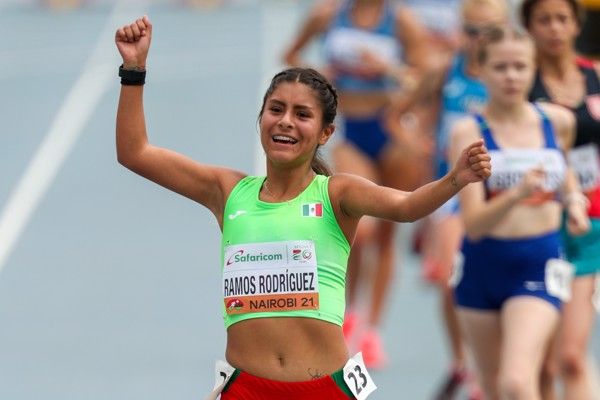