For the president of the South American Athletics Confederation, the U20 World Cup in Cali had a very positive balance

For the president of the South American Athletics Confederation, the U20 World Cup in Cali had a very positive balance (© Marabunta Agency)

"The balance of the World Athletics Championships U20 Cali 2022 is very positive, we had world and national records, South America obtained 5 medals and both the public and the different delegations enjoyed this sports festival and left a World Cup for history", assured Helio Gesta de Melo, president of the South American Athletics Confederation.

The 49-year-old brazilian leader stated that the World Athletics Championships U20 in Cali has been one of the best in this category and that it will be an excellent starting point for the next championship, which will take place in Lima, Peru in 2024. 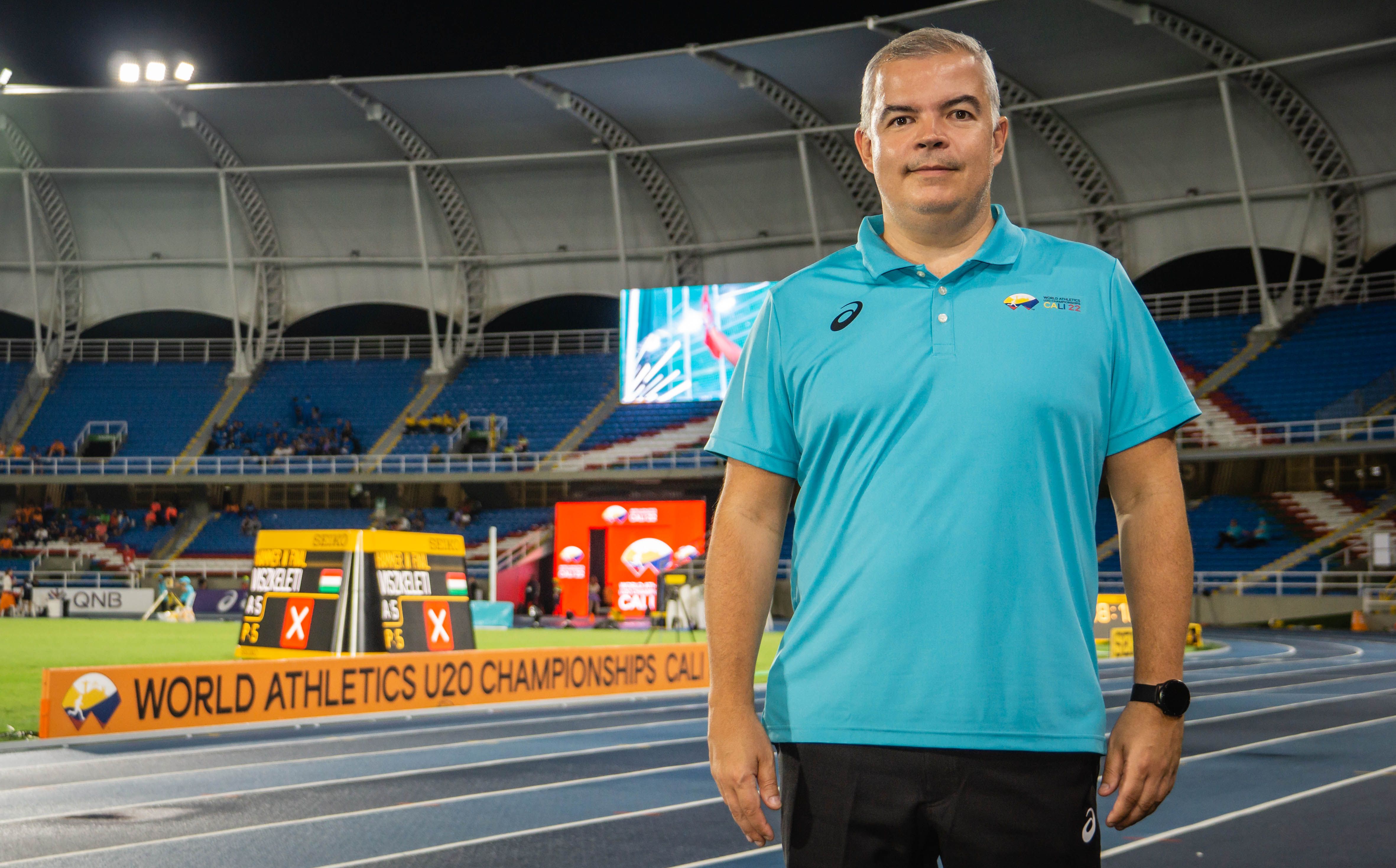 Helio Gesta, born in Manaus, Brazil, highlighted that all the previous effort was reflected in the development of the World Cup, since the designation of Cali as the venue for this championship coincided with the start of the health emergency derived from COVID-19, in 2020, which caused a delay in all plans for the organization of the event.

“We started in 2019 and Colombia was a candidate to organize this competition, together with World Athletics we chose Cali as the venue for the World Cup. Then the pandemic began and it was not easy to carry out the organizational tasks in the midst of a situation as complicated as that, because not only did it delay many administrative procedures, but it also affected the preparation of the athletes for this event, but in the end I think which turned out to be an excellent world championship”, indicated Gesta.

According to the Brazilian leader, Cali was chosen for being "the capital of track and field in Colombia", since it had already organized a World Cup U18 in 2015, so it had the infrastructure, experience and a large stadium to develop this World Cup.

However, the president from the South American Athletics Confederation of track and field  that “In South America we have difficulties with finances, this is a very expensive event, only World Athletics invested between 6 and 7 million dollars, fortunately Colombia delivered everything that was promised. It was an incredible job by the Local Organizing Committee and the Colombian Athletics Federation”.

And he added: "We are very happy with the results we obtained after the hard work of preparation, there were 5 medals for South America (3 Colombia, 1 Brazil and 1 Uruguay), world and national records and very important records for the athletes."

Helio Gesta also made reference to the legacy left by the World Championships in track and field in Cali, and that will be reflected over time, since the countries have seen the potential that exists in this new generation of athletes, so resources and sponsors that allow improving the level of athletics in South America and can be on a par with the great powers of this sport.

“It is very important to highlight the participation we had in this World Cup almost 150 countries, more than 1,500 athletes, including the best athletes from the United States, Jamaica, and other delegations that are great powers in athletics. The competition had a high level and that is the most important thing in an event of this type. The next one will be in Lima, which means that we will continue in South America, something very positive for the development of this sport in our continent”, said the Brazilian leader.

Regarding the organization of the event, Gesta affirmed that “Colombia knows how to receive visitors very well, it is also a very good tourist destination. The organization was very good. As for the public, I can only say: thank you. They were incredible with all the athletes and visitors from other parts of the world who came to Cali to enjoy this World Cup.”

Finally, the president of the South American Athletics Confederation said goodbye to the 'Sultana del Valle', assuring that "the people in Cali are incredible. On the final day, more than 20 thousand people supported the athletes, that is something very important and sets the bar very high for what is to come. South America can host major athletics events. We hope to bring many more”.