The announcement was delivered at a press conference on the eve of this year’s edition of the competition. The World Athletics Continental Tour Bronze meet is hosted at Swangard Stadium, Burnaby, British Columbia, which is where the plaque will be permanently displayed.

“From its foundation in 1964 as the Achilles meet, to its renaming 20 years later in honour of the 100m world record breaker, the late Harry Jerome, the Classic has been Canada’s premier international track and field invitational.” 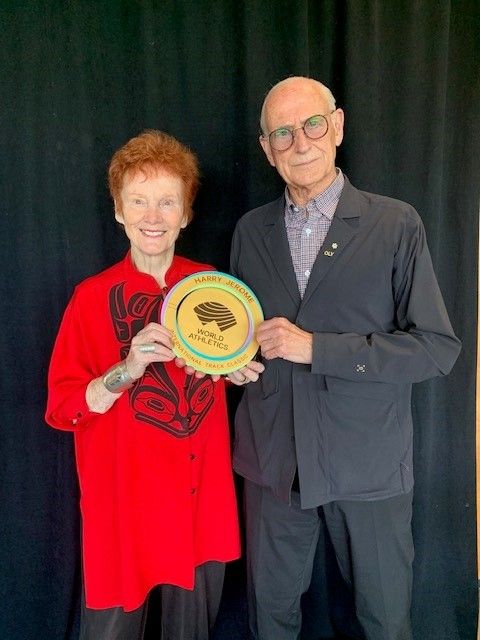 “Instrumental to the competition’s enduring success have been the Olympians Dr Doug and Diane Clement (pictured, right) who founded the Achilles International Track Society, which since the start has organised the event which has made such a large contribution to the history of athletics in Canada,” concluded Coe.

The inaugural Achilles meet (now called the Harry Jerome International Track Classic) was held at Vancouver’s Empire Stadium, the site of the 1954 British Empire Games and Miracle Mile, as a preview to the 1964 Tokyo Olympic Games.

1984 marked the renaming of the meeting in honour of North Vancouver’s late multiple world record breaker Harry Jerome, who was the 100m bronze medallist at those Tokyo Olympics.

The Achilles society has hosted ‘The Jerome’ at Swangard Stadium in Burnaby, BC, since 1983.