“Hi everyone. I’m pleased to write in my latest IAAF diary that last Tuesday (17 December) I completed my first throws sessions since undergoing knee and ankle surgery three months ago.

“The last time I had picked up a shot was back at the Berlin meet back in September, yet in that first session I achieved a distance with a standing throw that would have been in excess of the qualification standard needed for the Commonwealth Games, which was very satisfying.

“My time away from the shot put has given me a new lease of life and I feel hungry to throw again. Sometimes when I’m throwing all the time I can take it for granted, yet after a lengthy break I feel reinvigorated.

“I actually completed two throws sessions this week and my body responded well. In fact, I'm probably four weeks ahead of where I should be post-surgery, which puts me in a good place.

“I'm now back in full training again and we are gradually progressing up to the heavier weights. I've also done a lot of cardio on the bike and the treadmill, which can cause a few odd glances from fellow gym goers who perhaps wouldn't view me as a runner. I do a lot of interval training for 30 minutes on the treadmill. I just put my headphones on and become immersed in my own little world. I love it.

“One of the hardest elements to the past few months has been to stay patient, but I think the experience of surgery has helped me achieve that. Like most athletes, I am naturally very impatient but I feel I’m getting better while accepting it is something I still need to master.

“Lots of people have inquired about whether I'll be in Sopot for the IAAF World Indoor Championships. The truth is I'd love to be in Poland. I’ve never missed a season in 14 years and I'm currently well on track.

“However, if I'm going to be defending my title, I need to know I’ll be firing on all four cylinders and not two so I'll probably make a definitive decision on whether I will compete in Sopot in late January or early February.

“I've also enjoyed the past couple of months because it’s the awards season. I’ve been lucky enough to win a few as well, including the NZ Pacific Island awards and the Lonsdale Cup, which is presented by the New Zealand Olympic Committee. I’m always honoured and humbled to win any award and, for me, they are the icing on the cake.

“It is also nice to get dressed up for the ceremonies and it makes a nice change from wearing a track suit, tights and shorts or my regular training gear.

“I got a special elegantly designed black dress by Turet Knuefermann, a New Zealand fashion designer, to wear for the IAAF Gala event in Monaco. The event was a great experience and I also look forward to attending the Halberg Awards in the New Year – which are the big New Zealand sports awards.

“I can't let my latest diary pass by without writing that a few weeks ago I had my first basketball game in 14 years! I come from a passionate basketball family (Valerie's brother, Steven, plays for NBA side Oklahoma City Thunder) and I used to play as a youngster to quite a high standard.

“Anyway, I was attending a game for ex-NBL players and didn't realise there was also a celebrity game. Completely out of the blue, I got asked to play and after some consideration I thought, ‘why not?’

“I ended up playing with an XXXL basketball top which was like wearing a dress, but it was a great experience and I ended up being voted MVP. My skills were a little bit off and I found throwing a basketball was very light compared to a shot, but my defence was okay and, because of all the cardio training, my fitness was also pretty good. My body, thankfully, also stood up to the rigours of the game. I'd definitely play again, although perhaps not any time soon.

“I also have to mention how pleased I am to see the progress made by shot putter Tom Walsh. He set a New Zealand record of 20.61m in Melbourne recently and he has a big future ahead of him. Tom spent six weeks out in Switzerland training with me earlier this year, so I saw first-hand how committed he is to the sport. He's a really down-to-earth guy. With him and Jacko Gill (2012 world junior champion) right up there, New Zealand is riding the crest of a wave in the shot put at the moment.

“As for Christmas, I'm going to spend a couple of days in Tonga with my grannies, who have come over from America. The day will be all about eating, sleeping, going for a swim and spending time on the beach. It will also definitely involve absolutely no training whatsoever!

“As for my new year's resolution, well it is exactly the same as any other year. I don't set an ambition like I want to throw over 22 metres or lose 20 kilograms. It is simply to be the best person I can be. Be kind to people and represent my country with pride. It is all about love, really.

“Have a merry Christmas and happy new year,
Valerie.” 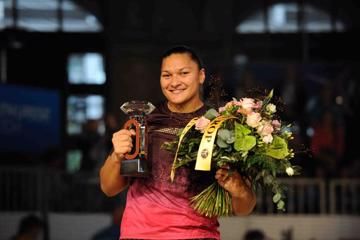 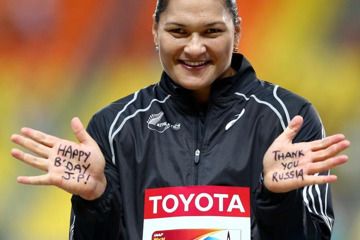 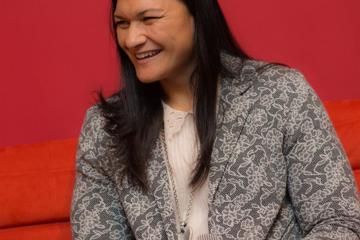