As London 2012 Olympic Games champions Jessica Ennis, Mo Farah and Greg Rutherford can testify, there’s nothing quite like winning a major championship gold medal on home soil and Ana Peleteiro experienced that feeling at the IAAF World Junior Championships in Barcelona this summer.

Still only 16 at the time of the championships, the inspired Spaniard won the Triple Jump in the Catalan city in an emotional contest which saw her improve by no less than 64cm and bound out to three successive national junior records in the opening three rounds, culminating in an magnificent effort of 14.17m.

With a 1995 birthday, and still technically a youth athlete this year, she will be eligible to defend her title for the next World Junior Championships in 2014, which will be held in 'Track Town' Eugene, in the United States.

Despite her tender years, the jumper from the picturesque fishing town of Ribeira on the north west coast of Spain was not short of international experience before her arrival in Barcelona.

She had already bagged the bronze medal at the 2011 IAAF World Youth Championships. In addition, less than three weeks after her place on the podium in Lille, she also won at the 2011 European Youth Olympic Festival in Turkey.

Coached by Abelardo Moure, Peleteiro had set a number of Spanish youth and junior records earlier in the 2012, topped by her 13.53m effort at the national junior championships held in Avilés in late June.

However, her feats in Barcelona surpassed all expectations, apart from her own.

How does one explain a 64cm improvement in one single competition?

Mentally at least, the Spaniard seemed ready to improve dramatically.

“Throughout the whole season, I always said to myself that my target was to reach the 14-metre barrier; that’s because I like to set myself nearly unreachable goals. It leads to me to make a huge effort and give my very best in the competition.”

Physically, the young ace also went to the World Junior Championships in impressively shape. “My big improvement is so simple to explain, I had peaked very carefully for Barcelona. In addition, we decided to increase the length of the run up by adding one more stride and it produced a higher speed at take-off.”

Looking back to the Barcelona final, which took place on 12 July, Peleteiro kicked off the competition in style, following on from a national junior record of 13.63m the day before in the qualifying competition.

She immediately leapt 13.64m in the opening round of the final to take the lead.

Peleteiro, who became the Spanish team’s heroine in the Montjuic Olympic Stadium with their one and only medal of the championships, then strengthened her lead in round two with a massive 13.96m.

“Technically, my second try proved to be close to perfect and my speed on the runway was higher and that’s the reason why I landed much farther than in the opening round,” reflected Peleteiro.

The fireworks continued to explode with her next attempt. “Before starting my third jump I already knew it was going to be the longest by far as I had never felt such level of adrenaline, which enabled me to perform good technically, go faster than ever and to hold for longer than usual in the air for each of the three phases, through the hop, step and jump,” she added.

However Lithuania's Dovilé Dzindzaletaité gave Peleteiro some nail-baiting moments as she also managed 14.17m in the fifth round, an absolute record for her country, before both women fouled their sixth and final attempts. The Spaniard prevailed by virtue of a better second-best jump.

“Of course, I was fully aware my top place was in danger but I wouldn’t mind too much to have taken ‘only’ the silver since I had surpassed the 14-metre barrier which was my main objective.

“In addition, I competed as a youth athlete and it would have been quite logical that the junior girls would have beaten me.”

In late November, Peleteiro returned to Barcelona one week before turning 17, on the occasion of the IAAF Centenary celebrations.

“The experience of attending the IAAF Gala was just amazing. The fact that all my previous and present idols gathered in one venue at the same time was a dream come true. I was looking forward to getting to know Russia’s Pole Vault star Yelena Isinbayeva and Jamaica’s sprint ace Usain Bolt as they both are outstanding athletes. I was fortunate to be able to talk to them in the hotel, also at the Gala and finally at the farewell party. It was a great honour for me.”

Despite her success in Barcelona, Peleteiro has not changed her training routine, which might seem quite slight for a star in the making.

“I train four times a week, each session takes three hours. We’re really focused on the speed work and on my technique but I do a gym workout one day weekly as well”.

Peleteiro’s outstanding 14.17m leap would have been good enough for the Olympic Games qualifying standard although the World Junior Championships were held after the deadline.

However, Peleteiro is not frustrated by her absence at London 2012. “It might be difficult to understand but I didn’t mind at all to miss the Olympics as my season ended in Barcelona and London was not one of my targets for the year.

“I really enjoyed watching the (Olympic Triple Jump) final but one of my favourite athletes, Cuba’s Yargelis Savigne, let me down a bit, as I would have liked her to win the gold medal."

Peleteiro still expects to grow in stature physically as well as competitively. “My current height is 1.72m but, according to the medical tests, it seems I’ll reach 1.75m. As a jumper, my strongest points are my lightness and my technique while I need to improve my abdominal and lumbar strength.

Triple Jump aside, Peleteiro also enjoys other events. “My plan in the near future is to combine my specialist event alongside the Long Jump and the 100m as I consider both events are crucial for the Triple Jump. Her current bests are 5.87m and 12.09 respectively.

Long ago, in her early days as an athlete, Peleteiro also performed as a cross country runner and she even became the regional silver medallist in her age group when she was 10.

“I used to be a bit of a lazy girl. I liked running but when I was told the distance to cover at a cross country race, I would have always wished it was a shorter distance,” she laughed.

Asked about her aspirations for next summer’s European Athletics Junior Championships, which will be held in the Italian town of Rieti, she commented: “Let’s see how the contest develops but right now my only goal is to grab gold there. Anyway, should any athlete jump further than me in Rieti, never mind. It will force me to keep on fighting hard in the future.”

In the short-term, Peleteiro confirmed she will compete indoors this winter, “Where I would like to exceed the 14-metre mark again.”

On the possibility of getting passing 15 metres in the future, Peleteiro feels very optimistic. “Yes, I have set myself the target of reaching that distance during the World Junior Championships in Eugene.”

Yet, Peleteiro’s career objectives are even more ambitious than just revising the record books at home and abroad. “My goals are to become an Olympic champion and World record-holder. I would also be remembered not only for my achievements but also for how I am.”

BACK
Pages related to this articleAthletes
Ana PELETEIRO 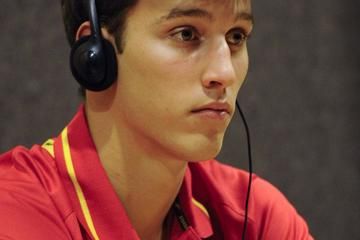 Salas and Peleteiro ready to medal on home so... 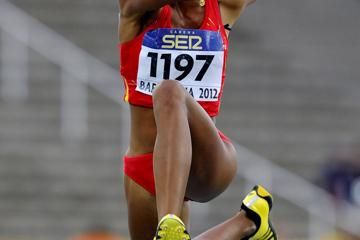 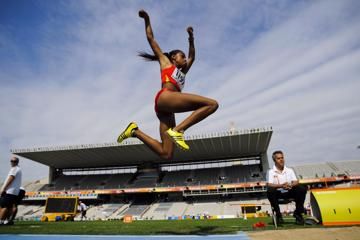 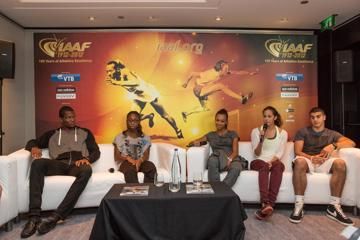