How grassroots athletics has developed in the 'Town of Runners'

The Ethiopian town of Bekoji has produced countless champions but grassroots athletics has been sorely underdeveloped until Running Across Borders initiated a project in 2008 to support local coaches and runners.

In association with the IAAF’s social development programme Athletics for a Better World, Running Across Borders and Edinburgh University's Global Development Academy welcomed nearly 100 people to a screening of the documentary Town of Runners last month.

The main protagonist of the documentary was Ethiopian coach Sentayehu Eshetu, who was present at the screening as part of his week-long trip to the UK to raise awareness for grassroots athletics in his training base of Bekoji, a provincial town situated about 300km to the south of Addis Ababa.

In a country long associated with poverty, famine and war, long-distance runners such as Kenenisa Bekele, Tirunesh Dibaba and Derartu Tulu have been a perpetual source of national pride. All three were born and raised in Bekoji and started to run under the guidance of Eshetu. Some 16 Olympic medals over two decades have been accumulated from athletes originating from this town, but support for grassroots athletics is limited.

“In terms of natural running terrain, Bekoji has it all: hills, forests, trails, altitude,” said project founder Malcolm Anderson. “But the facilities and interest in the support of athletics was non-existent apart from the figurehead of the town, Sentayehu Eshetu, who has been based there for the past 39 years initially as a PE teacher in the local schools.”

Since 2008, UK-based organisation Running Across Borders has been supporting grassroots athletics in Bekoji. This support has increased as a legacy of the award-winning documentary Town of Runners and since the start of the year, Athletics for a Better World has provided additional assistance to local coaches and up-and-coming runners who dream of becoming the next Bekele or Dibaba.

While Addis Ababa is where most of the professionals train and live, their development stems from remote corners of the country such as Bekoji where resources are scarce and facilities rudimentary. Backing from Running Across Borders and Athletics for a Better World has meant runners and coaches alike have received new equipment from running shoes to massage tables, as well as funding to cover living costs and travel to races.

And while some of the Running Across Borders’ alumni have gone on to eke out careers on the international stage, the project also demonstrates there are opportunities to be sought in running beyond the professional circuit.

After struggling to make the grade as a runner, local resident Biruk Fikadu has learnt English, gained a business qualification with the support of the organisation and now helps to coordinate visits and training programmes for Running Across Borders. He also travels the world alongside Sentayehu as his translator.

Local coaches from Bekoji – including the town’s first female coach – will also be heading to Addis Ababa later this year to further their knowledge by participating in IAAF-organised coaching courses.

Aside from grants and donations, one of the pillars of Running Across Borders’ longevity so far has been the social entrepreneurial approach to funding by offering guests from around the world the chance to visit and train with Eshetu in Bekoji.

“It’s a running experience like no other in a location like no other,” said Anderson. “You get to train with Eshetu, his assistants and athletes from the Bekoji project, a running guide so as not to get lost on any trails, amazing sunsets, unique settings famous for being known as the home of Ethiopian star athletes and the benefits of altitude.”

Sport can be a powerful medium in any society, and no more so than athletics in Ethiopia. Athletics for a Better World is pleased to be at the heart of these efforts to support ongoing projects in the country. 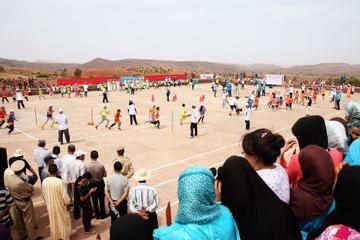 Athletics for a Better World makes an impact ... 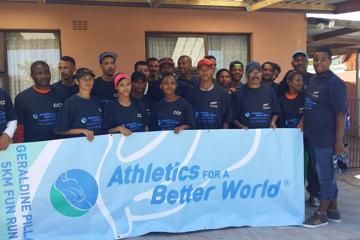 Let’s Run for our Communities is South Africa... 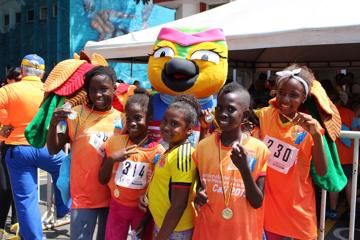 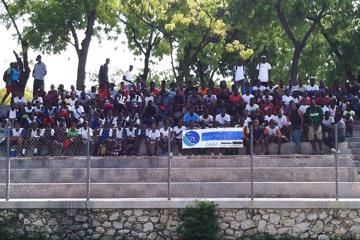