China is no longer known as a middle and long-distance powerhouse. Their record in cross country is even less remarkable.

The last time they fielded the requisite four scorers at the IAAF World Cross Country Championships was in 2006, when Bao Guiying finished 18th in the senior women's race, leading China to an eighth-place finish in the team contest.

Yet, China has set its sights on improving its athletics standings at the 2016 Olympic Games in Rio. The country of about 1.36 billion people will host the 2015 IAAF World Cross Country Championships on 28 March in the southern province of Guiyang, as well as the IAAF World Championships from 22-30 August in Beijing.

In late 2012, members of the Chinese Athletics Association (CAA) approached Renato Canova, who was in Beijing conducting an IAAF-sponsored lecture, about spearheading their endurance program.

Why would the legendary Italian athletics coach be interested in taking on such a daunting project?

“I found people, in CAA and in my staff, with high human values, and very high education and respect,” the ever-forthright Canova responded via email. “I'm disappointed to see how the most part of young people in Italy (and generally in western countries) today lost these values, which can still be found in China.

Canova has been true to this philosophy throughout his long career, moving from great success with Italian marathon runners in the early 1990s to work with Kenyan distance-running stars, with a stint in the early 2000s as the Qatari national coach. In each instance, he left world records, world titles and Olympic medals in his wake. But of course, China is no Kenya, as he has discovered.

There are no clubs in China, as there are in Europe, nor are university teams a source of potential runners. Running is not a part of the Chinese culture, as it is in Kenya.

“A province with 50 million people can produce, sometimes, less than fifty athletes, in all athletics events. This means also, big difficulties to recruit athletes,” Canova said of attitudes towards the sport.

Recruitment and athlete development is the purview of the individual provinces, and therein lies the challenge:

“The limit Chinese long-distance runners had in the last years (in 2013, China had the worst results all time in the endurance disciplines) is mainly due to the domestic organisation of the activity,” said Canova.

“There is a system of points athletes need to accumulate in order to be allowed to compete in their National Games, the main competition in China, carried out every four years, in the year after the Olympic Games. The National Games are practically their domestic Olympics. In the National Games, provinces provide big incentives to athletes and coaches who win medals (apartments, cars, interesting jobs), and Chinese activity turns around these Games.

“The fact is, provincial coaches are not really interested in coaching at the top level or making international championships. Chinese athletics has a particular dichotomy: the provinces, which are the main source of recruitment, are also the limit for the development of Chinese athletics, having interest only in activity inside the country.”

Another challenge middle and long-distance athletes face in China is suitable training areas.

“Every province has sport schools, in many cases with a high standard of facilities,” Canova said. “But these facilities are the best when we look at some indoor sport, such as gymnastics, table tennis, badminton. In athletics, it's possible to produce high-quality athletes in jumping, throwing and sprint events—in other words, all the events possible to develop inside a stadium. But this high level of facilities is the limit for the development of middle and long distances.

“In China, it's very difficult to find some rough road where it's possible to run for many kilometres without using very short loops. In 1993, the period of the top Chinese women, China was a little bit like Africa now: it was possible to find, and to use, long, rough roads in the forest, and the possibility to run 40km per day was normal. Instead, when I arrived in China, I discovered athletes preparing for marathon on the track, and this is very limiting, since coaches in the provinces normally work on a track and want all the athletes with them.”

Though he’s fluent in many languages, Mandarin is not one of them. Canova communicates with athletes through an English translator, but admits: “It's not easy to give the right input speaking through another person, who normally is not an expert of athletics.”

While generally optimistic, the CAA was brutally pragmatic in assessing their best medal chances. “In middle and long distances, we have a problem other sectors don't have: this problem is called Africa,” said Canova. “For men in these disciplines, it's practically impossible to be competitive at World Championships and Olympic Games. So, the choice of CAA was to focus 90% on women’s activity.

“My position is that I work for developing all middle and long distances, men and women, lecturing, giving training plans and supporting coaches working with men, but as direct coach, I work with women only, who are the only ones with some chances for reaching the final at the next championships.”

To be more competitive internationally, he had to start with overall fitness. “We need to improve everywhere – volume and intensity, and especially the volume of intensity.”

Starting in late 2013 with a group of athletes who had “not trained at all” in the three months following the National Games, Canova brought a group of Chinese women to Iten, Kenya in the early months of 2014 to experience its world-class running environment.

On only seven months of the Canova program, China showed well at the 2014 Asian Games, particularly 800m bronze medallist Zhao Jing, who set a PB of 1:59.48 after starting the season with 2:08.97, and steeplechase silver medallist Li Zhenzhu, who ran 9:35.23.

In the first two months of 2015, the Chinese women will train on the rolling dirt roads of Ethiopia, a rare experience, before returning to a training camp in Guiyang to complete preparations for the World Cross.

“In China, a real cross-country activity doesn’t exist – athletes always run on flat surfaces, mainly tarmac,” said Canova. “This year, the World Cross Country Championships are a domestic affair, and personally, I feel shame to have a too weak team.”

Bai Xue, the 2009 world marathon champion and the country’s most successful distance runner of recent time, is recovering from a bone spur and torn achilles tendon. She is training again and plans to compete at shorter distances in the summer 2015, with a full marathon planned for the autumn.

Taking hosting obligations in his stride, Canova has risen to the formidable challenges China presented, mapping out an ambitious, but feasible, route to Rio. The World Cross Country Championships and the World Championships are stepping stones along the way.

Sarah Barker for the IAAF

BACK
Pages related to this articleDisciplines
Senior Race 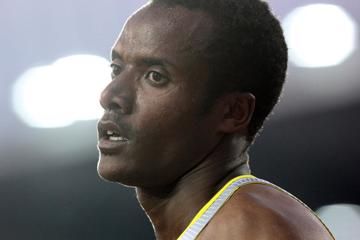 Edris hopes to strike gold twice in China in ... 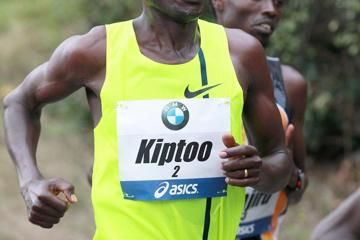 Never too late to win major medals, says ever... 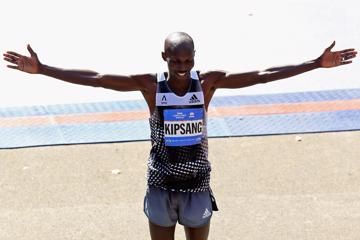