World and Olympic 800m champion David Rudisha has battled a knee injury for a full year. But now the world record-holder is finally ready for a highly anticipated comeback.

His last race was at the IAAF Diamond League meeting in New York last year, but his injury problems began soon after his victory there and he was forced to end his 2013 season early, forgoing the chance to defend his world title in Moscow.

Yesterday the organisers of the IAAF Diamond League meeting in Eugene officially announced Rudisha’s participation in the 800m on 31 May in what will be his first competition for more than a year.

You were supposed to make a comeback on 9 May in Doha, but you withdrew only a few days before the IAAF Diamond League opener. What was the reason?

David Rudisha: One week before Doha, I went for my first track session after almost one year. It was on the dirt track at Kamariny near Iten. After that workout I felt a slight pain in my left calf muscle. Nothing serious, but I decided together with my coach, Brother Colm, to postpone the comeback. We didn’t want to risk anything, now that the knee was finally okay.

I was really disappointed. I am really longing to compete after almost 12 months. Now I am focusing on Eugene. My latest training sessions were good and I believe I can get back to a high level.

What were your thoughts when you saw the Doha race on TV?

DR: It was a really nice race, a tough finish between Mohammed (Aman, the world champion) and Nijel (Amos, the Olympic silver medallist). I wish I could have been there but at the end of the day, it might be even better that I now have three more weeks.

I’m aware that everybody expects me to continue where I had left – and that’s why I cannot afford to be in a race when I am not ready. One thing is certain: I will not change my tactics. I am a front runner and I have always been.

Let’s talk about last year. The injury in your right knee started bothering you at the Diamond League event in New York on 25 May. You still managed to win the race, but it was your last race to date.

DR: It is psychologically very tough, especially when you are used to dedicating most of your time to the sport you love. Your work is training. But now you are not healthy enough to go out there and train. And to make things worse, you see the others training and competing. You feel miserable, somehow helpless. You never know how long it will take and if you will ever be back at the same level you were before.

The knee joint is a very complicated mechanism. I had to accept the situation and learn to be patient.

After the injury, I believe you were spending a lot of time having treatment in the German city of Tübingen, where your manager, James Templeton, lives.

DR: That is true. Soon after the injury occurred, I went to Germany for different check-ups and a first round of therapy. After coming back to Kenya, I had some rest, almost three months. We wanted to see if the problem would disappear on its own. But it didn’t. That’s when I went back to Tübingen.

In October they did a so-called key-hole surgery. They checked inside the knee. Fortunately, no serious damage was found, even both meniscuses were still intact. They just found something small floating and they sucked it out. Nevertheless, back in Kenya, I still felt the pain.

For how many months did you not run at all?

DR: In December I tried a bit. But the pain was still there, so I had to go back to Tübingen for the months of January and February. Only since then, from early March, was I able to start with some form of training: first only 10 or 20 minutes very easy, than 30 and later also some fartleks and speed work.

What kind of alternative training did you do to keep fit?

DR: I did a lot of gym work, sometimes two to three hours a day, and a lot of specific exercises for strengthening and stabilising the knee. I also did quite a lot on the indoor bike. I got more tired doing that than in a workout on the track!

Sometimes, my motivation was very low. You don’t see if what you are doing is really helping you. As a runner, your main job is supposed to be running, not doing exercises in a gym.

Now you are finally ready for your comeback, is the knee not an issue anymore?

DR: The injury has gone. The pain has gone. But it is still somewhere in your mind. You are still thinking about it, maybe even waiting if you are going to feel anything. Only for the last three weeks or so was I able to follow a proper training regime. But a track session cannot replace a race. I think I will need at least one or two good races before my mind will be completely free and back to where it was before the injury.

In your absence, Mohammed Aman had a great year, winning the world titles indoors and outdoors and running 1:42.37.

DR: Aman is a very good athlete, no doubt about it. I have lost two times against him. He is the only one who has beaten me in the past four or five years. Mohammed Aman, Nijel Amos and Duane Salomon did well in 2013. I’m happy with the way they have tried to follow in my footsteps.

Nevertheless, without being arrogant, I think when I am in good shape, I am still the one they have to consider. Whenever I am in the race, they are watching me. I am looking forward challenging them in Eugene.

What is your main target for the comeback season?

DR: The most important thing for me is to come back and to be back on a good level. I would like to compete at the Commonwealth Games; that gold medal is still missing in my collection. And then the focus will switch to next year’s World Championships. I hope I can finish the season on a high.

Does it mean that if everything goes according to plan, you think you can manage a fast time towards the end of the season?

DR: Maybe at the end of August in Zurich. I love that event and the public there. In 2012, I didn’t do well; I was too tired after the Olympics. I hope it will be different this time. But let’s be clear: only after my first few races will we know where we are heading to. I have to move step by step. It is a slow process and there is no shortcut.

Jürg Wirz for the IAAF 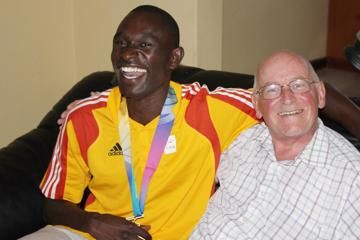 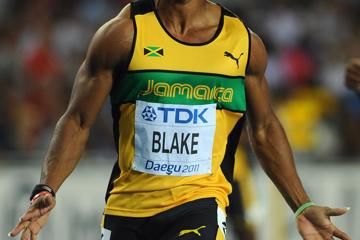 Reigning champions Blake and Rudisha out of W... 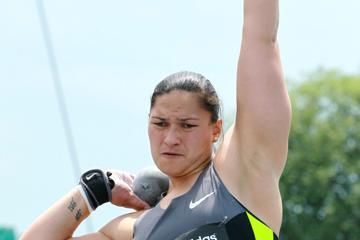 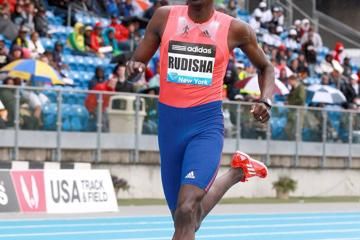