Cheats beware! The IAAF anti-doping strategy ahead of Beijing

A comprehensive and far-reaching anti-doping programme has been carried out in the countdown to the IAAF World Championships, Beijing 2015.

The Q-and-A below gives details about the IAAF strategy to catch the cheats.

What has been the IAAF's approach to testing in the countdown to the IAAF World Championships, Beijing 2015?

The key point is that the core part of the testing programme really started more than six months ago.

The IAAF out-of-competition testing programme for the past six months, and more, has been targeted at those athletes likely to be competing in Beijing.

The most important time to be testing many athletes is during the off season when heavy training loads are taking place and this approach is no secret. But it is often easier for sports to simply pile on the tests during an event itself and claim a successful anti-doping programme.

The reality in athletics is far from that scenario. The testing in Beijing will be important but nowhere near as important as a truly no-notice out-of-competition (OOC) programme conducted during the preceding six months, or longer.

The OOC testing has been intelligence led, and specifically targeted based on known risk factors for doping.

The IAAF also liaises closely with the various national anti-doping agencies to ensure that its own OOC testing is maximised, concentrating on filling the gaps where no effective national testing programmes exist.

Other times that are just as important to test include, for example, the lead up to qualification events, or when we know that athletes will be chasing qualification marks.

The IAAF is also heavily utilising specialist analysis such as the IRMS (isotope-ratio mass spectrometry) test for EPO, Human Growth Hormone (HGH) and other substances. It is more expensive and, at times, harder to coordinate, but it is crucial that the tests are analysed as often as possible for all possible banned substances (based on the risk factors for the relevant discipline).

Does your anti-doping strategy differ from the IAAF World Championships, Moscow 2013?

It doesn't differ greatly, but there are a few small and important differences. The IAAF continues to build its biological passport database. For the blood passport, this means we have more profiles to guide target testing which helps determine where and when testing occurs.

We also concentrate during this lead-up period in adding to existing suspicious profiles.

Also new since Moscow is the addition of the steroidal (urine) component of the biological passport.

This acts in the same way as the previous blood passport but uses parameters within the urine sample to look for changes in steroidal values. Again, with these new profiles, the IAAF is better able to target its testing including the use of the IRMS test to detect exogenous steroid use.

Certainly these new steroidal passports are providing some excellent information to assist the IAAF with targeting.

Will you be blood testing in the countdown and during the IAAF World Championships, Beijing 2015?

Absolutely. Blood testing forms an important part of the IAAF programme and is collected throughout the year and specifically at the IAAF World Championships in Beijing too.

What is the purpose of blood testing?

There are some small differences in the way the samples are collected; the biggest being that for blood passport samples, athletes are required to have rested at least two hours before sample collection.

Can you explain the difference between blood testing and urine testing?

The main difference is that the samples are used to look for different substances. Steroids and EPO for example are found through the urine samples, while the test for HGH is done with blood samples.

There are obvious differences in the collection techniques – with blood being a lot less intrusive than the witnessing procedures for urine, although those athletes who don't like needles would probably argue that point!

Finally, there are also differences in the requirements by the IAAF for shipping of samples. There are stricter rules on how quickly blood samples need to arrive at a laboratory for analysis whereas, in general, the urine samples – as long as they are not subject to temperature variations – are a lot more stable.

What is your in-competition anti-doping programme?

In order to maintain the integrity of the programme, the IAAF doesn't disclose its actual testing programme for the event. Suffice to say, it will include testing both pre- and in-competition. There will be a significant amount of testing, but the emphasis on the programme is on quality rather than quantity.

Can you explain your anti-doping strategy during the IAAF World Championships, Beijing 2015?

Testing will target medal winners, but certainly they are not the only athletes who will be tested. Again, the IAAF will use all the intelligence it has at its disposal to target testing, where it thinks they are most warranted. Additionally, it is important to point out that the IAAF will be storing samples from this event for future re-analysis.

The new WADA Code has increased the statute of limitations to 10 years, so at any stage during that period the IAAF can re-analyse the samples using new technology to look back and try to catch cheats.

Already this technique has caught out athletes from previous World Championships (and Olympic Games), and should serve as a warning to those who are doping. 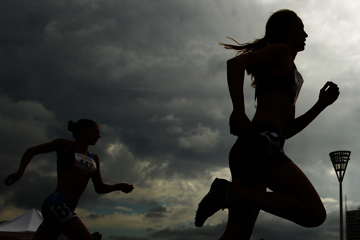 IAAF statement on UCI commitment to the fight...