London, UKFor most people at the Aviva London Grand Prix – Samsung Diamond League on Friday and Saturday (14) the wet weather was utterly miserable.

Too miserable for some – Tiffany Porter left in tears when a back problem flared up in her 100m Hurdles heat, Phillips Idowu left in embarrassment when he couldn’t shake off muscle tightness in warm-up, and Liu Xiang left himself out of the 110m hurdles final after feeling soreness in his back during sodden heats.

Others merely stumbled and splashed through performances below their own high expectations – Shelly-Ann Fraser-Pryce slipping in the wake of the 100m field, Sally Pearson outgunned by Kellie Wells in the 100m Hurdles, and Renaud Lavillenie unable to reproduce his 2012 form as he vaulted half a metre below par through the soggy London air.

But for one athlete the miserable weather was just a delight. "The more miserable the better," grinned Goldie Sayers after launching her first round throw to 66.17m, further than any other Briton in history.

"When it’s raining and miserable it’s a lot easier for me than for people travelling over," she said, singling herself out as perhaps the only person who wants Britain’s saturated summer to last a few more weeks.

"I hope for even more at the Games," she said. "It’s going to take even further to win gold. I hope it rains because I think it will be in my favour.

"I deliberately pulled my coach [Dan Pfaff] outside on Wednesday in torrential rain just as a practice. It’s important. As you could see in the later rounds, people do all sorts of weird things in wet weather and I didn’t think it would do me any harm."

Among the athletes doing that "weird thing" of performing below their best was reigning Olympic champion and World record holder Barbora Spotakova and this year’s world number one Sunette Viljoen who finished second and fourth respectively, some two metres and nine metres short of Sayers’ winning effort.

The Briton, though was in ripe form from the off. She raised her arms in celebration as soon as her first attempt pierced the turf beyond the 65-metre line, a huge cheer going up from the crowd, then waited in near silence before the yellow scoreboard blinked like fog lights with the figures.

She followed up with another effort over 64 metres, and reached 65.74m in the third round.

For Sayers, who celebrates her 30th birthday on Monday, it was "just a special moment", "one of my best days on an athletics track". It was also, she added, "a long time coming".

It’s the first time the Briton has shown this sort of form since she set the previous record four years ago, but that was far from being a special moment as she suffered the agony of finishing fourth at the Beijing 2008 Olympics, missing a medal by 38 centimetres, her throw of 65.75m the longest ever to not be rewarded with a medal.

Since then, the former national under 11 table tennis champion has endured an up and down few years. Unchallenged domestically – she has won 10 straight national titles – she has struggled to reproduce her Olympic form on the international stage.

She failed to qualify for the World Championships final in 2009, underwent hip surgery in 2010, and finished 10th in Daegu last year as Spotakova and Mariya Abakumova whipped up one of the great contests in javelin history.

Sayers was fourth again at the recent European championships in Helsinki, won by Ukraine’s Vira Rebryk who was third on Saturday. But the Briton, a classically trained violinist and pianist, whose father was an acclaimed country music star, appears to have hit the right note at the best possible moment.

Not that Sayers’ best will be enough to guarantee a medal. After all, Viljoen’s world lead is more than three metres further, and there are still five women ahead of her on this year’s world list.

She said: "It is very good timing but as all athletes say, there’s definitely a lot more left in there. I just need to find how to get it out at the Games, when it matters."

For now, though, Sayers can enjoy her 30th birthday surrounded by a glow of satisfaction – and the 20 friends she took to a nearby pub in south London to celebrate.

"I think the drinks are on me," said Sayers at the end of the meeting as she was handed a cheque for $5,000 for performance of the day.

A few expectations are on her too, now.

Sayers sings for more in the London rain – Sa... 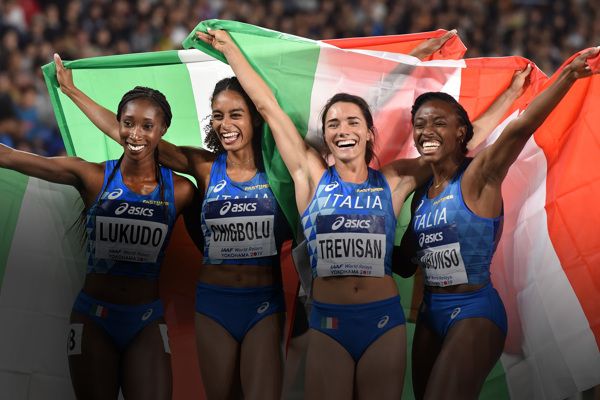