Proctor aiming for podium finish in Portland and beyond

Over the past four years, Shara Proctor has earned silver and bronze medals at global championships. Now the British long jumper wants to go one better.

In Dusseldorf earlier this month she jumped 6.69m, her best ever season opener, and followed it two days later with PBs of 7.38 and 7.36 in the 60m in Lodz.

“I’m really pleased with my season opener in Dusseldorf,” said Proctor, who is coached by Rana Reider at their base in the Dutch city of Arnhem. “It was by far my best season opener indoors. I am fit and can definitely build on that performance throughout the season.

“It was a pleasure running the 60m in Poland; it was an amazing experience even though I felt completely out of my element.”

Proctor’s plans for the indoor season include the IAAF World Indoor Tour meetings in Stockholm and Glasgow before competing at the British Indoor Championships, where she hopes to secure her selection for Portland.

“I’m definitely hoping to go to Portland,” she said. “I have one goal in mind, that's to jump far. Once I do that, everything else will follow – the medal, a personal best.

“I like to keep it simple. The less I think about, the easier it is for me to compete well.”

To say she competed well in 2015 would be an understatement. After having to miss the indoor season following a rupture of her left rectus femoris at the 2014 Commonwealth Games and undergoing subsequent surgery, Proctor bounced back with a vengeance in the summer.

She set national records of 6.95m and 6.98m at the IAAF Diamond League meetings in Doha and London respectively, and improved further with 7.07m at the World Championships in Beijing, a mark that was only surpassed by Tianna Bartoletta in the final round.

“I was beyond surprised and ecstatic after my season last year,” said Proctor, the 2013 Diamond Race winner. “It took me a while to process everything and feel real emotion from the outcome of my season.

"I didn't know what to expect going into the season and especially since I opened up in such an elite field in Doha. I felt blessed to end the season healthy so breaking the record three times was the icing on the cake.”

At the end of the season, Proctor travelled to Las Vegas, Hawaii and New York for a well-earned rest before heading to Anguilla, her country of birth, where she celebrated her birthday with family for the first time in 10 years.

Approaching Rio as an underdog

“My winter training went really well,” she added. “I’m most happy that I’m injury free – touch wood! We had a training camp in Bradenton, Florida at the IMG academy and I have been doing a lot of running and speed work.

“Having Tianna as a training partner is perfect because she’s a world-class sprinter, so I learned a few things from her. I was eager for the experience to contest the 60m because it’s a new challenge and it’s exciting for me to step out of my comfort zone.”

After Portland, Proctor plans to go back to Florida for another training camp before getting her IAAF Diamond League campaign underway. She intends to use the series to prepare for the European Championships in July and, of course, the Olympic Games in Rio.

“In the five years that I have been representing Great Britain, I have never competed at the European Championships,” she said. “This year I really hope I can, especially because it's in Amsterdam. Our group is based an hour away from the stadium so it's almost like home for me.

“I hope to make Rio a special one,” added Proctor, who finished ninth at the 2012 Olympics. “My ultimate aim is definitely to get on the podium.

“First, I will focus on executing everything I have been working on with my coach, and then everything else will follow. Last year boosted my confidence in a major way. I now know what I am capable of and I hope to build on last year’s performances.

“But I think that in order for me to succeed this year, I have to put last year’s triumphs on the back burner so that I can train and compete like an underdog.”

Nicola Sutton for the IAAF 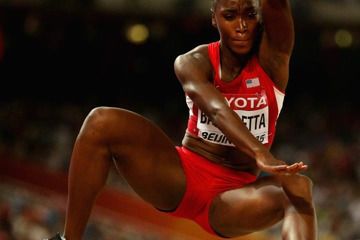 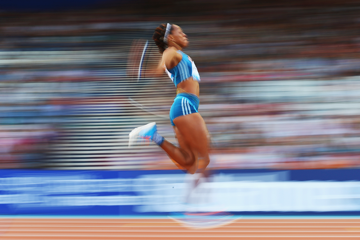