Uceny in search of career-defining success

Two of the current stars of US athletics are 1500m runners: Jenny Simpson, showing the form that brought her IAAF World Championships gold in 2011, and Mary Cain, a precocious 17-year-old who set an American junior record of 4:04.62.

Perhaps forgotten is that nine months ago, someone else was on the verge of becoming the first US woman to win an Olympic medal at 1500m: Morgan Uceny.

“I even thought to myself, ‘I AM getting a medal’,” she wrote on her Facebook page.

As she approached the bell lap in London, Uceny was within 60 seconds of achieving a lifelong goal. She was in striking position, just off the rail, near the front, unimpeded, running freely.

Instead, calamity ended all that. She was tripped from behind and fell. As runners sped away, she knelt on the track, head down, sobbing. She remained there well past the end of the race.

The scene of Uceny alone in despair was reminiscent of another American, Mary Decker, who tripped and fell into the grass infield during the 3000m final at the 1984 Los Angeles Olympics.

Yet it is not disappointment that Uceny has found herself trying to overcome. It is injuries from that spill.

In an e-mail, she said she was “fine” with the 800m because she hadn’t raced since the Olympics and had done little speed endurance training.

“Drake, on the other hand, was a different experience,” she said. “I have a few health issues that I was recently confronted with, so I’m focusing on getting healthy so that I can train and compete at a normal level.”

‘Normal’ for Uceny has been of the highest level. She had the world’s fastest time (4:00.06) in 2011 and was the Diamond Race winner – after a fall at the World Championships – and has won the past two US titles.

Yet little has been normal since the Olympics. She has coped with pain, scorn and relocation. Her training base moved from California to Loughborough, Great Britain, where her coach, Terrence Mahon, took a position with UK Athletics.

Physical scars as well as mental

Friends, family and other athletes consoled Uceny in London. Among those hugging her was sprinter Darvis Patton, who was involved in 4x100m relay disqualifications at the 2008 Olympics and 2009 and 2011 World Championships.

“I know everything that you’re going through,” Patton told her.

Uceny received fan mail from as far away as Germany. However, she was savaged on internet message boards by those who thought she should have picked herself up and finished the race.

“Initially it was frustrating because I didn’t feel that I could express my emotions in a way people could understand,” she said. “When I fell, I didn’t make a conscious decision to lie on the track and sob uncontrollably. I couldn’t think, I couldn’t move. I could only feel the heartache of a life-time dream taken in an instant.”

Also taken was the rest of the season. Her hips, spine and shoulders were misaligned, and her hip and shoulder were badly cut. She was already suffering from chronic foot soreness that had plagued her since the US Trials.

Pain became so severe that she was hospitalised and put on medication. On a visit to her hometown of Plymouth, Indiana, she was hobbling as if crippled – a scene that distressed her mother.

“It was a long, gruesome recovery,” Brenda Uceny said.

No stranger to hard work

Discipline and work ethic were not lacking in Uceny. She was raised with those virtues.

She once hauled mortar and bricks for her father, a bricklayer, and earned money during college breaks by washing school buses. She shovelled manure of cattle and goats that she entered in livestock contests.

Thus she didn’t complain about adjusting to what she called “less than ideal weather” in Britain. In January, she travelled with her training group to Iten, Kenya, to run at a high-altitude camp (2400m).

Terrain featured hills, rocky dirt roads and forest paths. It was an environment with no distractions: a room with a bed, a desk and adjoining bathroom, and meals eaten in a common dining hall. It was “a positive experience”, Uceny said.

“I think we will continue to train in various locations. It’s all about finding the most ideal training location for that time of season.”

Uceny, 28, showed talent as a teenager but was no Mary Cain. Basketball, not track, was her sport of choice. Her high school track coach, Roy Benge, said his primary goal was to keep her interested in the sport. His dilemma was in what event. She was the team’s fastest at every distance from 200m to 2 Miles.

“I could never find the bottom of Morgan’s gas tank,” Benge said. “Her resting heart rate was just phenomenal.”

The coach tried to persuade Uceny that her best event would be the Mile. He was prescient. She was resistant.

“You would have thought I was asking her to run the Marathon,” Benge said.

Collegiate success on and off the track

After graduating in the top 5% of her high school class, she opted for the Ivy League and Cornell. She said it was an honour for her and her parents, neither of whom attended college.

Yet she ran poorly in her first college season. Cornell coach Lou Duesing was baffled. Uceny was embarrassed. She said she drank too much and gained 10 pounds.

“That really changed me as a person because that’s not who I was,” she said. “After the next summer, I came back an entirely different person.”

In Uceny’s final year of college, two crossroads redirected her future. The first came when Duesing, in order to alter the routine, entered her in a 1500m at the Eastern College Athletic Conference meeting. Unlike high school, Uceny enthusiastically responded – and won. The second came at the 2007 US Championships in Indianapolis, where she was unexpectedly fourth in the 800m in 2:01.75.

“One of the things that she struggled with in college, that she���s done great job with since, is confidence,” Duesing said. “Even though she had run fast times, she would get to the NCAA meet or something like that and just start to doubt herself a little bit.”

She has continued to climb since college. She finished fourth at the 2008 US Olympic Trials in the 1500m – one spot from Beijing. She has thrived under the direction of Mahon, whose multiple Olympians have included 2004 Marathon bronze medallist Deena Kastor.

Uceny has repeatedly stated that falling in Daegu and London won’t define her. She made no identifiable tactical error at the Olympics. She is not finished with the 1500m.

“The goal this year is to make the team and compete for a medal in Moscow,” she said. “In 2014, I am looking forward to having an ‘off’ year and just experimenting with training and racing; hopefully chase some fast times in various events.”

BACK
Pages related to this articleAthletes
Morgan Uceny 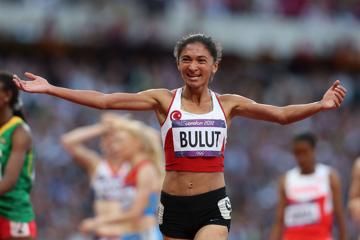 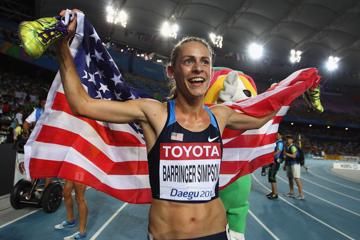