How Wavelight technology has opened up new possibilities in athletics

Embracing new exciting virtual formats, the Impossible Games in Oslo on Thursday (11 June) will be one of the most innovative athletics meets in the history of the sport.

The landmark evening of athletics competition will witness a 2000m team event showcasing athletes running in the stadium against those in different countries while world pole vault record-holder Mondo Duplantis and 2012 Olympic champion Renaud Lavillenie will reprise their Ultimate Garden Clash from early May.

However, perhaps one of the most talked about innovations of the evening at the Wanda Diamond League exhibition event is the adoption of Wavelight technology for many of the track events.

Named Wavelight after the Mexican wave because of the similar fluid motion of the lights, the system will be used along the rail (inside of the 400m track) in which the lights will flash at an assigned pace for selected races.

The innovation has two values: one to enable the athletes to better target a specific pace or target time and, secondly, to add greater value to the spectator experience.

The genesis of Wavelight technology can be traced back to Dutch-based sports lighting specialists SPORT Technology. A leader in the field of lighting solutions for a range of sports – including soccer, tennis rugby, field hockey and athletics – the company was approached three years ago by their local athletics club in the town of Zeewolde to create a lighting feature at a newly installed track to help attract more runners to use the facility.

After brainstorming several ideas, the company designed and installed the first version of what is now known as Wavelight.

“We created a lamp-based pacing system which sat under the track drainage cover facing upwards,” explains SPORT Technology owner Elfried Keers. “The lights lit up which allowed runners to appreciate the speed that they were running.”

Hermens, a former one-hour world record-holder and Nike employee, has long been an advocate of modernising the sport – and he immediately saw potential in the product.

“I thought how helpful this could be at say a university, which needed to set up the training programmes with different groups doing different sessions,” says Hermens. “I saw how the system could be so much easier for the coaches to oversee the sessions by using the technology and asking the athletes to follow the prescribed pace.”

Keers and his team worked on a new design. To aid the coach’s view of the session, the lights were placed under the drainage cover on the inside rail of the track.

Displayed in four different colours – green, white, red and blue – the lights have five different start points around the track: at each 100m point and the mile start.

Global Sports Communication coach and 2006 European 800m champion Bram Som was also asked to offer input into how Wavelight could be used practically as a coaching tool.

Later installed at his local track in Nijmegen, Som says the innovation has transformed the way he coaches.

“What I really like about it is because the lights operate at a set pace I don’t need to spend as much time looking down at my stopwatch,” adds Som, former coach to Olympic 1500m champion Faith Kipyegon. “This then allows me to focus 100% on the athletes throughout the session. I can more clearly see how they are reacting.

“The Wavelight is an instrument which allows me to do very specific sessions. It is also now much easier for me to control bigger training groups of say 20 people running different sessions rather than having four different stopwatches running.”

Even inputting the information into the Wavelight system such as the pace, number of reps and any rest periods is very straight-forward with Som executing what is required from his phone.

Wavelight may offer numerous coaching and training benefits but it was Hermens who spotted its potential as a tool enhance the spectator experience.

“I saw the technology as not only benefiting the athletes but also the spectators at the meet,” explains Hermens. “The Wavelight gives far more meaning to the races and allows fans to become engaged for much longer.”

Keen to introduce Wavelight into the 2018 FBK Games in Hengelo, World Athletics President Sebastian Coe granted him approval with the two-time Olympic 1500m champion adding in a letter: “The world of athletics needs change. We need daring organisers, who are not afraid to try out new ways, new innovations.”

In order to meet the requirements of the spectators, Keers and his team further tweaked the design to include a high output lamp to improve visibility.

Successfully first used at the 2018 FBK Games in Hengelo followed by the Nijmegen meet, Som recalls how Wavelight technology helped a bunch of athletes fulfil the European 5000m qualification time in the latter meet.

Last year the technology was repeated at both events as well as the Night of 10,000m PBs in London which incorporated the European 10,000m Cup, helping dozens of athletes to PBs and an Israeli record for Lornah Salpeter.

On Thursday the Impossible Games will adopt Wavelight technology for several races, including the women’s 3000m where Karoline Bjerkeli Grovdal will be attempting to break Grete Waitz’s long-standing Norwegian record.

With Wavelight fully approved by World Athletics, Hermens is excited by the prospect of the lights helping athletes achieve their goals in Oslo and at other events in the future.

Yet he insists the technology should not be thought of as purely a tool for elite athletes. Club athletes can also find huge benefit in the product and even youngsters during their more formative years in the sport can be engaged.

“You can imagine the young kids playing a fun game of ‘catch the light’,” he says. “There are many things you can do. You just need to be creative. The possibilities are endless for Wavelight. This is only the beginning.” 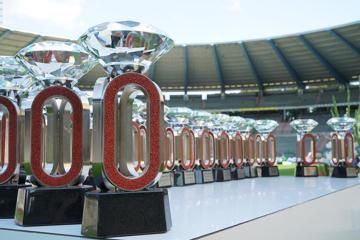 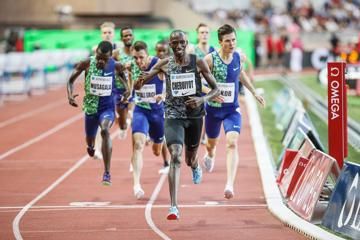