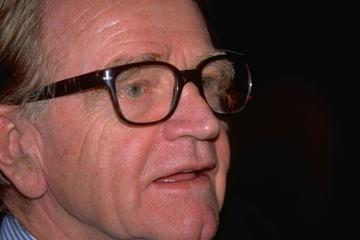 The IAAF is saddened to receive the news that former 5000m world record-holder Chris Chataway died on Sunday (19) at the age of 82 after battling with cancer for two-and-a-half years.

One of Britain’s best middle-distance runners, Chataway competed at the 1952 Olympic Games in Helsinki but tripped on the curb on the final bend of the 5000m and finished fifth.

One year later he set his first world record as part of the British 4x1mile team that clocked 16:41.0 in London in an international match against France.

In 1954 he played a crucial pace-making role in Roger Bannister’s sub-four-minute mile world record, then two months later Chataway finished a close second to Fred Green in the 3 miles at the AAA Championships as both were credited with a world record of 13:32.2.

The positions were reversed one month later at the British Empire and Commonwealth Games in Victoria as Chataway took gold, two seconds ahead of Green.

Later that summer, Chataway took the 5000m silver medal at the European Championships behind legendary Soviet runner Vladimir Kuts, but Chataway ended his 1954 season by gaining revenge on his rival at a Lonvon v Moscow match on home soil, passing Kuts in the final 20 metres and breaking the 5000m world record with a mark of 13:51.6.

That performance played a large part in Chataway being named the inaugural BBC Sports Personality of the Year for 1954.

In 1955 Chataway once again improved the 3 miles world record and in 1956 he represented Britain again at the Olympic Games, finishing 11th in the 5000m. He retired from competitive athletics shortly after, but continued to run throughout the rest of his life.

”He was gallant to the end,” Bannister told BBC Sport. “People will always remember him for the great runner he was but it shouldn’t be forgotten that he had an extremely distinguished career off the track.”

Following his retirement, Chataway enjoyed a successful career as a politician and broadcaster. He was knighted in 1995 for his services to the aviation industry.